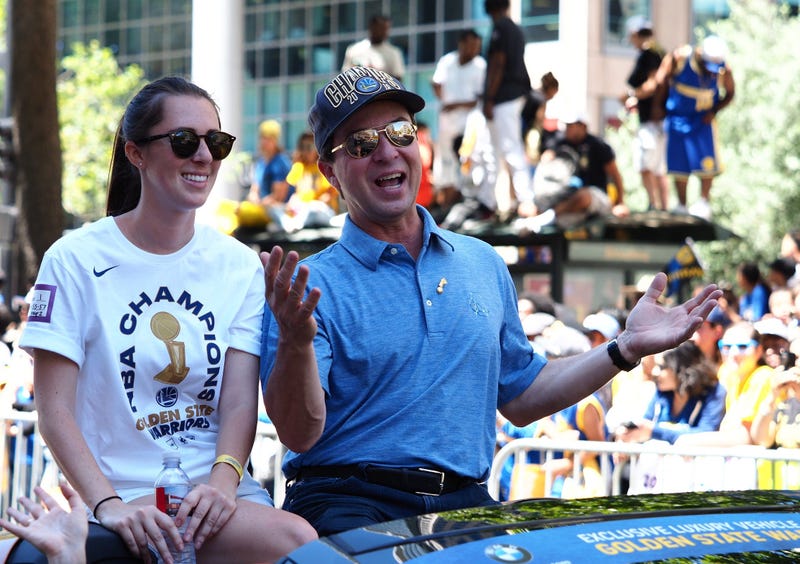 “Bob Myers is one of the best in the business. Sometimes you’ve just got to let really smart people do really smart things, and Joe’s been great at that.”

And that famous light-years line, how’d that go over with the other 29 owners?

“Everybody got a good chuckle,” Cuban said. “But we all have egos and we all say stuff that we kind of look back and shake our head at. But, look, when you’re winning, you’re on top of the world.”

A few quick odds and ends...

On Don Nelson:
“He’s the Godfather. I don’t know if you’ve seen him recently, he’s got long hair. He wears these black suits. He looks incredible.”

Don Nelson’s hilarious answer when asked what he’s been up to --. pic.twitter.com/yhZ089sibj

“I’m hoping he’s going to make it to Dirk’s last game in Dallas on Tuesday. It will be great to see him.”

On if he’s ruled out running for president:

“Not 100 percent, but it’s not a likelihood -- let’s say it that way. The definition of bad parenting is having kids nine, 12 and 15 and running for president. So, if I didn’t have kid, I would definitely do it.”

On the worst thing about being a billionaire: