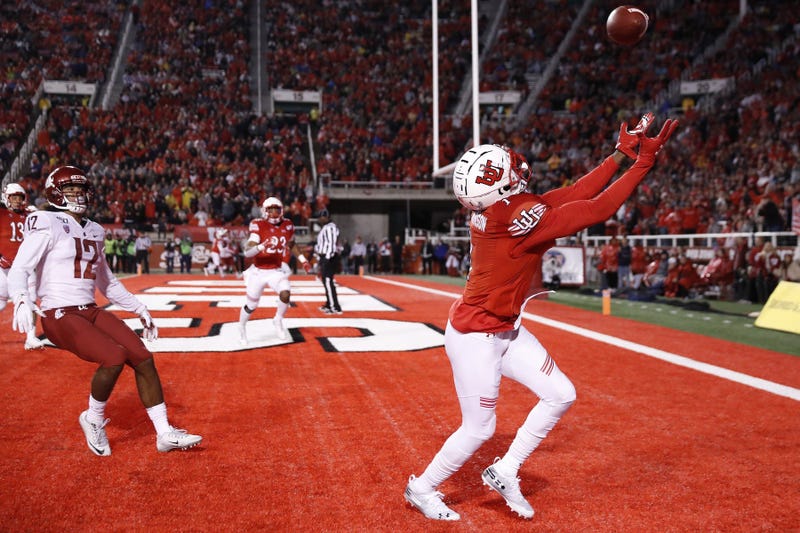 For their first time atop the San Francisco 49ers organization, John Lynch and Kyle Shanahan will be challenged in the NFL Draft. In three years, the duo of Lynch and Shanahan have lived in the top-10 picks, tapping consensus blue-chip prospects with their selections. In 2020, the 49ers will have to venture into uncharted territory.

While owning the draft positions of 13th and 31st is a dramatic difference from being on the clock with the No. 2 overall selection. Shanahan and Lynch will need to adopt a new philosophy when it comes to draft day.

Coming off a trip to the Super Bowl, the 49ers are in win-now mode. In 2020, the approach will be divergent from eyeing a player to help stack their rebuild. Shanahan and Lynch will need to find a pair of players that can help them extend their reign over the NFC.

Lastly, with limited capital outside of the first 32 picks, Shanahan and Lynch will have to navigate up and down the draft as they've never had to do before. Trades are likely, but impossible to predict. The available depth at certain position groups could force the 49ers' hand in a possible trade scenario.

To start, the 49ers need visible help at both the cornerback and wide-receiver positions — two groups stocked full of talent outside the first round. With the depth available at defensive back and wideout, the 49ers could nab a starting-caliber player in the second or third rounds if they can acquire the right type of capital.

Without further ado, here is how I would handle the 2020 draft if I was at the head seat in the 49ers virtual draft war room. (This edition of the 49ers seven-round mock draft will come without trades).

I know, I know — another defensive lineman in the first round? Well, yes, because Javon Kinlaw is that good. Kinlaw brings the hands of a heavyweight boxer to each rep. His relentless motor helps his intimidating bullrush move that overpowered the toughest competition in the Southeastern Conference. The Junior College transfer arrived at the Senior Bowl and showed off in practice as the best player on the field at Ladds-Pebbles Stadium.

In my opinion, subtracting DeForest Buckner is a more dramatic loss than 49ers fans are expecting. While Kinlaw won't replace the leadership and experience of the former San Francisco pro bowler, he makes the loss of Buckner less of a blow to the 49ers' strongest position group. San Francisco's lethal defensive front helped will them to an unexpected Super Bowl run; Kinlaw's addition would preserve that identity.

Okay, while we're here, let's talk about wide receiver. Remember what I said about depth? You have to trust Shanahan's eye in identifying a receiver he can get production out of later in the draft. Henry Ruggs III is the best wideout in the class. Although he would bring a sexy new dynamic to Shanahan and Jimmy Garoppolo's offense, there's a strong chance he's off the board in the top-10 — the NFL rarely waits on 4.2 speed. If Ruggs is gone, I expect Shanahan and Lynch to wait on wide receiver help, (stick around for round five).

My goodness is Javon Kinlaw powerful. Puts the Missouri center on skates. His hands are explosive. pic.twitter.com/MXlHsoEfRh

If 49ers fans aren't familiar with Utah's Jaylon Johnson, now is the time. The two-time First Team All Pac-12 selection is a gritty defender that plays with an unmatched brand of physicality and swagger. Johnson is patient out of the gate, but flips the switch to aggressive when the ball is in the air. At Utah, Johnson primarily played outside, but has twitchy quickness and footwork to shift inside if needed. The Ute is a willing tackler that isn't afraid to strike inside.

The Fresno native would bring the mindset of an ultra-competitive playmaker to a 49ers cornerback room that has some question marks outside of Richard Sherman.

Tonight on at 7 PM, my guy Jaylon Johnson (@NBAxJay1) will join @957thegame for the start of NFL Draft Week. #49ere fans might want to tune in. pic.twitter.com/UtDxzoBzQk

Okay, we did it — a wide receiver to the San Francisco 49ers. While there's still a strong chance the 49ers bring in a pass-catcher through a trade, Isaiah Hodgins is an intriguing prospect no matter where he comes off the board.  The Beaver wide receiver is a reliable pass-catching option with fantastic hands. At 6-foot-4, 210 lbs, Hodgkins has superior body control when the football is in the air. Plucking 13 touchdowns during his Junior season in Corvalis, Hodgins would immediately add a red zone threat for Garoppolo.

With limited workout availability in the predraft process, it wouldn't be a surprise if NFL leans on players who participated in the Senior Bowl. Following suit, the 49ers go back to Mobile for their final four picks, where they've had success at finding talent in the past.

While the 49ers grabbed their hawking aggressive corner in the first round, in round five, they double-dip to select a smooth corner from Pitt. Dane Jackson is a fluid corner prospect that has a burst of grit.  The 6-foot corner has experience playing in the zone that could benefit his transition to the next level. Jackson could fit in behind his fellow Pitt alum, K'Waun Williams.

In the sixth round, the 49ers bring in a local project for their offensive line. Keith Ismael is the type of athletic mover that Shanahan covets inside. The Sacred Heart High School alum is quick out of the blocks and can get to the second level with consistency. With injuries hampering the 49ers interior, Ismael would give John Benton a safety plan ready for grooming.

C Keith Ismael of @SDSUFootball is a fun #NFLDraft prospect to watch. One of the most athletic IOL in this class w/ a 32" vert and a 108" broad jump & a bit of nastiness to boot. Fits outside zone & especially inside zone running schemes. Good day 3 pick for a lot of clubs pic.twitter.com/uXBHiublgh

In the final round of the draft, the 49ers opt for versatility. Calvin Throckmorton played nearly every position on one of the best offensive lines in college football. The Academic-All American is an instinctual offensive lineman that would provide a resourceful depth piece for the 49ers thin offensive front.

Jacob Breeland's limited athleticism will push him down most draft boards, but the productive tight end's diverse experience makes him entertaining for a late-round pick.  Breeland lined up all over the field, including putting his hand in the dirt as a blocker for Justin Herbert and the Ducks during his career in Eugene. Breeland adds competition next to Ross Dwelley behind their all-pro tight end, George Kittle.

Jacob Breeland ends up taking Evan Weaver for a ride on this play.Disengages from the double and rides Weaver over 10 yards down field. #NFLDraft pic.twitter.com/Bk9h8fZMQZ

Tune in at 95.7 The Game for all the latest NFL draft breakdowns, prospect interviews and updates on the San Francisco 49ers.