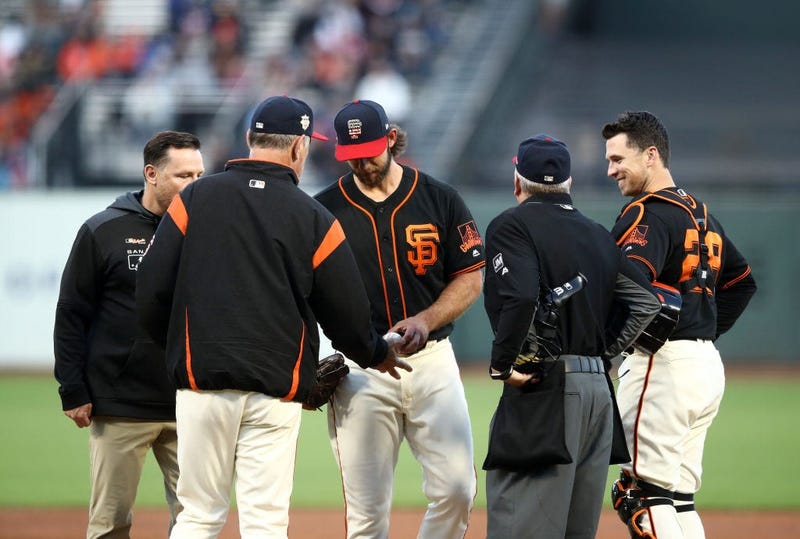 With the trade deadline looming less than two weeks out on the horizon, the Giants are one of the most intriguing, or puzzling, clubs to keep an eye on.

Amid a summer hot spell, the Giants, long left for dead in manager Bruce Bochy’s final season, have suddenly vaulted into the wild-card conversation. Entering play on Wednesday, the Giants, 46-49, were three games back of the second wild-card spot.

ESPN’s Jeff Passan reports that the surge won’t impact Farhan Zaidi, whose job is to keep the organization’s global perspective in mind:

“San Francisco's recent success isn't throwing a wrench in the team's trade-Bumgarner-and-all-the-relievers plan. Even with their best run of the year, the Giants are three games below .500 and have the third-worst run differential in the NL. They are selling. One more time, a bit slower. They. Are. Selling.”

According to Passan, the Giants actually tried to trade Bumgarner last month. Along with the lefty starter, closer Will Smith, as has been widely rumored, promises to be a popular target.

“If Smith isn't the crème de la crème among relievers, he's certainly in the coffee mug.”