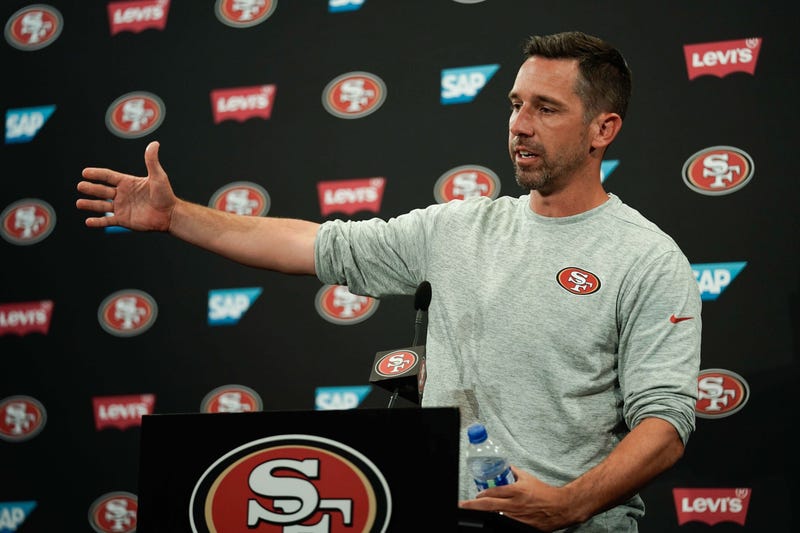 It’s time to put together results or go home — and the 49ers know that.

49ers head coach Kyle Shanahan said during his introductory press conference that he’s happy with how the team has built the culture heading into Year 3, but just building isn’t good enough anymore.

“Now it’s time to win some games. We need to get better,” said Shanahan. “Our guys feel that and I think we feel that.”

In past years there’s been an overarching leniency behind the narrative of GM John Lynch and Shanahan. Each signed a six-year deal with room to build the team their way and in Year 3 they’ve accomplished that, but have they faced pressure?

“I always feel pressure as a coach,” said Shanahan.

“What I feel is opportunity,” said Lynch. “You call it pressure, you call it opportunity. I think we’re all just extremely excited to kick this year off.”

The duo has been given slack because of their bad luck with injuries, but in the season to come, that time is over. In 2019, it’s time to compete and there are no more excuses. While Lynch displayed his normal jovial temperament, Shanahan was all business.

“I love our team,” said Shanahan. “We all like each other. We all respect each other, but we are coming back here to go to work.”

Shanahan reportedly called a team meeting over the offseason where he stressed it’s time to start showing some results and that message was echoed through Levi's Stadium on report daywher.

Joe Staley seemed happy with the ascension of the 49ers culture, but he knows.

Staley wasn’t the only player to have the expectation of winning on day one.

George Kittle called it “awesome” that Shanahan is done building and wants results.

It’s normal to have high expectations early on, but is it dangerous for a team to have such high expectations with such little results in the past? In two seasons, Shanahan has only been able to muster up 10 wins combined.

“I want our players to feel confidence and I think that they do,” said Shanahan. “You go into every year confident. It doesn’t matter if it’s Year 1 or Year 3, but there’s reasons to feel more confident this year than the previous two.”

Shanahan and the 49ers won’t have to wait long before seeing if the team will be able to live up to their lofty expectations.

Their centerpiece, Jimmy Garoppolo, has been fully cleared to play from his 2018 season ending ACL tear.

Similar to Shanahan, Garoppolo knows he has a lot to prove in 2019.

“I think I always do (have something to prove), said Garoppolo. “I hold myself to a high standard.”

Garoppolo and the rest of the 49ers strap up for their first practice on Friday with their first fully padded practice Monday.