This NFL offseason has already been a busy one on the quarterback front, with Matthew Stafford, Jared Goff and Carson Wentz all being traded to new teams already.

But we may just only be getting started.

The latest quarterback to enter the rumor mill is Seattle Seahawks’ Russell Wilson, whose public frustrations with the team have led to much speculation about whether or not he wants out.

A recent report states that Wilson’s camp has broached the Seahawks on potential trade destinations for the 32-year-old quarterback.

This comes just a couple of days after the Seahawks are said to be looking for at least three first-round picks in exchange for Wilson.

The hefty asking price should come as no surprise for someone of Wilson’s caliber, but if he truly wants out of Seattle, the Seahawks may not have the most leverage and could potentially be talked down from that price.

UPDATE: Wilson's agent tells ESPN he has not demanded a trade, but if he were to be traded it would only be to the Cowboys, Saints, Raiders, Bears.

These teams, and more, are listed below as potential fits and destinations for the Seahawks quarterback. 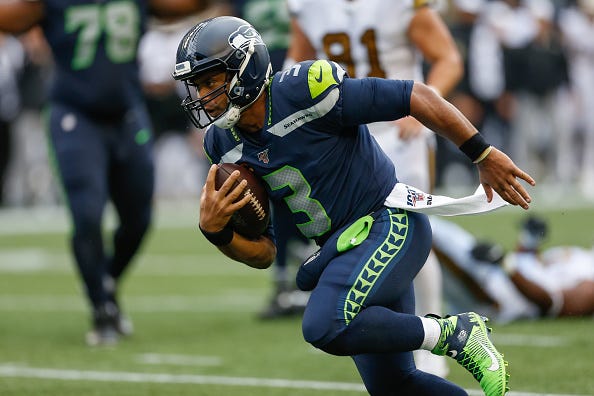 While Drew Brees has not officially retired, it is fully expected that he will hang ‘em up. The Saints have internal options in Taysom Hill and have shown interest in re-signing Jameis Winston to possibly fill that void.

But not every day does a Super Bowl champion quarterback become available. The Saints have been knocking on the door of returning to a Super Bowl the last few years and would continue to be bonafide contenders with Wilson under center.

Wilson’s camp reportedly listed the Saints as an option, but that may be hard for New Orleans to pull off. They do not have multiple first-round picks like the Jets and Dolphins and would likely have to give up some substantial future draft capital in order to land the quarterback in any kind of deal. 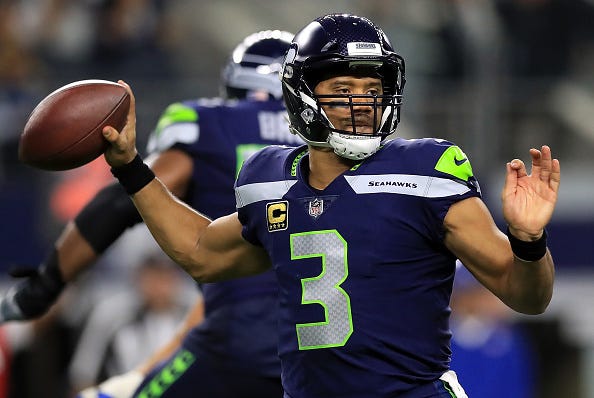 While Wilson’s camp reportedly mentioned the Raiders as a possibility, you know what would be even more fun to speculate? The Cowboys.

It is probably unlikely, but the team appears to be playing hardball with Dak Prescott again and perhaps Jerry Jones starts to notice he can bring in a Super Bowl champion quarterback onto his roster.

ProFootballTalk’s Mike Florio has said in recent weeks on 105.3 The Fan that the Cowboys could be a potential destination and a team that Wilson “has an eye on.” The Cowboys’ offensive line was among the best in the league before it was decimated with injuries last season, although they still need a new center.

Cody Benjamin of CBS Sports presents one scenario where the Cowboys tag-and-trade Prescott for Wilson, which would be quite the blockbuster. 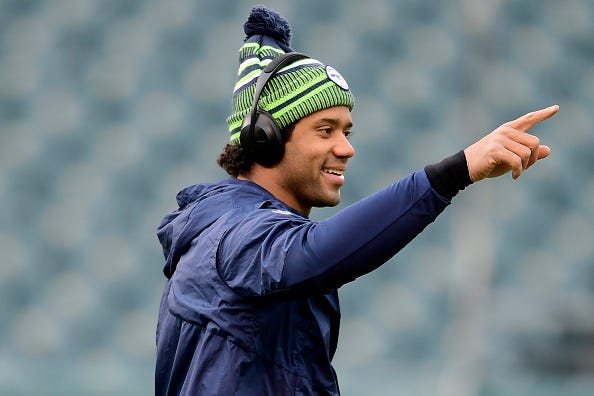 The Bears are clearly looking to move on from the Mitchell Trubisky era. They were reportedly interested in Carson Wentz before he was dealt to the Colts and now Wilson reportedly lists them as a team he would consider.

The Bears would surely do whatever it takes the get Wilson as the quarterback position seems to be the glaring weakness (well, that and kicker) over the last few years on the team. Wilson would be a significant upgrade over Trubisky that would allow them to contend with the Packers in the NFC North.

It helps the Bears are on Wilson's reported preferred list, but it would mean the Bears sacrificing a lot of draft capital over the next few years to get a deal done. 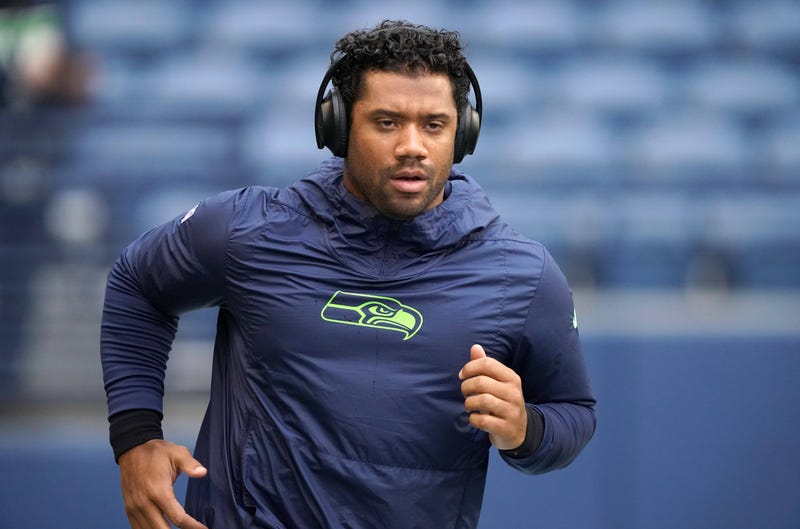 The Raiders are not necessarily attached to Derek Carr, whose coming off a career year and his value has never been higher. Previous reports suggested Vegas would consider dealing Carr for picks in order to package a deal for Deshaun Watson, a strategy they could also employ for Wilson.

The Raiders are among the teams Wilson is reportedly interested in, so that is a positive in their favor. They are also a team that is knocking on the door of the playoffs. They played some of their best football against the Chiefs last year and adding Wilson to the offense to compete against Mahomes would create an enticing QB showdown in the AFC West. 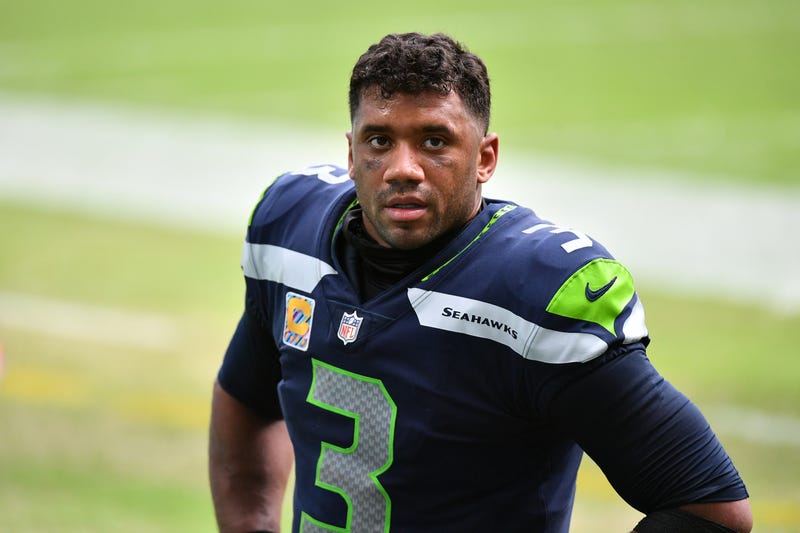 The Dolphins have been linked to a few quarterbacks, including Deshaun Watson, and have the assets to get a deal done.

Tua Tagovailoa, their first-round pick out of Alabama, was inconsistent in his rookie season, but the Dolphins certainly have the pieces in place where a veteran, Super Bowl champion quarterback could elevate them as a dangerous threat in the AFC.

Miami has the No. 3 and 18 overall picks in the draft, as well as two second rounders, which should help them put together an attractive offer. 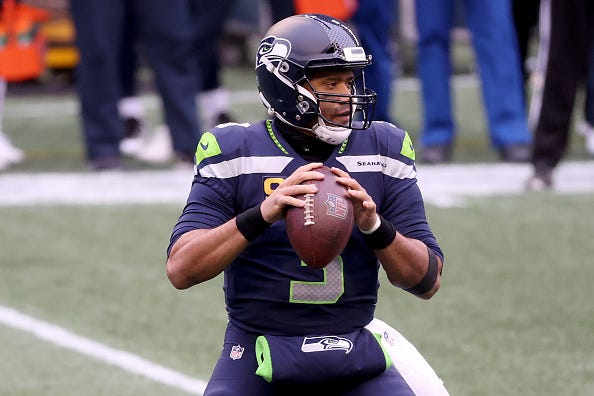 The Jets, like the Dolphins, have the pieces to make a deal for a quarterback of Wilson’s stature. They hold the No. 2 and No. 23 (the latter acquired from Seattle) overall picks this year, two third rounders and two more first-round picks next year (another one in which they acquired from Seattle). If the Seahawks indeed feel they have to part with Wilson, perhaps they want to recoup some of the picks they sent the Jets’ way?

The Jets, however, are not nearly as close to a finished product as the Dolphins. They do have a new head coach in Robert Saleh but it is hard to envision Wilson headed to a team that still needs building around it, especially if that team needs to give up much of its draft capital in order to secure him.

Wilson would certainly shine in the spotlight of the New York media. 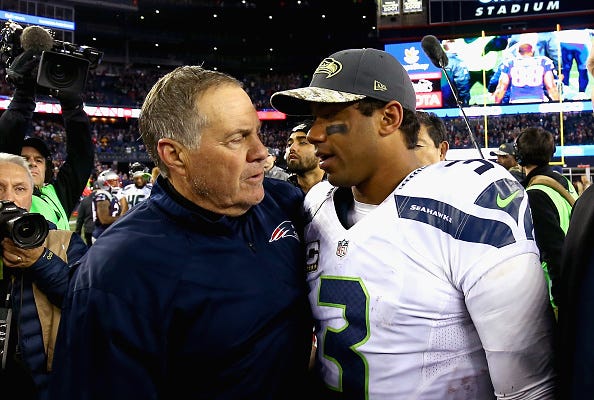 Again, the Raiders were reported as a team Wilson is interested in, but what about the Patriots? After one year of Cam Newton, New England seems to be back on the QB front looking to find someone who can fill the shoes of Tom Brady.

Patriots fans would certainly love to have Wilson, but draft capital to make a deal is lacking and a union between these two is probably a longshot. But if Wilson really wants to play for Bill Belichick and win another Super Bowl, perhaps there is a way to make it happen?

It would sure be something if Wilson, whose infamous interception in Super Bowl XLIX against the Patriots cost him his second Lombardi Trophy, joined the team who beat him that day to win his second Super Bowl with them instead.