Andrew Wiggins silenced many of his critics Sunday night with his Game 3 performance to move the Golden State Warriors to one win away from the NBA Finals, particularly Nick Wright of FS1.

When the Warriors traded for Wiggins back in 2020, Wright called him a “bad basketball player” and said that fans will never see Steph Curry in the NBA Finals again, calling their dynasty “over.”

But Wiggins delivered a 27-point, 11-rebound performance, punctuated with a posterizing dunk on Mavericks star Luka Doncic to put Golden State up 3-0 in the series and on the cusp of returning to the NBA Finals for the first time since the 2018-19 season.

After the game, Wright shared the clip from two years ago and called it his “most regrettable television take.”

Andrew Wiggins putting the Dubs a game away from the Finals by playing the game of his life officially makes this my most regrettable television take.

Everything about this clip has aged the opposite of well! https://t.co/rH1baTwhPJ

Wright deserves some credit, though, as not many on TV are willing to admit when they are wrong about a player.

Wiggins, a former No. 1 overall pick, is still just 26 years old and seems to be finally hitting his stride, making his first All-Star team this year and now hopes to be an integral part of a Warriors championship. 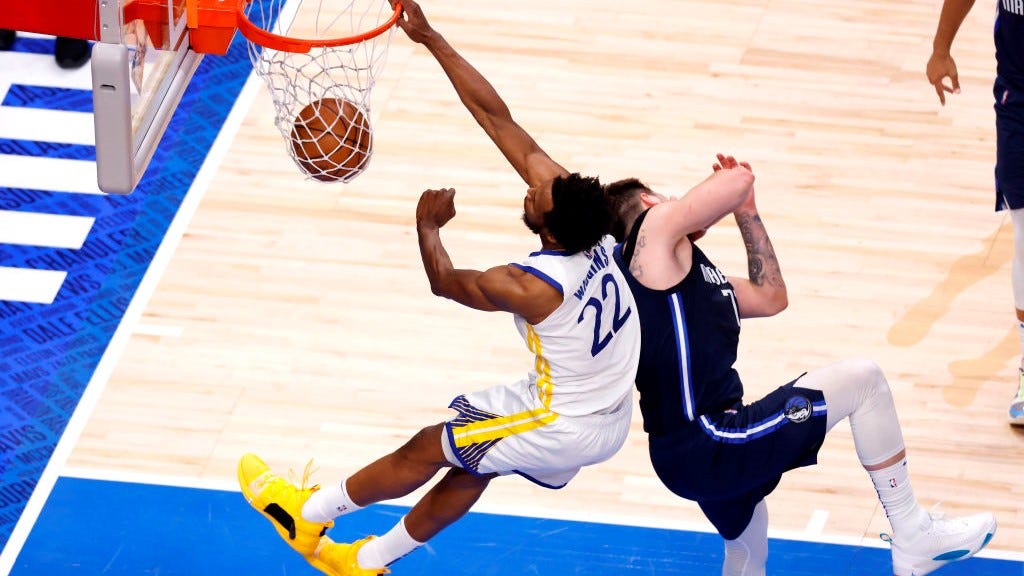