Count Brandon Aiyuk among those impressed by Brock Purdy’s performance on Sunday.

Pressed into action after Jimmy Garoppolo’s foot injury, Purdy led the 49ers to a 33-17 win over the Miami Dolphins. Aiyuk caught five passes for 46 yards on Sunday, while Purdy finished 25-of-37 for 210 yards, two touchdowns and a pick. On Wednesday, Aiyuk joined 95.7 The Game’s “Damon & Ratto” to give his impressions of Purdy’s game.

“I was super, super impressed and also happy for him,” Aiyuk said. “I was very impressed with how he handled his business. He handled his business when he wasn’t even expecting to have to go out there. That begins back on Monday, in terms of his preparation from the new week, leading up until Sunday to get himself an opportunity to go out there and perform the way that he did.”

Aiyuk also shared a nugget about Purdy’s demeanor on the field, despite being the final selection in this year’s NFL Draft.

“Even today, we were kinda joking around and having a little fun during the walkthrough,” Aiyuk said. “He was like, ‘All right. Y’all tighten up. Let’s go. We’re trying to get this situated’ Everybody looked around and we were like, ‘OK, OK.’  We like that about him, we respect that about him. We love that no matter what the situation is, he demands everybody’s attention and he demands the best when we’re out there. So we definitely respect that. ..

“You want that from your quarterback. No matter what his situation is, he understands the importance of his role right now and that it is his role right now. We can all respect however he feels fit to lead that role and play that role.” 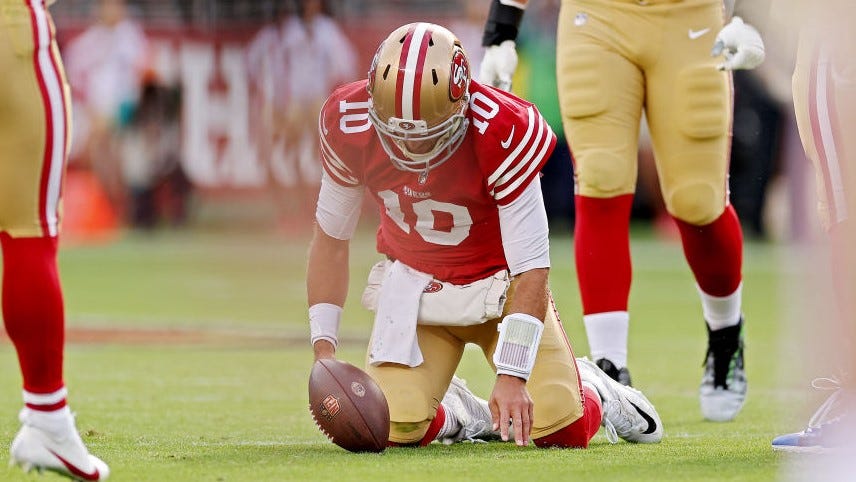