The NFL's annual coaching carousel started spinning on Monday, and of the seven playoff-less franchises that are conducting searches for a new leader, apparently none have set up an interview with Michigan coach Jim Harbaugh. According to a Pro Football Talk report, all interviews must be reported to the league office, and at this time, the 58-year-old isn't on any team's schedule.

Last week, Fox Sports insider Jay Glazer reported that Harbaugh has already started contacting assistants from across the country, in case a pro-level job is soon presented to him. Whether or not he leaves Michigan to join the NFL once again -- the rumors might used as a leverage ploy against the school in contract talks -- a former player of his would bet on a successful comeback.

"I think Coach Harbaugh could fit anywhere. Just look at the history and the track record of things he's accomplished," former San Francisco 49ers tight end Vernon Davis told The DA Show on Friday. "Most coaches don't have an opportunity to do that. It's in his DNA -- he can go anywhere. A lot of people know him from his college days, but if given the chance to really have a long tenure in the NFL, I think he could really pull it off and win a lot of games."

Harbaugh, who took over Michigan in 2015, led the program to its first Big Ten title and College Football Playoff appearance this season. The team's luck ran out during the Orange Bowl national semifinal on Dec. 31, as they were limited to just 11 points in a blowout loss to the eventual national champion, Georgia. Harbaugh's buyout to leave Michigan reduced to $2 million in 2021, and that number will drop by $500,000 each year until 2025.

Prior to joining the Wolverines, Harbaugh spent four seasons as head coach of the 49ers, where he went 49-14 and reached three consecutive NFC title games and one Super Bowl. His team would've hoisted a Lombardi Trophy in 2013, if not for a goal-line stand by the Baltimore Ravens. Davis was a part of those Harbaugh teams, and during their dominant stretch, the two-time Pro Bowler racked up 186 receptions for 2,435 yards with 26 touchdowns.

The entire football conversation between Davis and DA can be accessed in the audio player above. 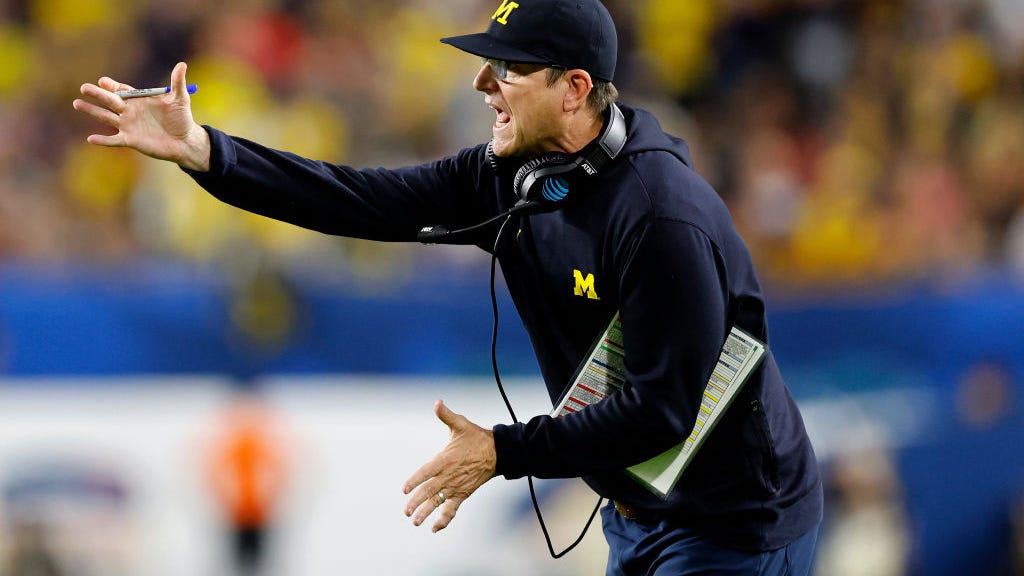