George Kittle is a gamer on and off the field. A couple weeks ago, he was playing video games with some players on other NFL teams when one of them broke the news: George, you guys just got Christian McCaffrey!

So, what was his initial reaction? Kittle joined 95.7 The Game’s “Damon & Ratto” Wednesday to share.

“I about threw my controller through my screen,” Kittle told Ray Ratto and Whitey Gleason (filling in for Damon Bruce). “Called him up right away. It’s very exciting. Christian’s a hell of a football player. All-Pro at two different positions in one year. Pretty awesome. He’s a phenomenal football player. He’s a great human being, he’s great for our locker room. The longer he’s in our system, the more he’s gonna figure it out, the more it’s gonna click for him. I think he’s gonna produce at a very, very high rate to us.”

For Kittle, the trade was a long time coming.

“I’ve been speaking this into existence for about two years,” Kittle said. “Me and Christian have been pretty good friends for a while. I told him, ‘Hey, we just gotta get you in our run game and I promise you, you’re gonna have a really good time.’ It finally happened.”

So, should we consider Kittle a warlock for his abilities of manifestation?

“I watch a lot of superhero movies,” Kittle said. “I might have some powers, you never know. ... The Christian McCaffrey thing was definitely one of my better achievements, I will say. So, you guys are welcome.”

Last week marked the 49ers’ first time having McCaffrey, Kittle, Deebo Samuel, Brandon Aiyuk, Elijah Mitchell and Kyle Juszczyk on the field together. Still, they only scored 22 points in a six-point victory over the Chargers. Kittle thinks it’s just a matter of time before the Niners get clicking.

“I feel like our last 2-3 weeks in practice, we’ve looked so much cleaner,” Kittle said. “I think guys have understood what their role is, what we need to do in the run game. The sense of urgency, I think that’s just really picked up.”

Currently sitting at 5-4 and 0.5 games back of the 6-4 Seattle Seahawks for the division lead, Kittle thinks the 49ers are poised to finish strong heading into the postseason.

“If we do what we need to do and what we’re supposed to do, we’ll be right where we wanna be come playoff time,” Kittle said. “That’s all we’re really focused on.” 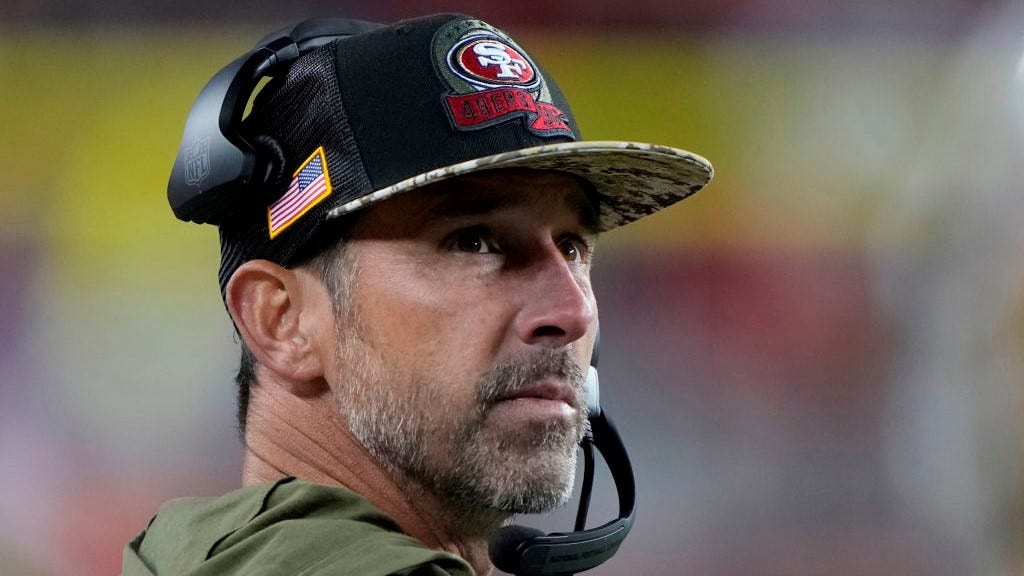