The San Francisco 49ers are on the upswing, and Jerry Jones is hoping his team gets another crack at them in the playoffs.

Last season ended in brutal fashion for the Cowboys, who fell just short against the 49ers in the Wild Card round of the playoffs. And though we’re just a few weeks into the 2022 campaign, it’s reasonable to think that the Cowboys and 49ers both will end up back in the postseason this season.

The 49ers delivered an impressive performance on Monday Night Football this week, shellacking the reigning Super Bowl champion Los Angeles Rams 24-9. Asked about that game in his recurring interview on “Shan and RJ”, Jones was complimentary of both the Niners and Rams.

“Both those are good teams," Jones said. "I thought last year we had a chance and could compete against those teams, we didn’t get it done against San Francisco last year. I hope we get a chance to put this team up against them when it really counts, in the playoffs. Those are two teams you should watch, you should have your eye on because somehow we’ve got to get by them to get where we want to go.”

The Cowboys will face the Rams in Inglewood on Sunday, but won’t play the 49ers in the regular season.

Maybe Jones will get his wish and they’ll see each other in January. 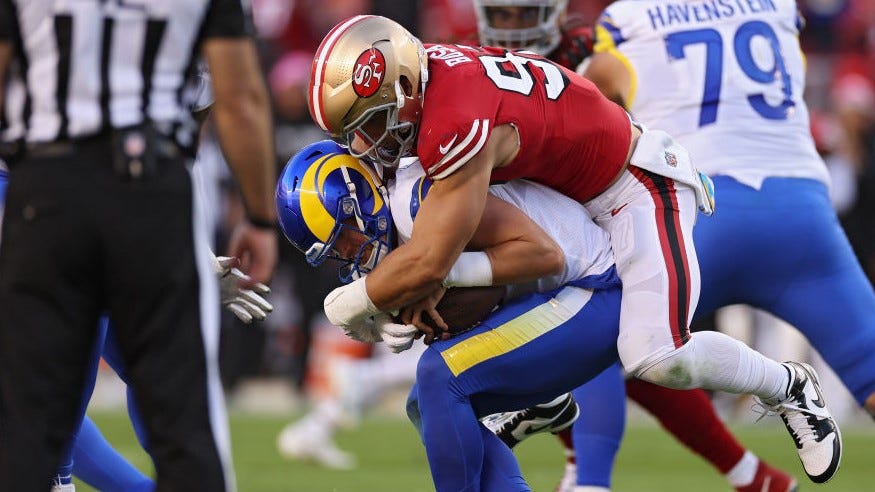