Joey Bart has been on an absolute tear lately.

So, has Giants manager Gabe Kapler considered moving him up in the lineup? Mark Willard and Dan Dibley of 95.7 The Game’s “Willard & Dibs” asked him about Bart Wednesday during a Q&A about the Giants’ current five-game win streak and more.

“I think it’s always worth consideration,” Kapler said of moving up Bart. “I think the flip side of that is, do you want to move a guy up and maybe apply more pressure, or do you kinda wanna leave him alone and let him succeed and thrive where he is? You’re not gonna move him up much in the lineup, because I wonder as a right-handed hitter, if you’re gonna pop him above (Wilmer Flores) or (Evan Longoria) or (Thairo) Estrada the way they’ve been swinging the bats as well. Maybe it’s just that you let Joey have the success that he’s having and try to build on it.”

Over his past 11 games, Bart is 17-for-40 with a gaudy .425/.439/.675 slash line. Still, he’s been finding himself in the bottom third of the Giants lineup. Kapler said Bart would have a rest day Wednesday night, but maybe he’ll be closer to the heart of the order for Thursday’s matinee. 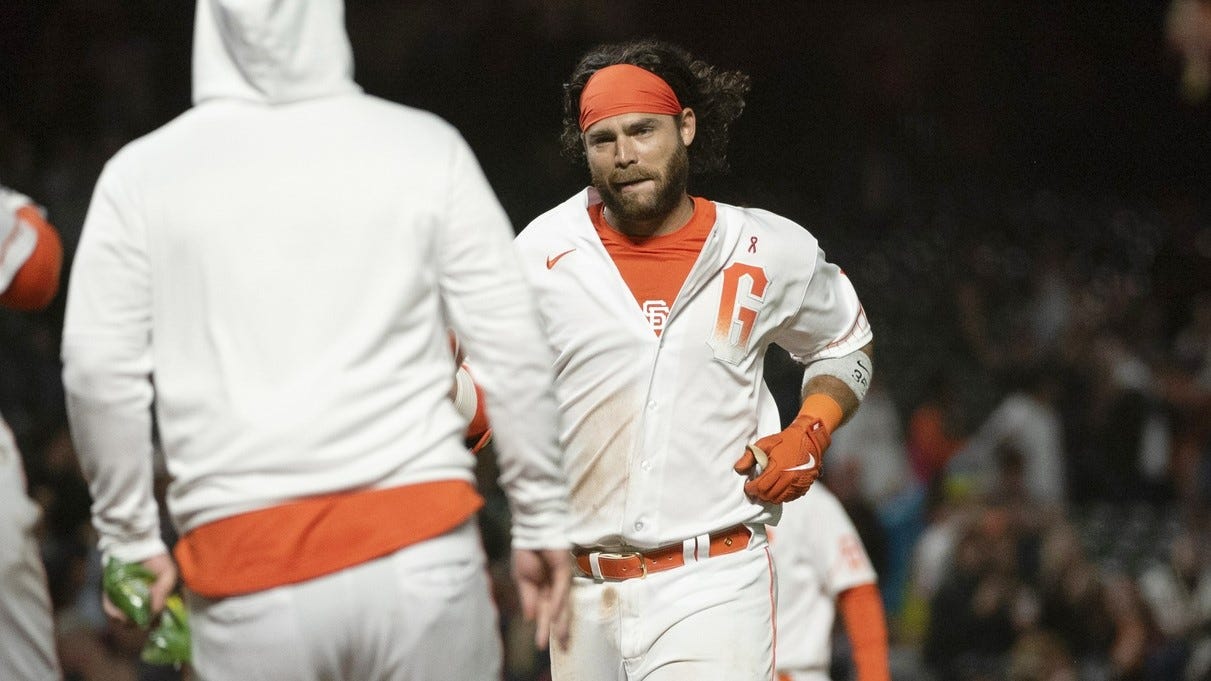 Brandon Crawford's kids have adorable reaction to his walk-off homer