A month after firing general manager Al Avila, the Tigers have found their new leader. The club has hired San Francisco Giants GM Scott Harris as president of baseball operations.

Harris, who broke in with the Cubs under Theo Epstein and later helped the franchise end a century-long World Series drought, takes over an organization in dire need of a jolt as the Tigers slog through another last-place season in year six of a grueling rebuild.

A new chapter of Tigers baseball is just beginning.

Per ESPN's Jeff Passan, Harris is viewed in baseball circles as a 'future front-office star' thanks to a 'meteoric' rise in the industry. He was working in San Francisco under reigning MLB executive of the year Farhan Zaidi, president of baseball ops for the Giants.

Harris, who graduated from UCLA in 2009 with a degree in economics and later earned his masters in business administration from Northwestern, was hired by Epstein and the Cubs in 2012 as director of baseball operations and
later climbed to assistant GM. He became GM of the Giants in 2019 and led them to a division title two years later.

Now he's coming to Detroit, where he'll try to restore another proud franchise to glory. 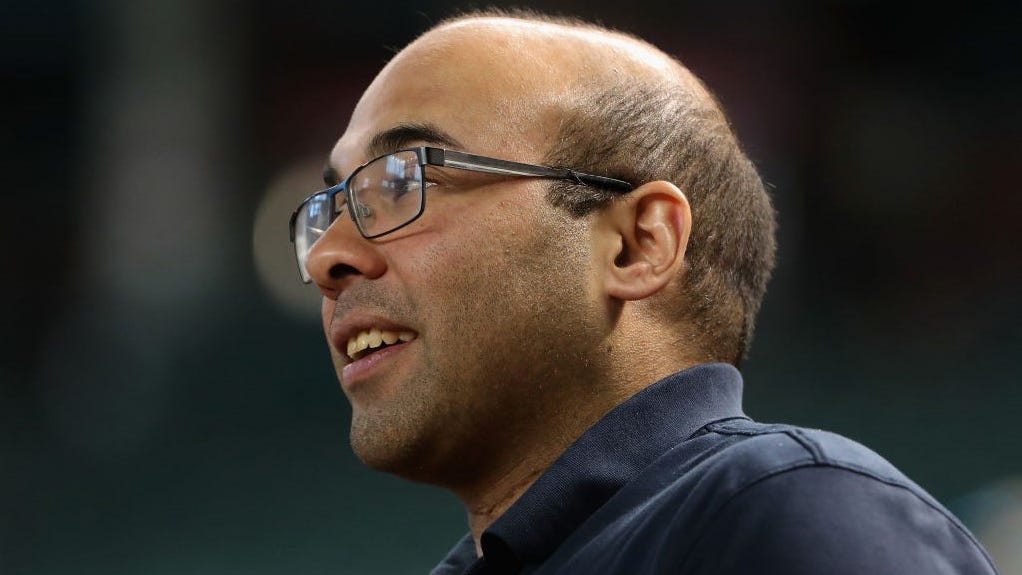