UPDATE: It appears as though NFL players on the Steelers and Eagles won't be wearing face coverings after all. ESPN's Adam Schefter has the scoop:

The exception in Section 3 of the order does apply to players on the field, so players would not be required to wear face coverings while in the game. https://t.co/1UtP3PGO2h

Here's how the story initially began. Pennsylvania's professional football teams might have a new look next time they take the field in the Keystone State.

The commonwealth's department of health recently rolled out stricter protocols for fighting surging coronavirus cases -- and according to reports it applies to both the Steelers and Eagles.

Among the recently announced anti-covid measures was a provision compelling athletes at all levels to wear face coverings during all workouts and competitions, including on the sidelines.

The key exception to the rule is that players may wear face shields rather than surgical-style masks, which can impede breathing.

Prototypes of the shields surfaced during the offseason, though relatively few players have worn them throughout the season.

Jaguars wide receiver DJ Chark is among the most notable players to don the shield. 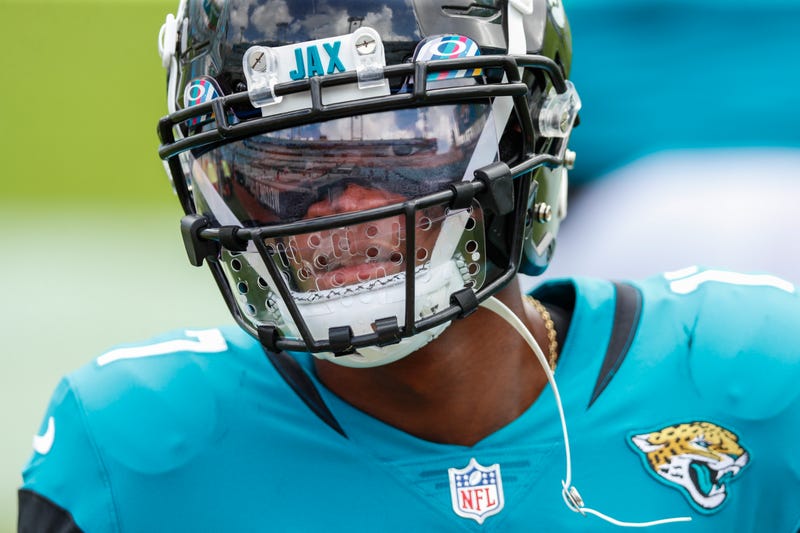 Both the Steelers and Eagles were set to play on the road in Week 11, so the potential debut of the shields would have to wait until Week 12.

The Steelers' next home game was set for Thanksgiving night against the rival Ravens.

The Eagles' next home game was set for Nov. 30, against the Seahawks on Monday Night Football.

A Steelers spokesman had turned heads earlier in the week when he said the team had been exempted from the protocols, but Pennsylvania Gov. Wolf's office said it had not issued any such exemption, according to ABC 27 in Harrisburg.

It appears the spokesman was referring to the Steelers qualifying as exempt under Section 3 of the mandate, the report said.

The NFL recently placed all 30 of its teams in its intensive protocol amid a nationwide surge that has seen a spate of cases in the league. The measure means teams have to wear masks at all times in team facilities, including during practice and workouts.

The Eagles meanwhile have recently closed all games to fans once again, after re-opening on a limited capacity, according to the report.