Trae Young was not going to miss a chance to give it back to the Knicks fans.

The Atlanta Hawks eliminated the Knicks from the playoffs on Wednesday with a 103-89 victory at Madison Square Garden, and the 22-year-old star point guard made sure to get a parting shot at the fans.

In the final minute, Young hit a step-back 3-pointer — which gave him 36 points on the night — and he followed by taking a bow to the Garden crowd, letting them know he got the best of them, again.

Trae hit the three then took a bow at MSG 👀 pic.twitter.com/gS0riq2nZ0

Young had been targeted by Knicks fans all series and quickly became the new villain of Madison Square Garden when he sank the game-winning floater with 0.9 seconds left to lift the Hawks in Game 1.

The Hawks led comfortably against the Knicks for most of the second half on Wednesday night and Young started engaging with at least one fan in particular, appearing to say, “Are you gonna spit on me next?” before making a spitting motion and flashing a smile.

Trae Young hasn't forgotten about someone trying to spit on him at MSG in Game 2. He mimics spitting while talking to some Knicks fan on celebrity row. Seems to say "Are you gonna spit on me next?" Then he smiles. pic.twitter.com/Gihge9VHZ1

It was a reference to a disgusting incident Young was subjected to in Game 2 when a fan attempted to spit on him.

Later in the fourth quarter, Young hit a lay up to expand the Knicks lead and placed his finger over his nose to shush the crowd, just as he did when he hit the game-winning floater to lift the Hawks in Game 1.

Trae did it to them 🤫

For all the hate and taunting Young received, he was unfazed by it all.

He finished Game 5 with 36 points, nine assists and four rebounds. He scored at least 30 points in three of the five games and was clearly the best player on the court between both teams.

From the expletive-laden chants to the ones about his thinning hair, it was Young who ultimately got the last laugh. 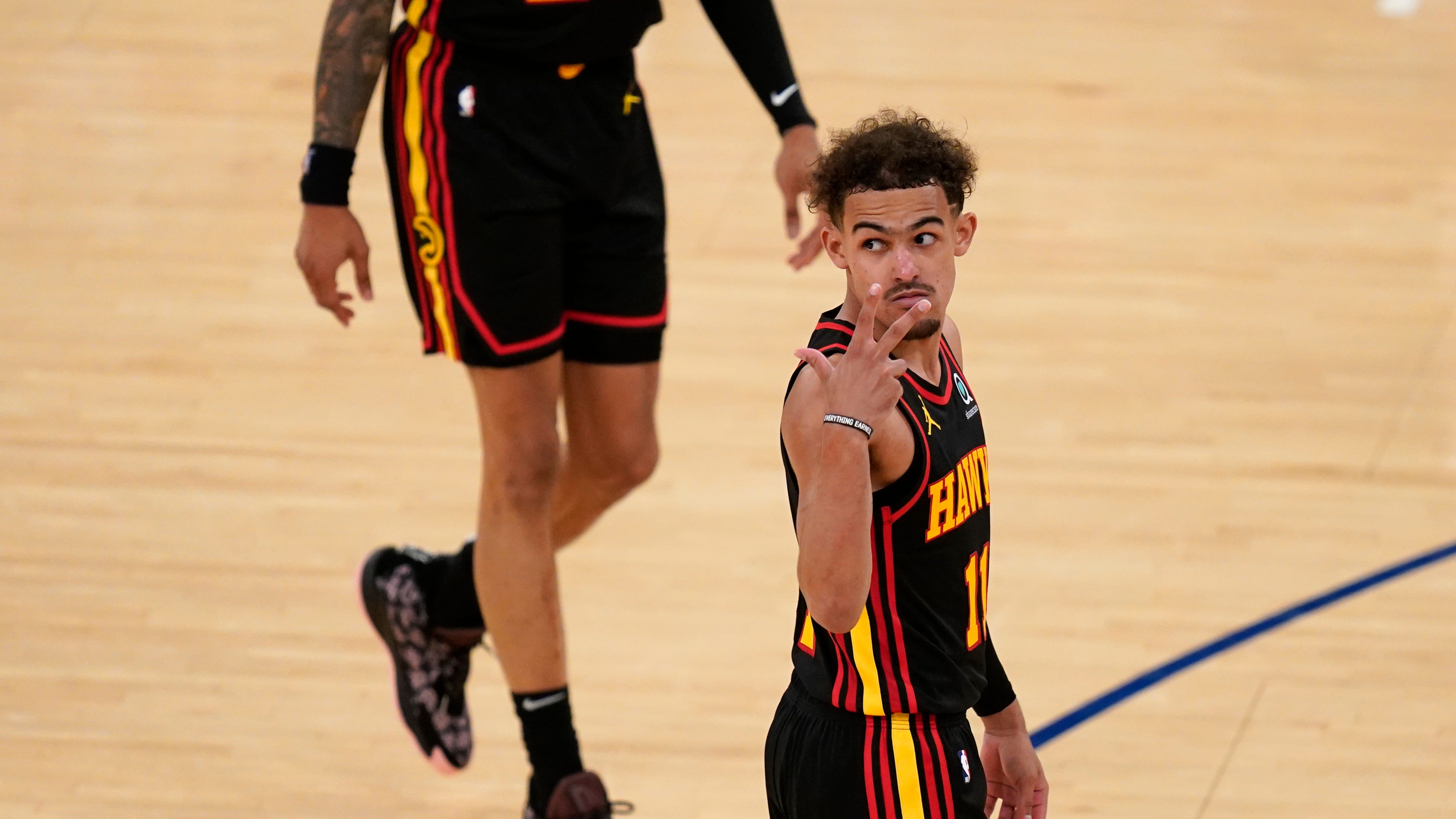 Knicks fans 'for the most part have been great,' says Trae Young's father VIDEO: Did a Knicks fan spit on Trae Young?