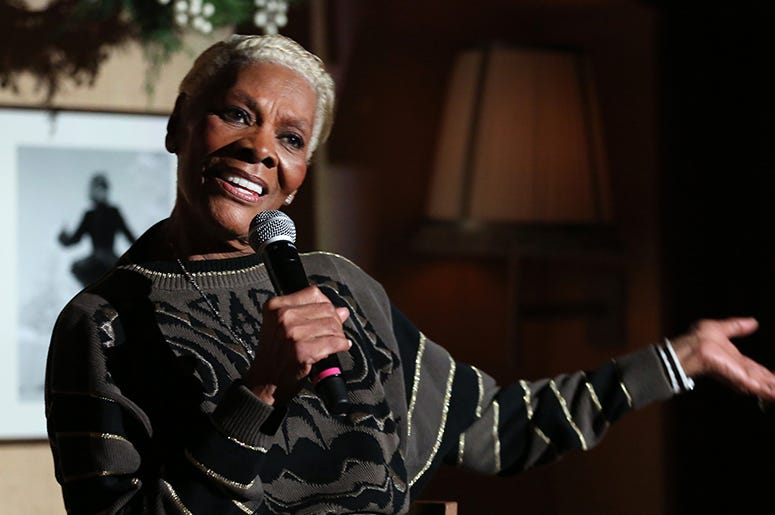 Dionne Warwick's hilarious questions and commentary about her fellow celebrities turned her into a viral sensation on Twitter. She turned the tables on Wednesday by challenging her fans to put her in the hot seat.

The "Heartbreaker" singer fired up her personal emoji and held her first Twitter Q&A session, promising to "answer as many as I can!"

Tweet me your questions using the #AskDionne hashtag! I will answer as many as I can!

Warwick, 80, was grilled on a wide variety of subjects, including her career, family, and personal opinions.

When one follower asked the eight-time GRAMMY winner if she had a potential biopic in the works at Netflix, she cryptically responded, "I don't know. Ask Netflix" and included the wide-eyes emoji.

Another revelation came when Warwick was asked what inspired her to launch her Sonday Records label in 1970. The singer fully credited Florence Greenberg, the founder of Scepter Records.

I was inspired by Florence Greenberg, because she was the only female that ran a record label (Scepter Records). I had no issue balancing this and being a mother. Although, motherhood was/is a priority ❤️ https://t.co/fKhujUvgII

"She was the only female that ran a record label," she remarked. "I had no issue balancing this and being a mother. Although, motherhood was/is a priority."

Other highlights included Warwick confirming she had been friends with soul legend Aretha Franklin since they were teens, that Ariana Grande would "definitely" be her pick to cover her 1963 hit "Walk on By," her best memory being "Presenting Elizabeth Taylor with a check for her foundation" and that the best decision she made in life was "becoming a mother."

Best decision? To stay in the music industry. Best decision of my life? Becoming a mother! @damonelliott https://t.co/oU82pUgYL6

Another neat anecdote came when a fan asked the legend to confirm if Bee Gees co-founder Barry Gibb wrote "Heartbreaker" just for her, to which she happily affirmed, "Yes he did!"

As for the musical act she still hopes to do a collaboration with, Warwick says she still has an invitation out to Earth, Wind & Fire.

And finally, asked if she would ever do a Verzuz battle, she shouted out Johnny Mathis.