Unfortunately, that performance by wasn’t enough for his team to steal their first win of the season.

For a third consecutive week, the Texans had an opportunity to drive and win a ballgame, but fell short after a Davis Mills interception. Roquan Smith’s pick set up a game-winning 30-yard field goal by Cairo Santos as the Bears defeated the Texans 23-20 Sunday at Soldier Field.

With those two interceptions, Pitre became just the fourth NFL rookie to record a multiple interception game since 2020.

It was also the first time in franchise history the Texans had recorded a pick in each of the first three games of the season.

Following the Texans loss, Pitre joined Clint Stoerner and Sean Pendergast on the Texans postgame show and credited his coaches for putting him in position to make plays. 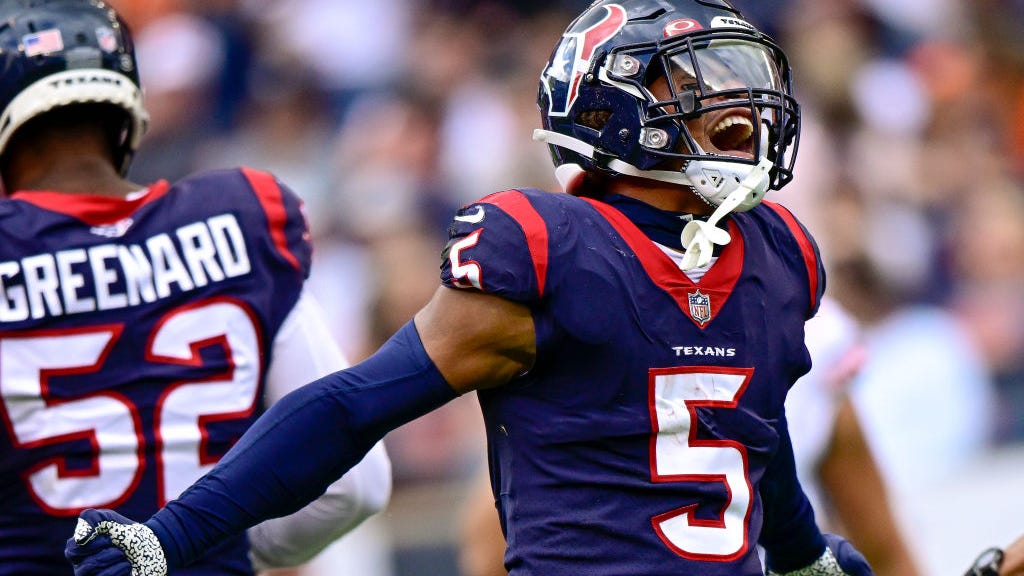 “They prepared me well for those two plays (the interceptions). They kind of put me in a good spot, we knew that was kind of the weak spot for the coverage that we were in,” Pitre said. “We knew that would be the spot most quarterbacks would try to attack, so just knowing that, I tried to anticipate it.”

While having just played in his third NFL game, Pitre is not just proving that he belongs but is becoming a disruptor that offenses have to account for moving forward.

If he and the Texans want to taste a win sooner rather than later this season, the offense will need to step up and do a lot more as well, particularly capitalizing on turnovers in which they were 0-2 on the game.

With 2:54 left in the first quarter, Pitre intercepted Justin Fields at the Chicago 41 after the Bears quarterback overthrew tight end Coke Kmet in the middle of the field.

Mills got the Texans to the Bears 5-yard line but  cornerback Kendle Vidor deflected Mills' pass intended for the slanting Cooks, into the hands of safety Eddie Jackson.

With the game tied 20-20 following Ka’imi Fairbairn’s 23-yard field goal, Pitre picked Fields off for the second time on another overthrown deep ball to start the fourth quarter.

Pitre intercepted the ball at the Houston 40 and returned it to the Bears 39. Flipping the field with 14:49 remaining in the game and a chance to capitalize on another momentum shifting play, the Texans offense sputtered again and quickly went three-and-out.

The Texans defense did their part on the final two  Bears drives, with Pitre continuing to contribute in big ways.

The rookie came up with a big sack on Fields at the two-minute warning, forcing the Bears into a 3rd and 16 situation at their own 25-yard line.

“Coach Lovie kind of threw an alley-oop on that one," Pitre said. "He called a great blitz and I just executed and did what the defense told me to do."

The Bears created just as many takeaways as the Texans did Sunday, including the most important one.

At their own 26-yard line, Mills tried to force a pass into Rex Burkhead, but was intercepted by Bears linebacker Roquan Smith, who returned it to the 12, setting up the game winning field goal as time expired.

Pitre said his performance is nothing more than a stepping stone and that the most important thing, wasn’t accomplished Sunday.

“I want to win,” Pitre said. “I'm definitely not satisfied and I'm looking to improve next week and do a lot more."