(SportsRadio 610) - With veteran slot receiver Danny Amendola expected to miss at least the next four weeks with a knee injury, the Texans will have to look elsewhere for production at that position.

Expect to see a lot of Chris Moore, who spent time on the Texans' practice squad earlier this season and had the game of his career in Week 5 against the New England Patriots. Moore had five catches for 109 yards and a touchdown in the Texans' 25-22 loss to New England on Oct. 10.

The Texans also have Davion Davis, a former Sam Houston State receiver who they signed last month off the Cleveland Browns' practice squad.

Davis has played only three offensive snaps in two games and that was for the Minnesota Vikings in 2019.

Still, when asked about their options at slot receiver, Texans offensive coordinator said he felt good about it.

"Davion (Davis) has been here. He has been putting in good work on the field," Kelly said Thursday. "He’s got really strong hands, has the ability to separate. Obviously, we’ve seen what Chris Moore can do when given the opportunity to go out and play an extended role. Feel good about those two going out there and being able to make plays for us."

Amendola has 17 catches for 135 yards and a touchdown in seven games this season. The touchdown was in the Texans' (2-9) season-opening win against the Jacksonville Jaguars. 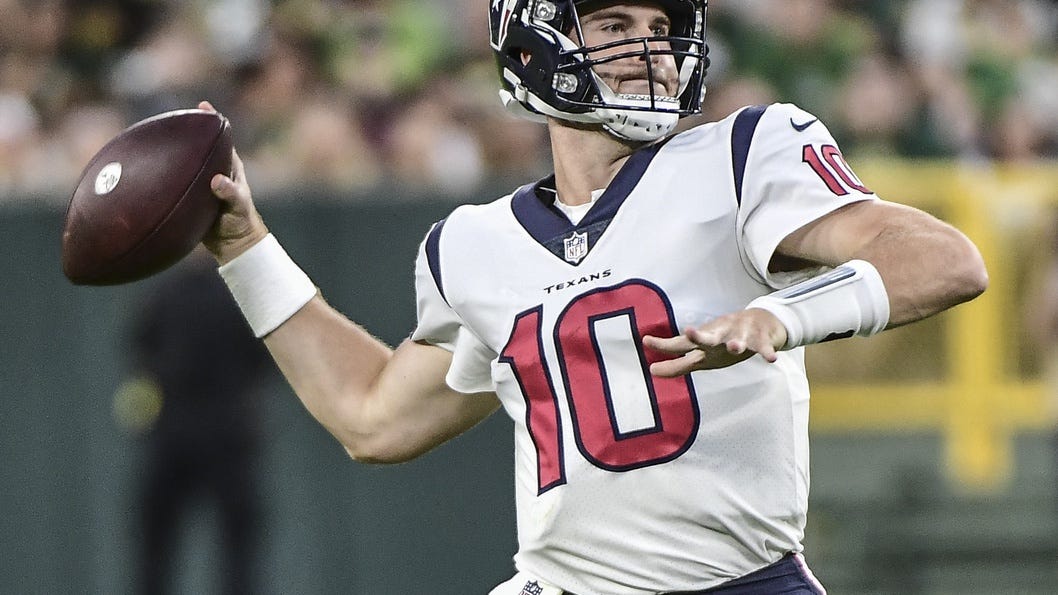