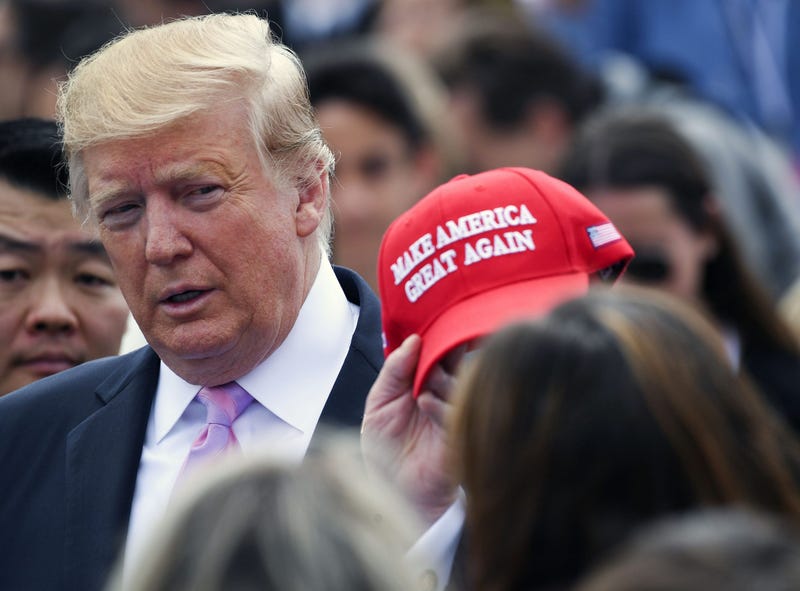 (KFTK) - The phrase that keeps on giving, could be used to give even more thanks to a bill proposed by two lawmakers in Oklahoma.

One of the plates would cost drivers $35 annually, then $20 of the fee will go to two local veteran groups.

"This is a great way that people can support America and support those ideas of keeping America great," Dahm said. "There’s people that are upset with just the president in general, so I understand that people have those feelings, potentially negative feelings against the president, but the great thing is, here in America, you have freedom of speech."

Oklahoma would be the first state to use the slogans on its license plates if the plan is approved, according to KFOR-TV in Oklahoma.