By The Marc Cox Morning Show and Marc Cox

Wildwood resident Chris Suljak made a frightening discovery over the weekend in his backyard: an alligator!

"I didn't see the whole alligator, I saw the tail," says Suljak. "I just kinda said, 'Holy bleep!' real loud. My stepdaughter was up at the house about a football field away she heard me, that's how loud I was. She goes, 'are you ok?' I said no, I just saw an alligator! She just started laughing." 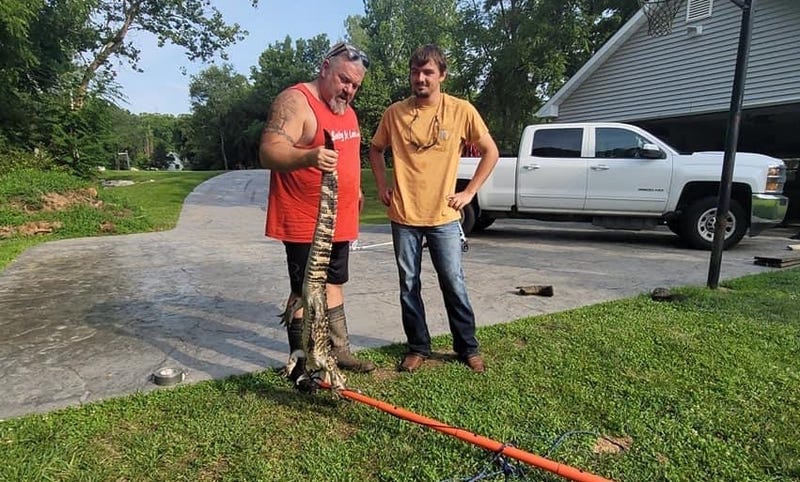 What do you do when you find an alligator in your yard? Suljak's initial thought was to shoot it, but then rethought that idea.

"Somebody let this thing go, it's not the alligator's fault. I gotta figure out how to get this thing out of here," says Suljak. 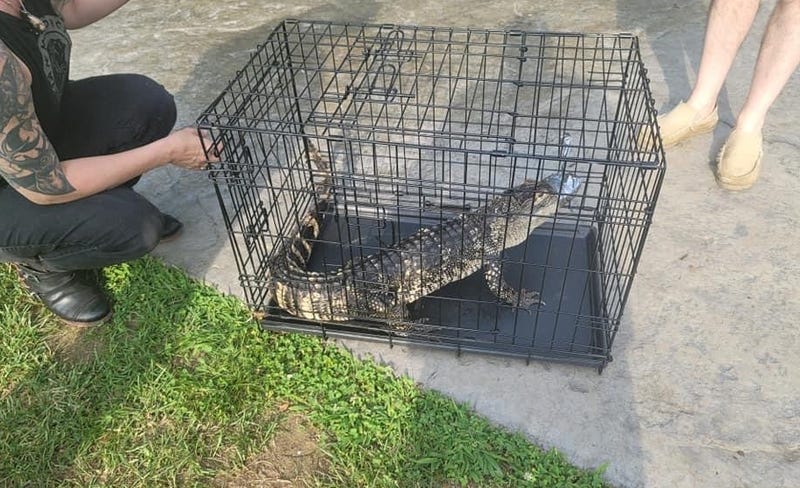 Suljak says he made numerous phone calls to "everyone from Missouri Department of Conservation to 911" to come get the stray gator, "nobody showed-up, nobody said they were interested, like it was no big deal." Finally, after about three hours, he was able to reach someone from Bi-State Wildlife Rescue.

Suljak said after posting about the incident on Facebook, a neighbor from up the street reached out and said it was his pet that climbed out of its cage. Suljak says he gave the neighbor the information to contact the rescue group that took the gator.

Listen to his full interview on the Marc Cox Morning Show, here: