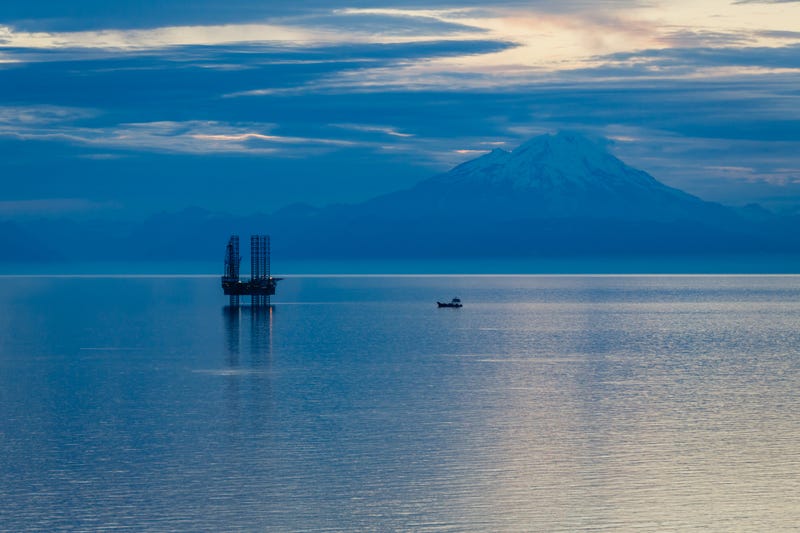 Oil drilling in Alaska’s Cook Inlet was halted this week when the Biden administration canceled a lease sale.

In a statement shared with CBS News, the U.S. Department of the Interior said the deal was nixed due to a “lack of industry interest in leasing in the area.”

Interior Department spokesperson Melissa Schwartz said the planned sale of two leases in the Gulf of Mexico will also be canceled since “conflicting court rulings,” have impacted the agency’s ability to work on the leases, according to the New York Times.

Federal law requires the Department of the Interior to adhere to a five-year leasing plan for auctioning offshore leases, CBS News explained.
A current five-year plan is set to expire at the end of June, and the Biden administration would have needed to complete the lease sales by that time.

According to the Bureau of Ocean Energy Management, there was a proposed oil and gas lease sale in the federal submerged lands under Cook Inlet, off Alaska’s southcentral coast, announced in September 2020.

Cook Inlet is a branch of the Gulf of Alaska located in the North Pacific Ocean.
It is bounded by the Kenai Peninsula on the east and Anchorage is located near the head of the inlet. The Susitna, Matanuska, and Kenai rivers feed it.

It is “Alaska’s oldest producing oil and gas basin, dating back to the 1950s,” according to the Bureau of Land Management.

Several Native villages are located around the inlet, according to the Cook Inlet Tribal Council.

All five species of Pacific salmon, Pacific herring, smelt and many other fish are also commercially harvested in the Cook Inlet Area, per the Alaska Department of Fish and Game. Cook Inlet beluga whales are endangered, with a population declining by 2.3% annually, said the National Oceanic and Atmospheric Association.

Last January, President Joe Biden had issued an executive order directing federal agencies to “pause new oil and natural gas leases on public lands or in offshore waters pending completion of a comprehensive review and reconsideration of Federal oil and gas permitting and leasing practices.” Around two months later, 13 states filed a lawsuit against the administration regarding the executive order and last summer a court barred the administration from pausing the leases with a preliminary injunction.

“Together, federal onshore and offshore oil and gas leasing programs are responsible for significant greenhouse gas emissions and growing climate and community impacts,” said the Interior Department regarding its appeal of the injunction.

In October, the Interior Department released an Environmental Impact Statement regarding the Cook Inlet proposal. There are 143 comments on a notice about the statement posted by the Bureau of Ocean Energy Management.

“We are residents of Homer on the north shore of Kachemak Bay and also have a cabin in Little Tutka Bay on the south shore,” said one comment from Mary Lou Kelsey and William Bell. “We’re very much effected by changes in water quality and possible development in Cook Inlet. We oppose Cook Inlet Lease Sale 258. Please consider the potential negative effects this development presents in this unique marine environment.”

Other comments expressed concern for marine life and human life in the Cook Inlet area.

Some were disappointed to hear that new oil and gas production project in the Cook Inlet is off the table for now.

“The Biden administration’s announcement that they will cancel new offshore oil and gas production approaches levels of irresponsibility and reckless stupidity never seen before,” Representative Garret Graves of Louisiana said in a tweet.

Statement on Biden Admin Canceling Lease Sales, Two in the Gulf of Mexico:

"The Biden Administration's announcement that they will cancel new offshore oil and gas production approaches levels of irresponsibility and reckless stupidity never seen before... (1/4) https://t.co/oKVI4r3Iba

Graves, who serves as the top Republican on the House Select Committee on the Climate Crisis, said the administration should use American energy sources to help lower gas prices.

According to AAA, the average gas price in the U.S. as of Thursday was more than $4, more than $1 higher than it was one year ago.

Quinnipiac poll results released March 30 found that 41% of Americans blamed the Biden administration for rising gas prices. The following day, Biden said in a speech that the Russian President Vladimir Putin and war in Ukraine were behind the bloated prices at U.S. gas pumps.

“Today, I want to talk about one aspect of Putin’s war that affects and has real effects on the American people: Putin’s price hike that Americans and our allies are feeling at the pump,” Biden said. He also said the solution was to produce more oil.

“The administration talks about the need for more supply and acts to restrict it,” said Frank Macchiarola, a senior vice president at the American Petroleum Institute trade group that representing oil and gas companies, according to the New York Times.

However, Drew Caputo – vice president of litigation for lands, wildlife and oceans for the environmental advocacy group Earthjustice – said it would take more than 10 years for the canceled leases to impact gas prices.

“It’s good for the climate, which can't handle new oil and gas development,” Caputo said of the news. “It’s good for Cook Inlet because offshore drilling is dangerous and disruptive. And it’s good for the people of Cook Inlet, including native people, who cherish the inlet in its natural state. So it’s a really good thing.” 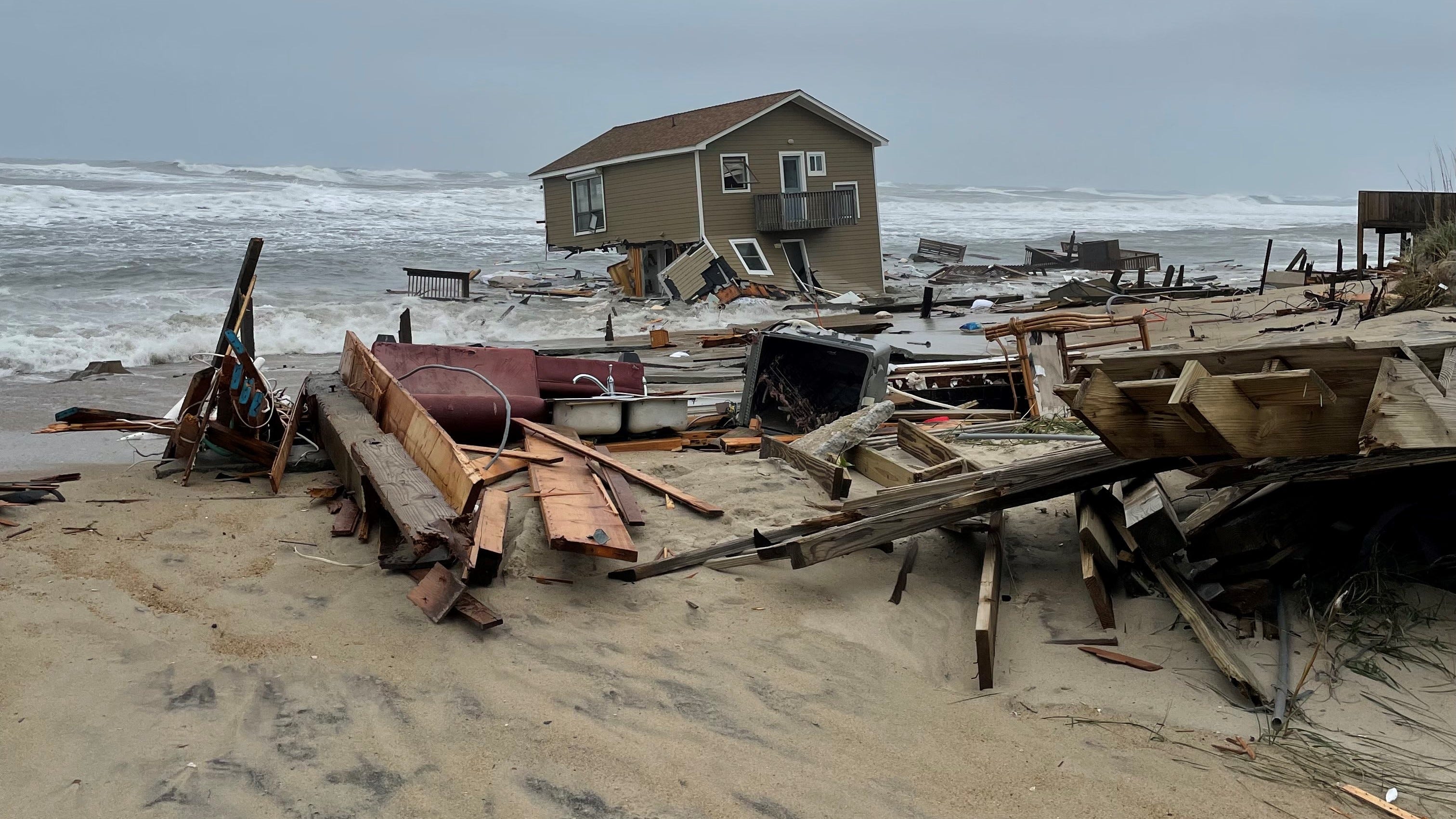 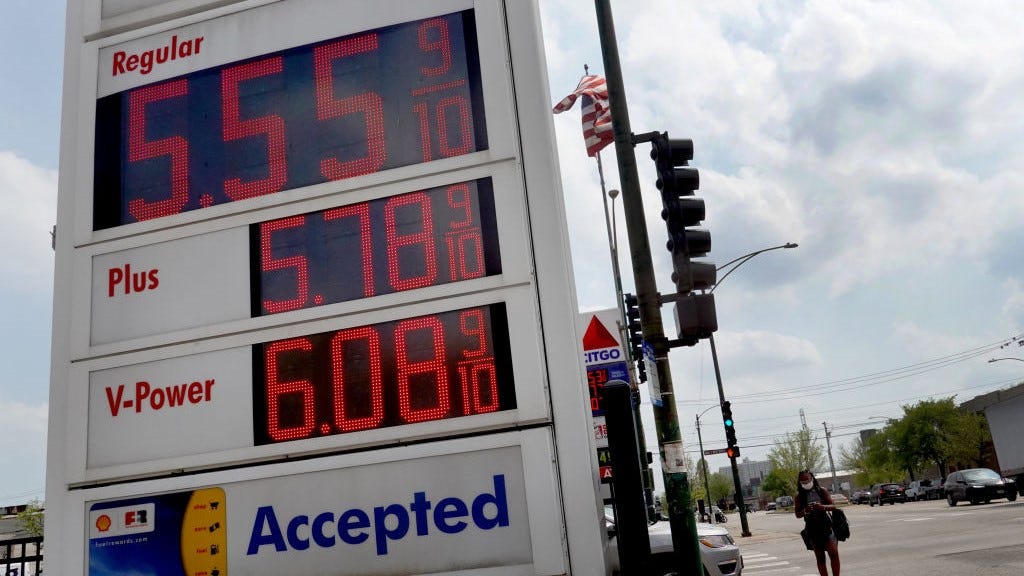 How to get better mileage with rising gas costs