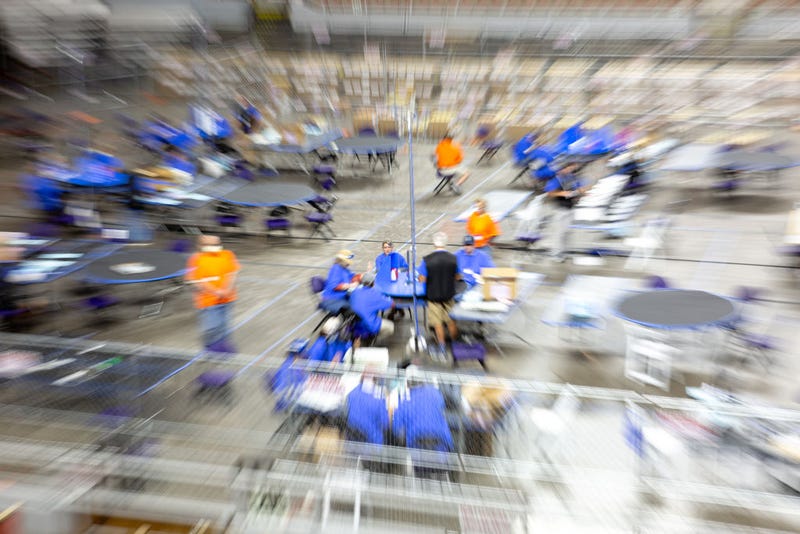 The famed and feared Maricopa County audit results are due to be presented to the AZ Senate soon, and the public shortly thereafter. So here's a short list of the usual litany of complaints you'll hear about this audit, with easily digestible answers for all your friends who only read USA Today and have not been closely following this audit at all:

1.  This is a partisan audit only done by Republicans, so it can't be trusted.

What a shame Democrats weren't allowed to participate in this audit. If they were, it would have been legitimate. Wait, they were invited? By Ken Bennett, who is the Senate liaison for the audit? Well, why did Democrats turn down being involved- at not just a minor level- but 50/50 in all the decision-making, including who to hire to do the cyber analysis and how to coordinate the paper ballot examination? Maybe they didn't realize he was serious. Oh, he invited Arizona Democrat leadership multiple times, in the early stages of the set-up? Seems strange! Short answer:

Democrats knowingly turned down being involved in the audit so they could turn around and discredit the it to their friends in the media.

2.  It was paid for by far-right wing groups.

One of the early complaints about doing this forensic audit was that it would cost too much- in the millions of dollars maybe. This complaint was coming from the party attempting to spend $3.5 trillion in congress right now. But Republicans responded to this criticism by choosing to take very little public (taxpayer) money for the audit. "That'll end THAT criticism," they thought. Nope, Turns out Democrats, who chose not to be involved in the process from the beginning, also didn't want to open their pocketbooks to pay for it with their own money. Can't blame them for that. But that leaves only Republicans to pay for it and creates another talking point.  Short answer:

The audit leaders chose not to pay for it with taxpayer money, leaving private donors as the only means of funding.

3.  Cyber Ninjas and other groups doing the audit have no forensic audit experience.

This is, in fact, true.  Nobody has ever done a forensic audit, therefore nobody anywhere has any experience doing a forensic audit.  All future audits will use this one's successes and mishaps as a guide going forward.  Additionally, no audit of this size and scope has ever been done in the history of America, so the undertaking is massive, and that's why it's taken so long.  Short answer:

This scale of audit had never been attempted, so there was no precedent.

4.  These people are not even certified auditors.

It would be terrific if someone could explain what, exactly, a certified auditor is. To date, the only certification is done by the companies themselves who own the machines. They certify their own workers, but there is no great commission of saints who gather in suits, or robes, and bestow "certified" upon an auditor. And you don't want the tabulation companies certifying their own work, do you? Oh, you do. I see. Short answer: