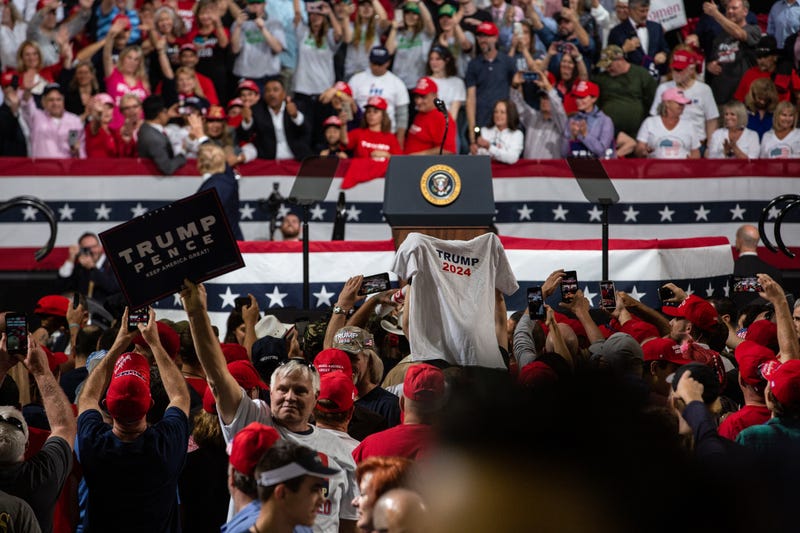 Donald Trump has met with several associates to break bread and reveal his plans to run for president again in 2024, according to a report from Rolling Stone.

“I have three friends who’ve had dinner with him in the last couple of months,” a former senior Republican National Committee official told Rolling Stone. “All three reported that his current plans are to run for president in 2024,” the former RNC official says. “Now, whether he does or not is a different issue. We’ve still got three years to go. But he’s telling people that.”

The dinners occurred at different times over the past year, but the attendees all left with similar impressions, sources said. Two spring meetings left two individual associates certain of the president’s future run, the RNC alumnus said. But the third and most recent meeting in the last two weeks left Trump’s dining pal only partially convinced, believing the former president at least wants his name to be part of the conversation, the magazine reported.

A former adviser with the Trump administration echoed these sentiments, claiming the Republican began formulating his plan to run again in May.

“All the people I talk to who deal with him directly think as of now he is running,” the ex-adviser told Rolling Stone.

Would you vote for President Trump again in 2024?

Trump’s popularity among Republicans remains high, but support for Florida Gov. Ron DeSantis is sharply growing, cutting into Trump’s base.

The former president certainly has the funds to run again. Save America, a pro-Trump political action committee, raised $31 million last year. It nearly tripled that amount in just the first three months of this year, ending with $85 million in cash on hand.