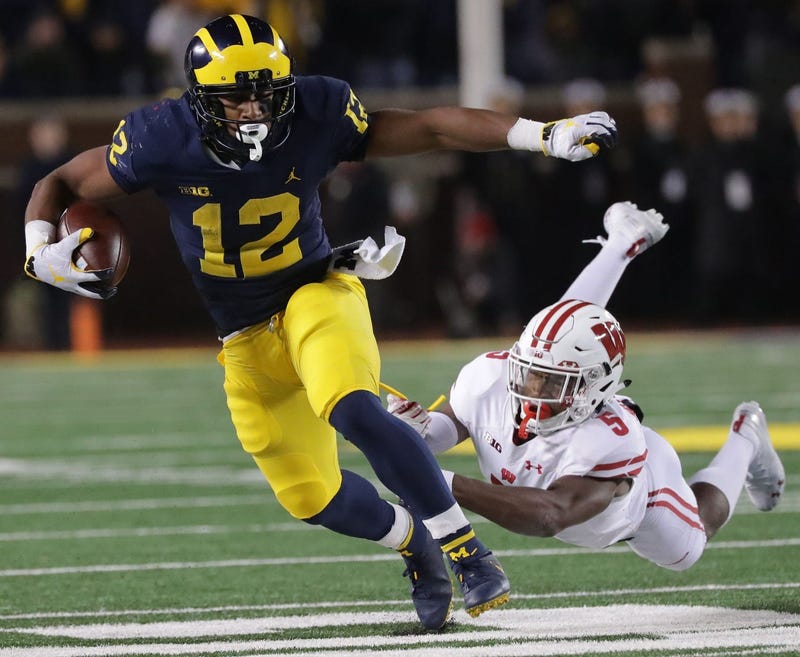 It's been a trying year for Chris Evans, and the Michigan running back knows he has no one to blame but himself.

Evans was suspended from school in February for an academic issue, but he'll be reinstated in January 2020 and he's ready to return to the football team.

"It’s huge," Evans told 97.1 The Ticket. "I just had to wait my time. Had an academic misconduct issue, but I got that figured out and everything’s good. I’m back with the team, working out, practicing. It’s great to be back."

Evans can't officially rejoin the roster until 2020, but he said he's been working out with the team since last Monday. He admitted he wasn't sure this day would ever come.

Despite his uncertainty, Evans, who coached football at Ann Arbor Huron and drove deliveries for Ahmo's Deli the past year to remain near school with his teammates, never considered a transfer.

Then he was forced to spend the season on the outside looking in.

"I definitely learned a lot," Evans said of his time away from the team. "I know that you can be working hard for something your whole life, literally, and it can be taken away just for one mistake that you made. Perseverance. Through that time I could have not done anything or (gone home to Indianapolis) or tried to drop everything and transfer, but I learned a lot about loyalty."

Evans also said he was humbled.

"It was mind-boggling just stepping away. Not being a Michigan football player was kind of weird in public and stuff like that, but I use that as getting humbled and taking my slice of pie," he said.

On top of his paying jobs, Evans also invested lots of his time in CE Stars, the non-profit 7-on-7 youth football program he founded in 2017. And when he wasn't coaching or working, he was training at the Xplosive Performance Academy in Southfield to stay in shape.

For Evans, it all paid off when he gained clearance for 2020 in a meeting with a UM dean earlier this month. He laughed and admitted he was a little nervous.