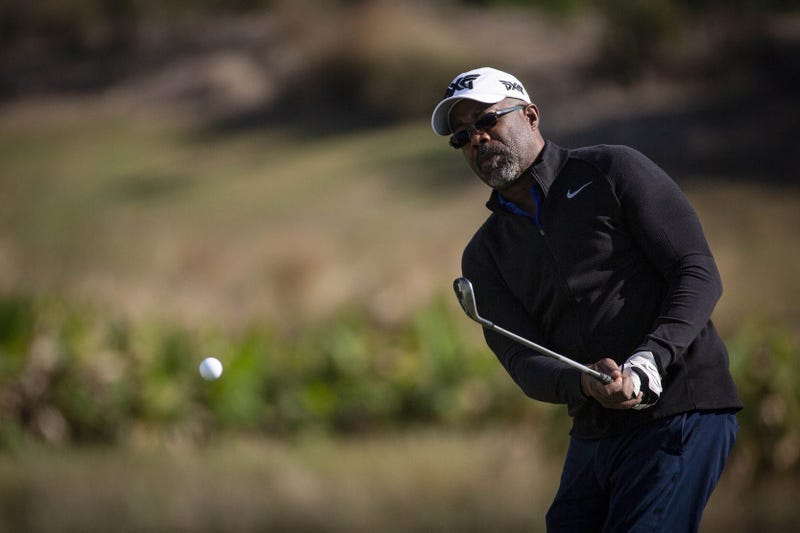 Darius Rucker is most well known for being the lead singer for 'Hootie and the Blowfish.'

My uncle took the Stanley Cup to @Ricks_EL the same night Darius Rucker and Tiger Woods happened to be there. Gotta be the greatest night in East Lansing history pic.twitter.com/8SlRCdEJx0

He is also an avid golfer and golf fan, and a regular performer at the Downtown Hoedown put on by WYCD in Detroit. Rucker recently sat down with PGATour.com and told an interesting story about the first time he met Tiger Woods and it comes back to Rick’s American Café in East Lansing.

“Oh God, that's a great story, OK. When Hootie and the Blowfish was starting to have some success, we were still playing clubs and then the bigger places started booking us. They wanted us to cancel the club dates and we told them that we wouldn't because the clubs were so good to us coming up and we didn't want to screw them. We're going to play them all out and then start the other tour. So we're finishing up a string of clubs and we're playing this club in East Lansing, Michigan. … We'd play a show and then we'd go out to a bar called Rick’s American Café. We were sitting at the bar and I look over the bar and I'm like, ‘Isn't that that Tiger Woods kid that everybody's talking about?’ He's 18. And he was going to Stanford and (our bass player Dean Felber) says like, yeah. So I went over and I said, ‘Are you Tiger Woods?’ and he says, ‘Are you the guy from Hootie and the Blowfish?’ and I sat down and we just hung out all night. But the thing that tops the story, I'm sitting there with this kid Tiger Woods, 18, and we're sitting there and then somebody (a former Michigan State hockey player) comes in with the Stanley Cup. It was his week. Here I am in the bar with Tiger Woods and sitting on the bar was the frigging Stanley Cup. That was a crazy night.”

Karsch and Anderson did their research and figured out the Michigan State hockey player was Danton Cole who played with the New Jersey Devils.

This seems to be the coolest story ever and the fact it happened in East Lansing is even better.

Have you ever been at a bar when someone famous walks in?