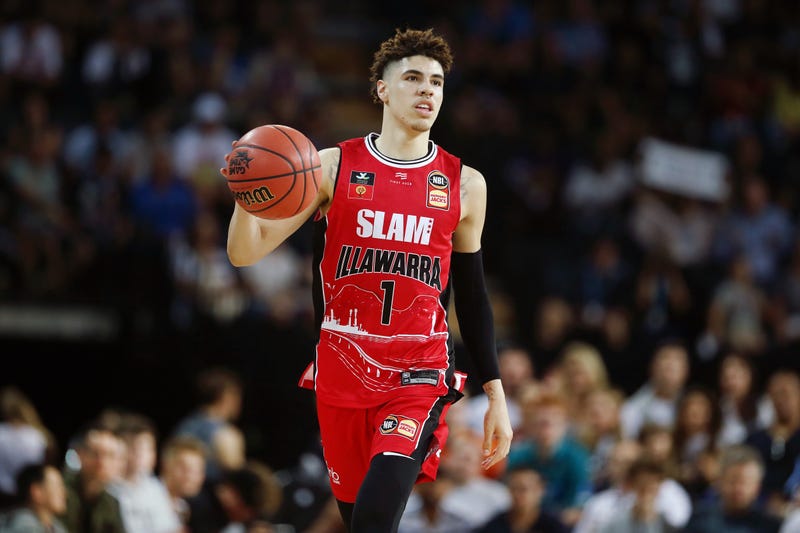 Photo credit Anthony Au-Yeung / Stringer
By The Morning Show With Stoney and Heather, 97.1 The Ticket

For the first time since 2003, the Pistons could have a top-five pick in the draft. And one of the top-five prospects this year is LaMelo Ball, the 18-year-old point guard who played professionally this season in Australia.

Ball is an elite playmaker, which makes him a natural fit for the Pistons. He averaged 17.0 points and 6.8 assists over 12 games for the Illawarra Hawks before returning to the United States to care for a foot injury. He's unlikely to play again prior to the draft, with the sports world on pause due to the coronavirus.

Fortunately the Pistons saw him when they had the chance.

"I would just say, that young man has a lot of talent," senior advisor Ed Stefanski told the Jamie and Stoney Show on Monday. "There’s no question about it. And we were able to see him early, we had a scout for a while overseas in Australia to watch. So we were fortunate there, where some teams were going to go over in the spring to see him play and obviously that’s not going to happen now."

The Pistons currently have the fifth best odds in the draft lottery, with a 10.5 percent chance of getting the No. 1 pick. They also have a 42.1 percent chance of picking in the top four. If Ball is on the board when they make their selection, Stefanski said the prospect of dealing with LaVar Ball -- LaMelo's outspoken father -- won't have any impact on the team's decision.

"We have plenty of video," he said. "We have done our work."

"We’re in a different situation now and you have to adapt. Would I like to have the kid in my gym and I could see him more? We’ve seen these kids over and over, so I feel comfortable," Stefanski said.

Stefanski also gave a positive update on Pistons scout Maury Hanks, 62, who's in a serious battle with the coronavirus in a hospital in Knoxville, Tenn.

"He’s been struggling, but every day a little bit better. We’re praying that Maury comes through this," he said.