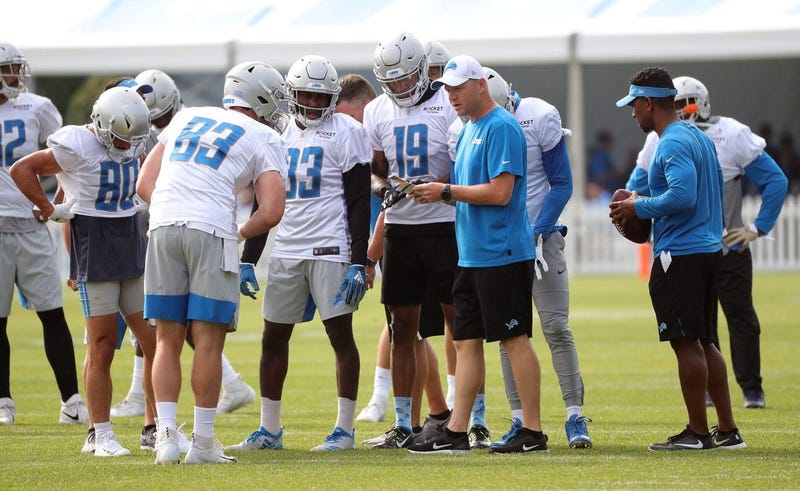 In a league dominated by the pass, Darrell Bevell and the Lions are ready to run their own route. Their offense this season will be built on the ground.

Bevell said as much earlier this summer, and the plan has begun to take shape through the early stages of training camp.

"Right now it looks like we’re running the ball a lot more, and that’s something that we’ve been talking about," said guard Graham Glasgow on Tuesday. "I think that’s going to be good for us, maybe being a more balanced offense. But you can see it, I can see it. I think that it’s going well so far."

It's why Bevell is here. His history as an offensive coordinator is defined by rushing the football. The Lions have a potential star in Kerryon Johnson and the parts up front to pave the way, and they intend to put this formula to use in 2019.

Asked if it reminds him of any offense he's been a part of in the past, Glasgow pointed to his senior season at Michigan.

"In the actual percentage of run and pass, maybe under Harbaugh in college," he said. "But everybody’s terminology is different, everybody’s scheme of everything is different. It’s similar in the sense of ideology, but in actual scheme it’s all different."

Much like Bevell, Jim Harbaugh has always valued the run. In 2015, Glasgow's lone season under Harbaugh, the Wolverines ran the ball about six more times per game (37.8) than they passed it (31.9).

If the splits are similar this season for the Lions, it will represent a