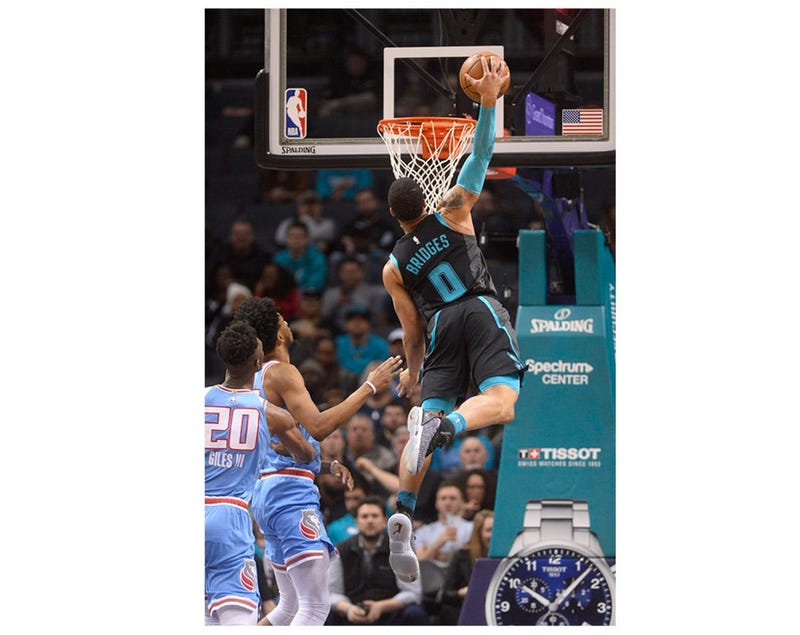 97.1 The Ticket -- Fresh off a highlight reel dunk Thursday night against the Kings, Charlotte Hornets rookie Miles Bridges will reportedly be in the Slam Dunk Contest during next month's NBA All-Star Weekend in Charlotte.
Chris Haynes of Yahoo Sports tweeted Friday that the rookie plans to compete in the contest, held in his team's home arena on Feb. 17

Bridges has had a number of highlight dunks this season, including a tomahawk dunk against the Pistons in his return to Michigan.

Hornets rookie Miles Bridges plans to compete in the All-Star Dunk Contest, per @ChrisBHaynesThis should be fun -- pic.twitter.com/IXDwZ4LTO1

Spartan fans had plenty of dunks to gush over during his two years at MSU.

Something we can't wait for:Former @MSU_Basketball star @MilesBridges is rumored to be in the 2019 @NBA Slam Dunk Contest. pic.twitter.com/Bfz9QA5EjK

Bridges will look to produce a rookie encore in the Dunk Contest, following Utah's Donovan Mitchell, who won last year.

Bridges will also try to be the first Spartan to win the contest since Jason Richardson won back-to-back contests in 2002-03, the first of which also came during his rookie season.