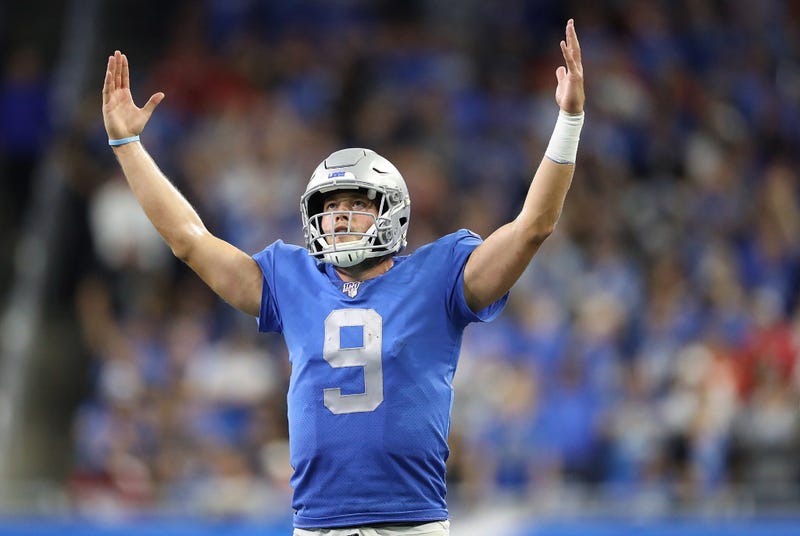 Photo credit Getty Images
By Will Burchfield, 97.1 The Ticket

Matthew Stafford has his fair share of detractors, those who say he doesn't have the makeup to win big in the NFL. So does he have his supporters, those who think he's been let down by a historically inept organization.

Put Carson Palmer in the latter camp. In fact, name Palmer its leader.

In an appearance on the Tiki and Tierney Show (video above) on CBS Sports Radio, Palmer, a three-time Pro Bowler in his day, was asked to name the most talented quarterback in the NFL. His initial response: Patrick Mahomes.

"But I think with my own eyes, the most talented quarterback that I’ve ever seen and just doesn’t get his just due, and it’s somebody that probably a lot of people wouldn’t put at the top of their list, but Matthew Stafford," Palmer said.

"I think Matthew Stafford has more talent than most of the quarterbacks in the league not named Aaron Rodgers and Mahomes, but he plays for Detroit," Palmer said. "The quarterback situation is so circumstantial, it’s so based on the organization. If you play for a good organization, you’re going to have a very, very successful career. If you play for a bad organization, it’s turnover and change and firing coaches and firing GM’s.

To Palmer's point, Stafford has played for four head coaches and four offensive coordinators in his 11-year career. In the same span, the Lions have had three different general managers.

"They’re just an organization that’s kind of been trying to find their way throughout his career, and Barry Sanders’ career, and Calvin Johnson’s career," Palmer said. "But as far as talent’s concerned, he’s got more arm talent than 95 percent of the league, he’s got great feet, he’s mobile, he’s really smart, he’s extremely tough. But nobody knows about it because he plays for the Lions."

Some will say Stafford's the reason for the amount of turnover in Detroit's organization. Others will say he's the victim. It's a matter of perspective, and Palmer's is that of a former first-round pick who played 14 years in the NFL, put up consistently strong numbers ... and went 1-3 in the playoffs.

That's not to to take anything away from Stafford, or diminish Palmer's opinion. There are plenty of NFL quarterbacks, both current and former, who will attest to Stafford's natural talent. Just a year ago, and the year before that, he was ranked No. 31 among the NFL's top 100 players by his peers.

It's his ability to take the Lions to the next level that leaves people conflicted. Palmer, at least, is on Stafford's side.