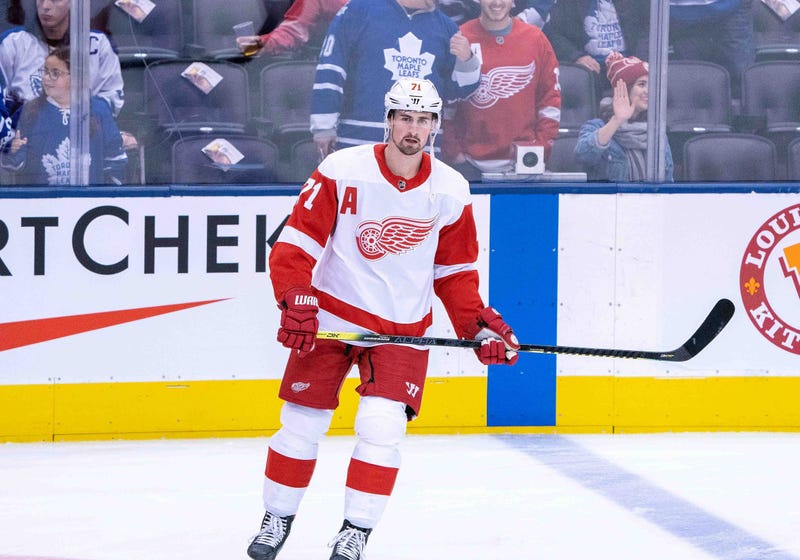 He didn't mean any disrespect, but Dylan Larkin made headlines last week when he tried talking his way out of the All-Star Game.

“Please don’t vote, I’d like the days off more,” said Larkin, Detroit's nominee on the Last Man In ballot. “There are great players in that group (of candidates). We have great fans, but I’m sure there’s guys more deserving to go. I’m fine with that.”

"It's stupid," Burke said, via The Score. "This kid is a good kid and he's a good player, but it's an honor to be a part of the All-Star weekend. ... You should get a speeding ticket on your way to the airport to fly to this game, Dylan Larkin, and you shouldn't scoff at it like that.”

Plenty of players share Larkin's sentiment. Alex Ovechkin, who's played in seven All-Star Games, will sit this year's out and incur a one-game suspension. Former Red Wings Henrik Zetterberg and Nicklas Lidstrom once turned down invites as well.

But Burke said Larkin, whose only All-Star Game came in his rookie season, doesn't have that right.

"A player acquires the right to turn this down like Alexander Ovechkin, but that's after he played in about 12 or 15 of these. International hockey, all the other stuff he's done, all the playoffs,” Burke said. “Once you've done that, you can say no to this game.

"Otherwise, if you're voted in, get on a plane and keep your mouth shut."

Burke, who's served as GM for the Canucks, Ducks, Maple Leafs and Flames, added that if he were Red Wings GM Steve Yzerman, he would've "gone down and ripped (Larkin's) face off" for what he said.

"If that was one of my players, I would say, 'How could you be that dumb in front of a camera?' If you're going to be that stupid, do it off-camera,” Burke said.

Larkin, 23, is in the midst of a disappointing season, with just 27 points in 43 games. Barring something unexepcted in the Last Man In vote, which concludes Jan. 10, Tyler Bertuzzi will be Detroit's lone representative at the All-Star Game.