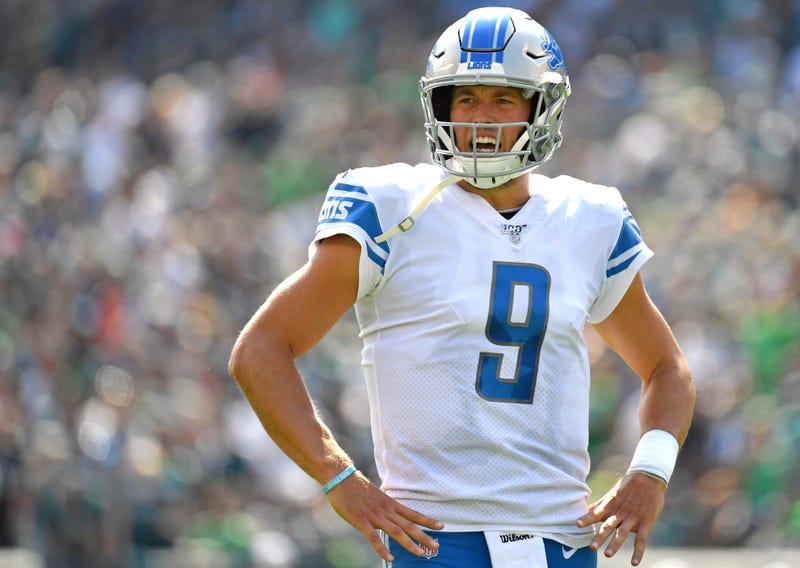 In all likelihood, Matthew Stafford will make his 132nd consecutive start Sunday against the Chiefs, the third longest streak among active NFL quarterbacks.

But he was officially listed as questionable on Friday when he popped up on Detroit's practice report with a hip injury.

It's unclear when the injury occurred. Stafford, 31, has shown no ill effects through the first three games of the season. He's thrown six touchdowns to two interceptions and compiled a passer rating of 97.5. He's also used his legs more often in Darrell Bevell's offense.

Stafford walked through Detroit's locker room after practice on Friday and showed no signs of discomfort.

Elsewhere on the injury front, Mike Daniels has been ruled out with the foot injury he suffered in Week 3 against the Eagles. Daniels, who did not practice this week, missed the final six games of last season with a foot injury.

Darius Slay, whose availability looms large against the high-powered Chiefs, remains questionable with a hamstring injury after practicing in limited fashion for the third day in a row. He declined to speak to reporters on Friday, but he's a good bet to play Sunday.

Wide receiver Danny Amendola (chest) and defensive lineman Da'Shawn Hand (elbow) are also questionable. Friday was encouraging for both players, as Amendola returned to practice after being sidelined the two days prior and Hand shed the elbow brace he's been wearing since training camp.

Along with Stafford and Slay, it wouldn't be a surprise to see Amendola and Hand active on Sunday. The Lions, of course, will need all hands on deck.