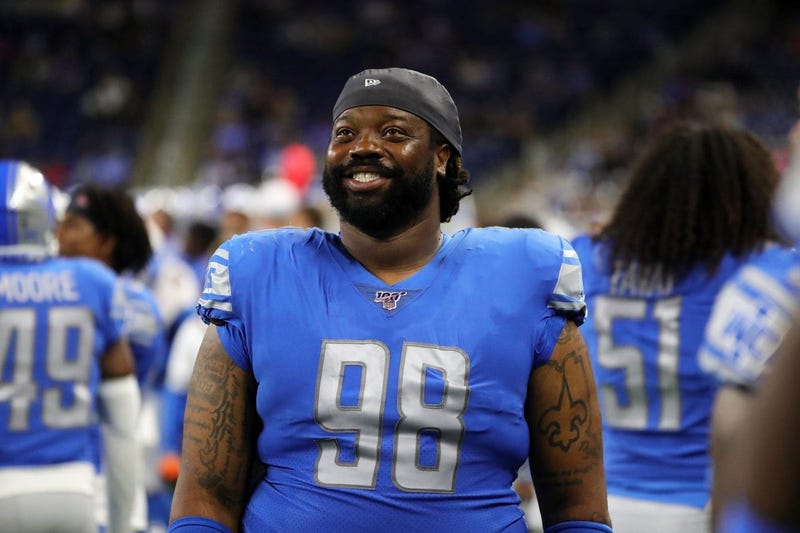 97.1 The Ticket -- The Lions are reportedly releasing defensive tackle Damon "Snacks" Harrison after he spent a season and a half with Detroit.
ESPN's Adam Schefter reported the news on Twitter Thursday night.

Harrison, 31, said at the end of last season he was pondering retirement. Injuries had led to a decline in his performance, which had sapped his joy for the game.

"I got too much pride, man," he said. "I've been doing this too long. If I can’t be the player I’m used to being, my teammates deserve better, my family deserves better, the fan base deserves better. I never cheated the game a day in my life, man. My mind still tells me I can do it, but my body’s just not there."

Whether or not Harrison has reached a decision isn't clear, but his uncertain future surely influenced Detroit's decision.

The Lions acquired Harrison from the New York Giants in a trade in October 2018. He instantly energized their defense, which went from one of the worst in the NFL to one of the best in the second half.

Harrison appeared in 15 games for the Lions last season, racking up 49 tackles and two sacks, but wasn't his usual dominant self inside as he battled groin and knee injuries.

The Lions could soon have a dire need for depth on the defensive line. On top of Harrison -- who was under contract through the 2021 season -- A'Shawn Robinson and Mike Daniels are both free agents this offseason.