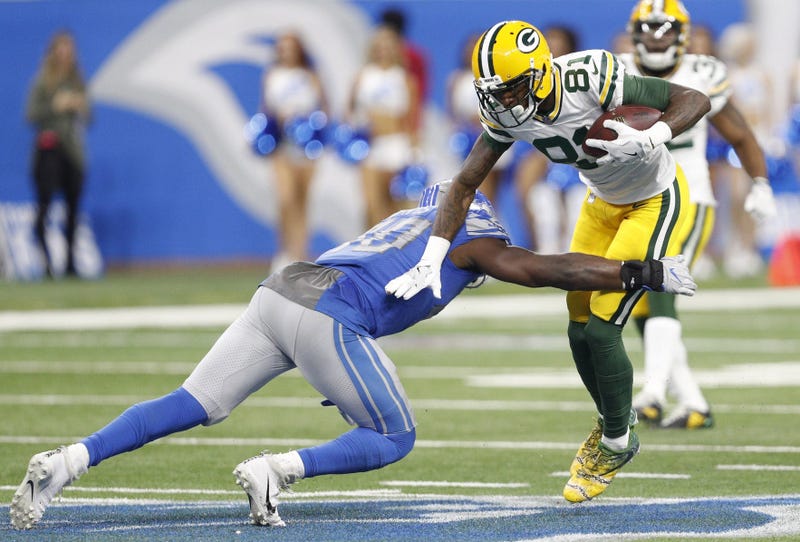 97.1 The Ticket -- The Lions have agreed to terms with a former rival.
The team announced Sunday it is signing former Green Bay Packers wide receiver Geronimo Allison. While the team did not specify details of the contract, Ian Rapoport of NFL.com reports Allison signed a one-year deal worth $910,000, with a $137,5000 signing bonus.

The #Lions agreed to terms with former #Packers WR Geronimo Allison, and he’ll get a 1-year deal for $910K and a $137.5K signing bonus — the max for the veteran minimum.

Allison, who signed with the Packers as an undrafted rookie free agent out of Illinois in 2016, racked up 89 catches for 1,045 yards and six touchdowns in his first four seasons.

In six career games against the Lions, Allison has recorded 12 catches for 163 yards and a touchdown -- one that helped the Packers pull away from the Lions in the fourth quarter of the 2016 regular season finale that sent Green Bay to the playoffs and eliminated Detroit.

Allison spent the last four seasons (2016-19) with the Green Bay Packers after signing with the team as an undrafted rookie free agent out of Illinois in 2016. He has appeared in 46 career games (14 starts) and has logged 89 receptions for 1,045 yards (11.7 avg.) and six touchdowns.

Allison appeared headed for a real breakout season in 2018, before a torn adductor cut his season short. In just five games, he'd racked up a career-high 303 yards and two touchdowns. He returned to the field last year and put up 287 yards and two scores, while he saw a career high in targets (55) and receptions (34).