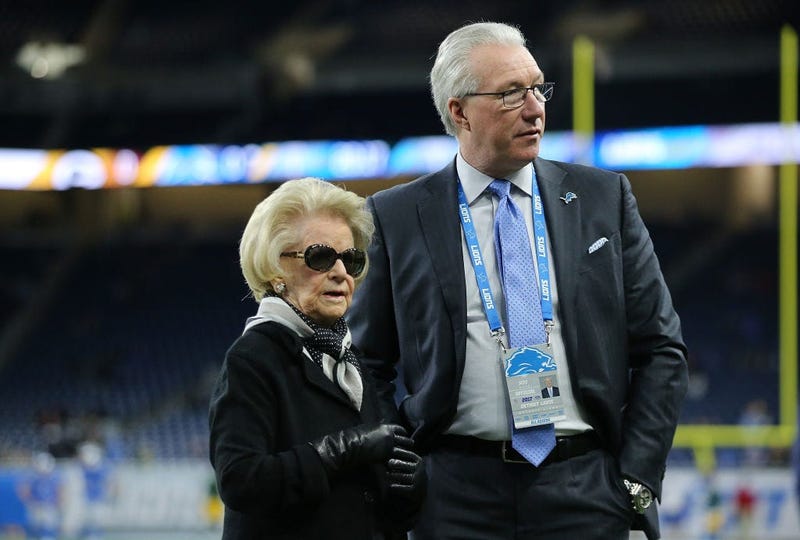 If there is one person that Lions fans like to point their finger of blame at for the team not winning a Super Bowl -- or more than one playoff game since 1957 -- it has to be the owner of the team.

I cannot even begin to tell you the amount of times I have screened calls for Karsch and Anderson and a caller says, "Nothing will change until the Fords sell the team."

Not once have I believed that to be true.

If you believe the words of Lions team president Rod Wood, Martha Ford is a different type of owner than the late William Clay Ford Sr.

Woods spoke to fans in Grand Rapids Monday afternoon and was pressed on the challenge of building a winning culture, according to fox17online.com.

Said one fan, "I'm 58. I've been a fan since I was eight-years old, so that's 50 years of pain. I'm just wondering, why is it so hard to instill a winning culture in Detroit?"

"We're the same age, so I feel your pain," Wood said. "I think it's a great question. I think a lot of it is the people at the top running the organization, myself included. I think Mrs. Ford is a much different owner than her husband. She has a lot less patience for mediocrity, which is why we have made some of the changes we've made.

"When I was hired and we had the choice of a general manager, I wanted to (draw from) an organization (in the New England Patriots) that is used to winning and doesn't know anything but winning. That's why we landed on Bob Quinn. And then after we decided to make a change with the head coach, we went back and looked for the same kind of opportunity to add a coach who doesn't expect anything less than competing for the Super Bowl every year."

This is a great response from Wood. Now, all we can do is hope that it's true.