Lions running back Adrian Peterson is a Hall of Fame talent. He's also a heck of a teammate.

Wherever Peterson has played, his peers have sung his praises. For his work ethic. For his positivity. And maybe most of all, for his willingness to help. Especially as he's grown older, Peterson has made a point of mentoring the younger backs around him.

His latest protege is D'Andre Swift. Over and over this season, Peterson has praised Detroit's rookie running back. He was there for Swift after his big gaffe in Week 1. He was in his ear after his first 100-yard game. And now that Swift is poised to take control of Detroit's backfield, nobody is rooting for him more than Peterson. 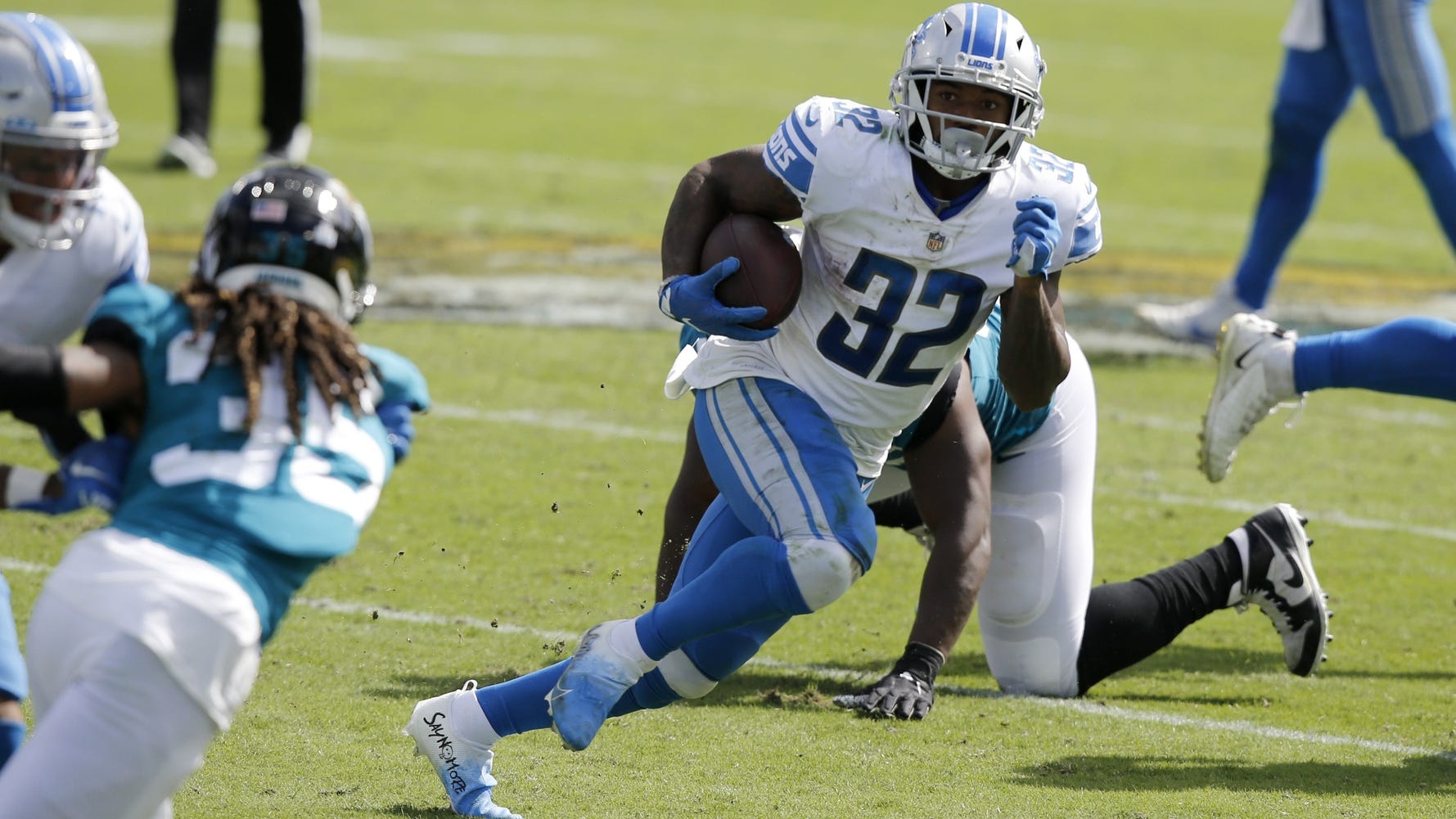 D'Andre Swift is growing up before Adrian Peterson's eyes

Swift won't be able to play this Sunday against the Panthers due to a concussion, but he got the first start of his career in Detroit's win over Washington last week. When the coaching staff told Peterson he'd be Swift's backup, Peterson asked them what took so long.

"It made sense to me. Actually, when I was told, I was like, 'You guys should have done this two, three weeks ago," Peterson said. "I'm here to try to win, that's my main objective. Of course I want to play, I'm a competitor."

With Swift sidelined, Peterson will step back into the starting role for Detroit, at least for a week. It's not clear when or how Swift suffered his concussion; Peterson said it took him by surprise.

"The first thing was, what's going on? It was my concern for his health, because it kind of threw me off," Peterson said. "But then after that, hey, OK, the young guy's down and as a running back room we have to step up and handle our job."

On Sunday, the Lions will have to find a way to win a crucial game without him.