T.J. Hockenson delivered the Year Two leap the Lions were hoping for in 2020. He doubled his numbers in receptions and yards. He tripled his touchdowns. He made the Pro Bowl -- Detroit's first tight end to do so in over 20 years.

And his new offensive coordinator says Hockenson is just getting started.

"T.J. did some nice things last year and I think his ceiling is even higher," Anthony Lynn said Wednesday. "I know he made the Pro Bowl and all that, but he can play even better, and that was an encouraging part. But I liked what I saw on tape. He’s a good football player."

After a disappointing rookie season that was cut short by an ankle injury, Hockenson started to fulfill his potential in 2020. The same potential that made him the eighth overall pick in 2019. He finished third among tight ends in yards (723), fourth in receptions (67) and ninth in touchdowns (six). 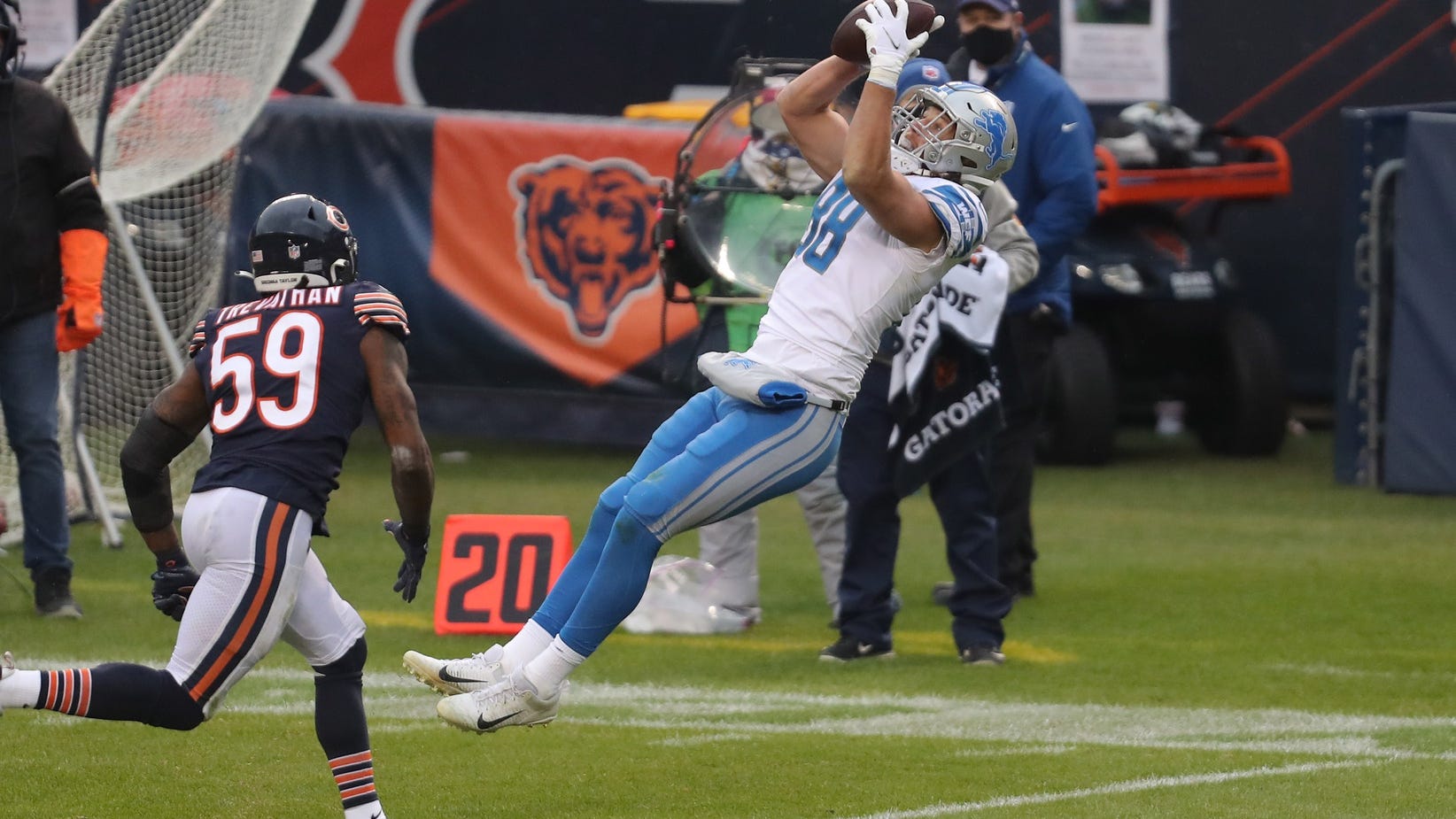 Now that he's a 'professional,' T.J. Hockenson is becoming a star

That's great production for a tight end in his second season. Now we see if Hockenson can enter the elite. If he can join a conversation headlined by Travis Kelce and George Kittle. A conversation that not too long ago was headlined by Antonio Gates, the future Hall of Famer who played under Lynn for the final two seasons of his career.

Elite tight ends wreak havoc on defenses. They change the game whenever they're on the field. They routinely put up 100-yard games. Kelce had nine this season, including the playoffs. Hockenson had none. But Lynn said Hockenson "can develop into that role, absolutely" for the Lions.

"It creates a very unique matchup because you have linebackers and safeties covering that guy," Lynn said. "And if he’s a stud, it’s going to be a long day for you."

What's more, it opens up holes on the ground.

"If I force you to put a DB on that guy, then obviously you have a lighter box and we can run the football," said Lynn. "So not only does it create matchups for you in the passing game, but it also helps you in the run game."

That's the vision for Hockenson, a vision of dominance. He took the first step last year. Lynn is challenging him to take the next one, the big one, in 2021.