It's rare enough to see an offensive lineman stand up to Aaron Donald. But a rookie? That's what the Lions love about Penei Sewell, who didn't back down when the four-time Defensive Player of the Year got in Sewell's face midway through the second quarter last week in LA.

After Sewell drove Donald back a yard on a run toward the other side of the line, Donald took a couple shots at Sewell following the whistle. Sewell, 6'5 to Donald's 6'1, 330 lbs. to Donald's 280, stiff-armed him back. When Donald grabbed Sewell's facemask, Sewell grabbed Donald's. When Donald kept chirping, Sewell chirped back.

The seventh overall pick went toe to toe with the best defensive player in the game, and Dan Campbell loved it.

Penei Sewell wasn't going to back down from Aaron Donald. Exactly what Dan Campebll wants. pic.twitter.com/I0bapGn4d2

"That’s who Sewell is," Campbell said Tuesday on the Stoney & Jansen Show. "Sometimes I forget that he’s been a staple here for us starting from day one. Sometimes I forget he’s a rookie. But yeah, I do like that about him and that’s how he’s made, man. He’s not the type of guy who goes in the tank or when things don’t go well he loses confidence or he sulks. He gets upset and he wants to be better. But that’s how he is, man. He’s not gonna take crap off anybody and I appreciate that about him."

Sewell also stood his ground between the whistles. He was Detroit's best offensive player and the fourth best run-blocking tackle in the NFL for the second week in a row, according to Pro Football Focus. The Lions' young offensive line stepped up as a whole, limiting Donald to one admittedly crucial QB hit late in the game and zero tackles for loss.

"I thought our guys up front did a pretty dang good job," Campbell said. "He got us at the end, but I’ve watched game after game where that guy has just wrecked the game and it's play after play after play. And I thought we held up pretty damn good. Those guys fought."

Campbell acknowledged that Donald got the best of guard Jonah Jackson on the pressure that led to Jared Goff's fourth quarter interception, "but Jonah for most of the game did pretty good against him." Indeed, Jackson earned his highest grade of the season and the fourth best run-blocking grade in the NFL from PFF. Center Evan Brown and guard Halapoulivaati Vaitai also turned in strong performances.

It was another solid outing for a unit that's missing its two best players in Frank Ragnow and Taylor Decker -- and a good reflection on Campbell and his coaching staff. 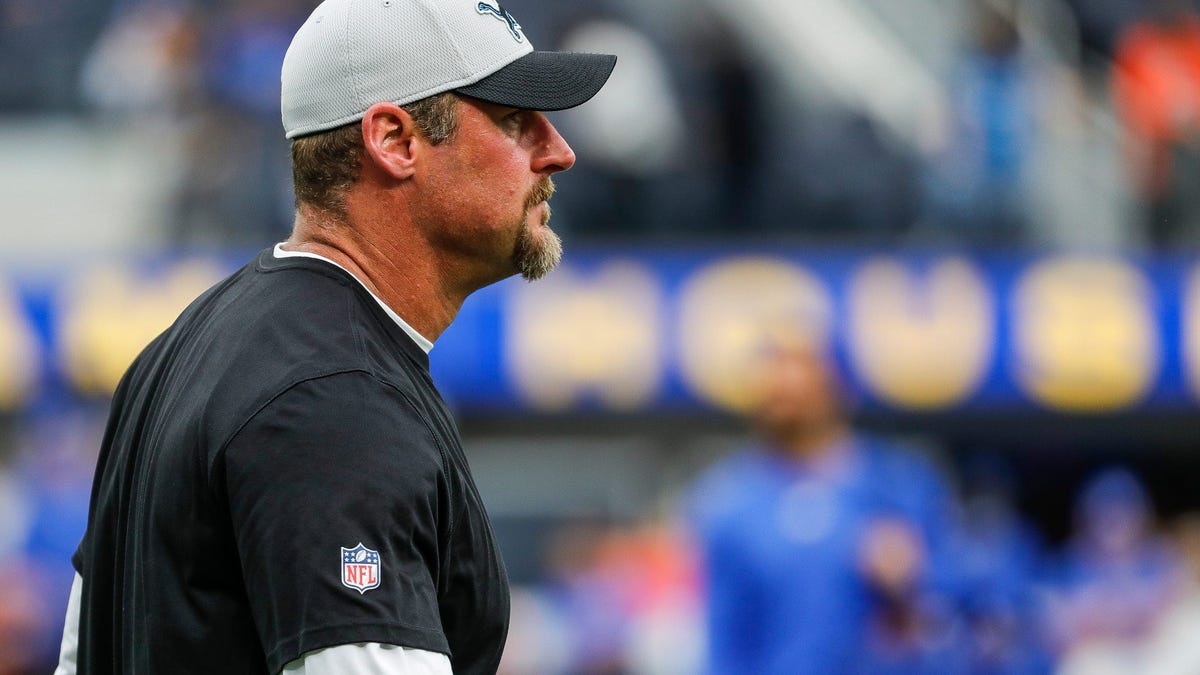 Campbell also touched on Lions owner Sheila Ford Hamp admitting in an interview last week with the Free Press that the team is in a "rebuild" even though "no one wanted to say that exactly" at the start of the season.

"She’s the owner of this team and whatever she says, I got no problem with," Campbell said. "She’s awesome. So she can use whatever words she wants. What I’m charged with is, the players on this roster and pulling out the most of them with this coaching staff. Our job is to field the best team we can, make the most competitive team and find ways to win games. That’s what I’m charged with and I’ll do that. I still think that we've got enough here to find a way to win games."