Last season, the Lions lost their left tackle, their top receiver and one of their top corners in Week 1, their All-Pro center and their top pass rusher in Week 4 and didn't win a game until Week 13. Dan Campbell decided that wasn't happening again.

Campbell can't control injuries. He can control how his team responds to them. And the Lions, truth be told, responded pretty well last season, especially on the offensive line. That served them well last week when they took on the Commanders without starting center Frank Ragnow and starting guards Jonah Jackson and Halapoulivaati Vaitai.

With three backups on the interior of their offensive line, the Lions rushed for nearly 200 yards against one of the best interior defensive lines in the NFL in a 36-27 win. They also held Carson Wentz and the Commanders scoreless in the first half without top cornerback Amani Oruwariye and key pass rusher Austin Bryant.

"This is what we talked about," Campbell said Tuesday on the Stoney & Jansen Show. "I told the coaches in the offseason and training camp, ‘It’s not about winning with our guys here (now). It’s, what happens if we have a repeat of last year and we lose a number of starters? We gotta find a way to win.’ Like, if everything happens the way it did last year injury-wise, how do we win games?

"And it’s all about developing the backups and next-man-up and there’s gotta be a belief, and then we have to play a certain way. That’s the other thing. Listen, this worked out because we were able to play the type of game we needed to play with where we were at."

For that, Campbell credited offensive coordinator Ben Johnson, who called an audible on the game plan when the Lions ruled out Ragnow and Jackson in the days and hours leading up to kickoff -- and then "called a hell of game" with the personnel on hand. That included a 6'9 tackle playing guard in his first NFL start. 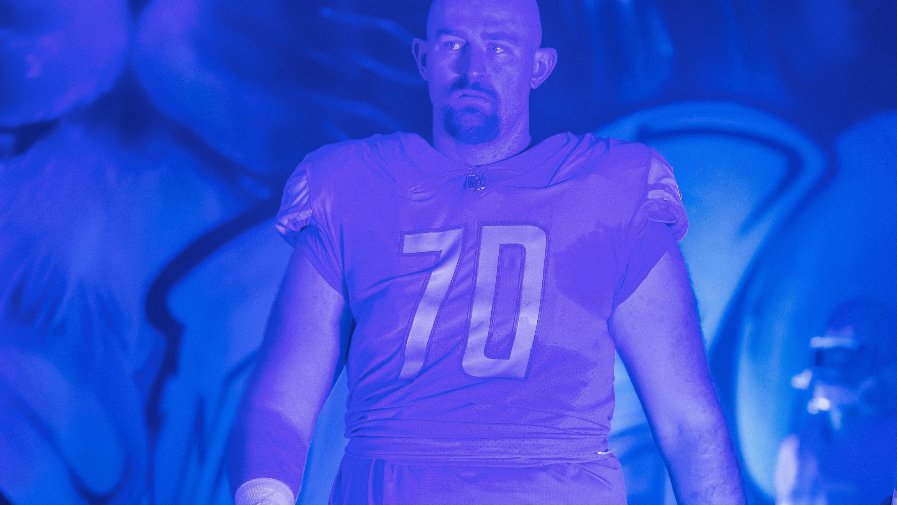 "We went into this game thinking one thing and then quickly, within a day or two, you realize you’re not going to have all your guys and we had to shift the way we were thinking and what we were going to do," Campbell said. "And I thought Ben did a good job. It was exactly the way that I saw it going. I don’t think he could’ve called a better game for where we were at and what we needed to do to complement our defense and to move the football against these guys.

"I just think he’s on it. He just continues to grow and I got a lot of faith in him right now."

Campbell said the same of Aaron Glenn, whose defense "set the tone" by forcing four three-and-outs and a safety on Washington's first five drives and not allowing so much as a first down until late in the first half.

"There again, everything works hand in hand," Campbell said. "It’s a credit to our defense. They gave us a chance to be able to play in phase and play in rhythm and do what we felt like we could do offensively. If you get in a game where you’re asked to throw it 50 times and we’re in two-minute mode early in the third quarter, it may not be the same game." 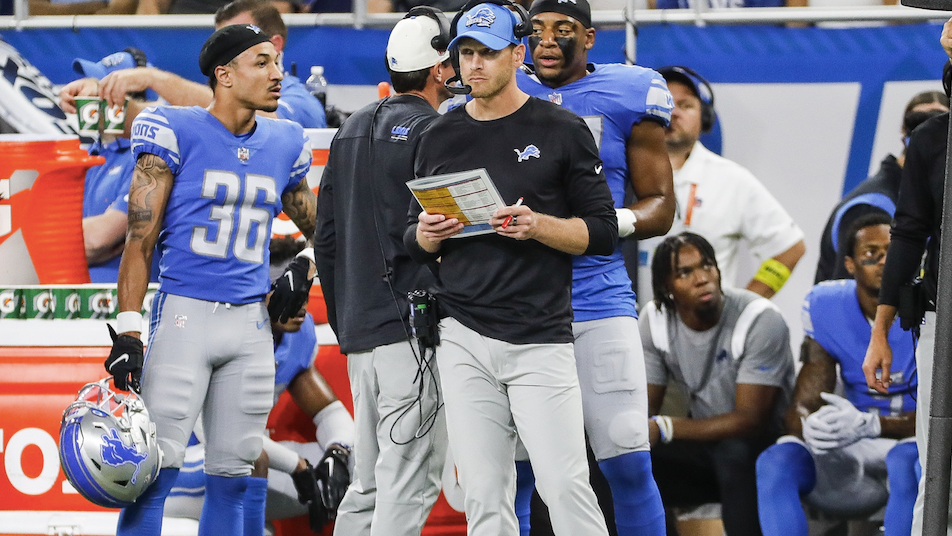 A step ahead? Ben Johnson put on 'coaching clinic' against Commanders

Not to be underestimated here is the impact of offensive line coach Hank Fraley. The savvy he gained as a center who spent 10 years in the NFL has helped backups Dan Skipper, Logan Stenberg and Evan Brown slide rather seamlessly into the lineup, Brown for the second year in a row in place of Ragnow.

"Hank’s got a good feel of it, having played the position, but also coached it," Campbell said Monday. "And he’s got a real good feel for those guys, what they do well, how to develop the talent and how to pull it out of them. When you’ve played at this level like he has and played for a long time, and you’re not the best athlete-- like I wasn’t the best athlete -- you’ve got to understand the technique. And you can give guys things that they need to survive, and that’s what Hank’s able to do."

On top of that, said Campbell, Fraley is a firm communicator who knows how to motivate the players in his room.

"When you’re an ex-player, there’s a lot of guys that’ll start backing off and taking it easy because you feel a little bad for them because you know what that’s like and, 'Man, that’s hard.' It is hard, but you can’t do that," Campbell said. "You’ve got to continue to push, and he’s got a good balance of that."

The Lions are hoping to get Ragnow (groin/foot) and Jackson (finger) back soon, as well as Oruwariye (back). It's a good sign that they all remain on the active roster. Campbell said Monday that Ragnow and Oruwariye are getting "a little better" each day while Jackson is "relatively the same as he was two days ago." The Lions will know more about as the week progresses ahead of Sunday's game at Minnesota.

However it shakes out, they know they can win with what they've got.

Other highlights from Campbell's interview on 97.1 The Ticket:

On visiting the Vikings after two games at home: "It’s going to be loud there. That atmosphere is going to be pumping, so now it shifts to us offensively being able to communicate silently, where our defense has been communicating silently because our crowd has been outstanding, man. Two weeks in a row, we got another one (against Washington). Those guys came in and gave us some life and put a lot of pressure on the opponent. That does not go unnoticed, believe me. But yeah, this is a big one, man. We gotta be able to communicate quickly, efficiently and it can't be verbal. So this will be big."

On what he expects from the Vikings: "I think we’re going to see the best of what they have, and they got plenty of people that can hurt you. They’re going to be upset that they lost (Monday night). They’re back at home and every week is a different week. They’ll be game-planning us just like we’ll be game-planning them, but I like where we’re at I like where out mindset is at."