NFL coaches don't like to talk openly -- about anything. But about trying to trade a player on their roster? In the middle of the season? After an 0-2 start?

Welcome to the Dan Campbell experience in Detroit.

A day after reports surfaced that the Lions are shopping linebacker Jamie Collins, Campbell stepped to the microphone at the team's practice facility and said yep, Collins is on the block.

"Jamie Collins will not be in the building as we are exploring a trade," Campbell said Thursday.

And the Lions are taking any and all offers.

"We’ve got suitors right now, so certainly we’re hoping to have this done sooner than later. But we’re not necessarily putting a timetable on it either," Campbell said. "We’ve had open communication with Jamie. We sat down and told him straight up and he’s been good. He understands."

The Lions are moving on from Collins, one of their starting middle linebackers, because he hasn't met their expectations through two games. He's looked slow and, at times, disengaged. The club also wants to create opportunities for its younger linebackers, specifically rookie Derrick Barnes, who's poised to start in Collins' place Sunday against the Ravens.

Awesome items to take your Lions tailgate to the next level!

"We’ve been through two games now and you just make your assessment and your judgement of where we’re at," Campbell said. "And we felt like if you’re going to grow and try to get better as a team and as a unit, you better do it right now. I think this is best for Jamie as well. He gets a chance to go somewhere and do what he does, and we’re just in a different place."

Collins' effort came into question during the Lions' Week 2 loss to the Packers when he was beaten several times around the edge. And Campbell didn't exactly squelch things the next day when he acknowledged that Collins doesn't "move with the same effort" as fellow MLB Alex Anzalone. He also suggested Collins was headed for a smaller role. The day after that, trade talks had begun.

Campbell did say Thursday that Collins "attitude's been great," noting the nine-year vet did what the Lions asked him to do in the offseason, including dropping weight. Asked if he had concerns about Collins' effort in the first two games, Campbell said, "I don’t want you to think I’m avoiding this, but I don’t want to do that. I've got too much respect for him. He gave what he had and there again, we felt like it was time to move on."

For Barnes, this is a big opportunity. Campbell has gushed about the 22-year-old from the moment the Lions traded up to draft him in the fourth round. He's played sparingly on defense after dealing with a hamstring injury in training camp, but Campbell thinks the rookie is ready for more. A lot more.

"You saw it in the preseason and then even in the limited snaps that he got against San Fran, just his aggressive style," Campbell said. "He plays lights-out. He can run. Look, he's going to have some growing pains, things are going to come up, but he can make up for a lot just with his effort, which he’s done." 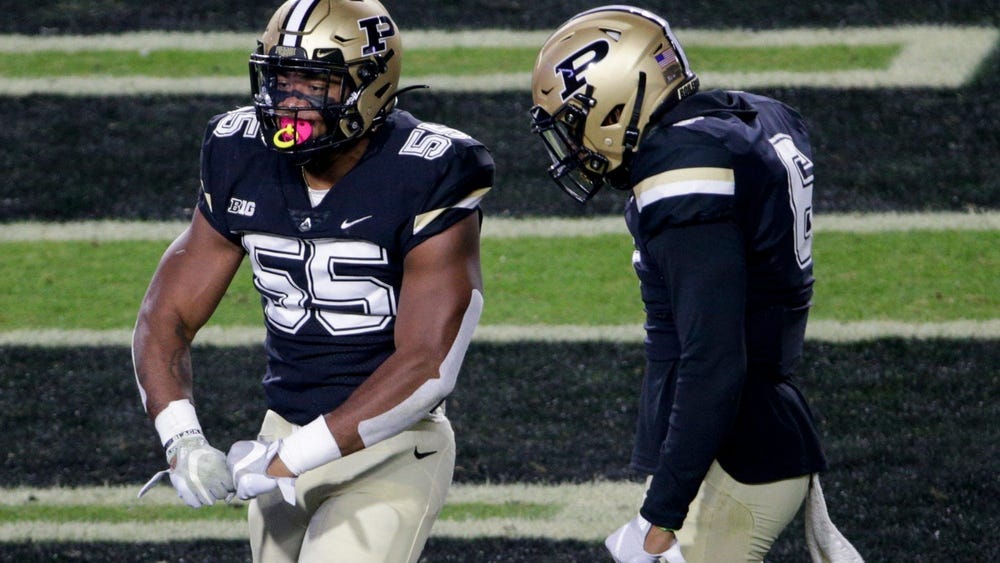 Dan Campbell is jacked up about Derrick Barnes: "Reeks of success"

Campbell said he and GM Brad Holmes told Collins their plans on Wednesday, after which Campbell addressed the team's leadership committee and "just explained it to them," including defensive captains Anzalone and Trey Flowers.

"You don’t except them to totally agree, but they just needed to know where I was coming from," Campbell said. "And nothing against Jamie. There is still a business side to it, we wish him well and like I say, his attitude’s been great. "It’s nothing like that."

It was a rare look into the inner workings of an NFL team, which, in Campbell's view, is the only look worth sharing. Asked why he felt the need to address the situation, he laughed and said, "Well, because you guys are already going to know."

"So at some point, I mean, what are we doing? You can only hide so long. As much as we can, we want to be as transparent as we can, particularly with the player. And if we feel like this is where we need to go and it’s best for the player and best for us, why are we messing around?"