The Lions offense has gone from bad to worse. Sunday had to be the nadir. Had to be, right? Detroit didn't reach the red zone until the fourth quarter. It didn't score a point until it trailed by more than 40. D'Andre Swift managed barely two yards per carry. Jared Goff took a season-high five sacks. And after the Lions' 44-6 loss to the Eagles, Dan Campbell called it like it is.

"Offensively, we are very anemic," he said. "So if you were going to ask me, “Where are you going to look this week (during the bye)?’ That’s the first place I’m looking. I’m going to look at it three times before I look anywhere else.”

He won't be looking at Goff, not to start. Despite Goff's pedestrian numbers -- he has one touchdown, four interceptions and a rating of 72.8 over the last four games -- Campbell said Goff is a victim of his circumstances. Either he doesn't have enough time to throw or he doesn't have open receivers to throw to.

"There’s nowhere to go," Campbell said. "I don’t care who’s in there. I mean, I guess Tom Brady might throw it, but I doubt it. So I just don't see it. Aside from the fact that on the fourth down he threw it into the stands -- which yeah, that’s not a good decision -- I don’t know what he’s supposed to do. I really don’t, as far as the way that game went. I don’t look at him and go, ‘Oh, he’s a problem.’ That’s just not where I see it." 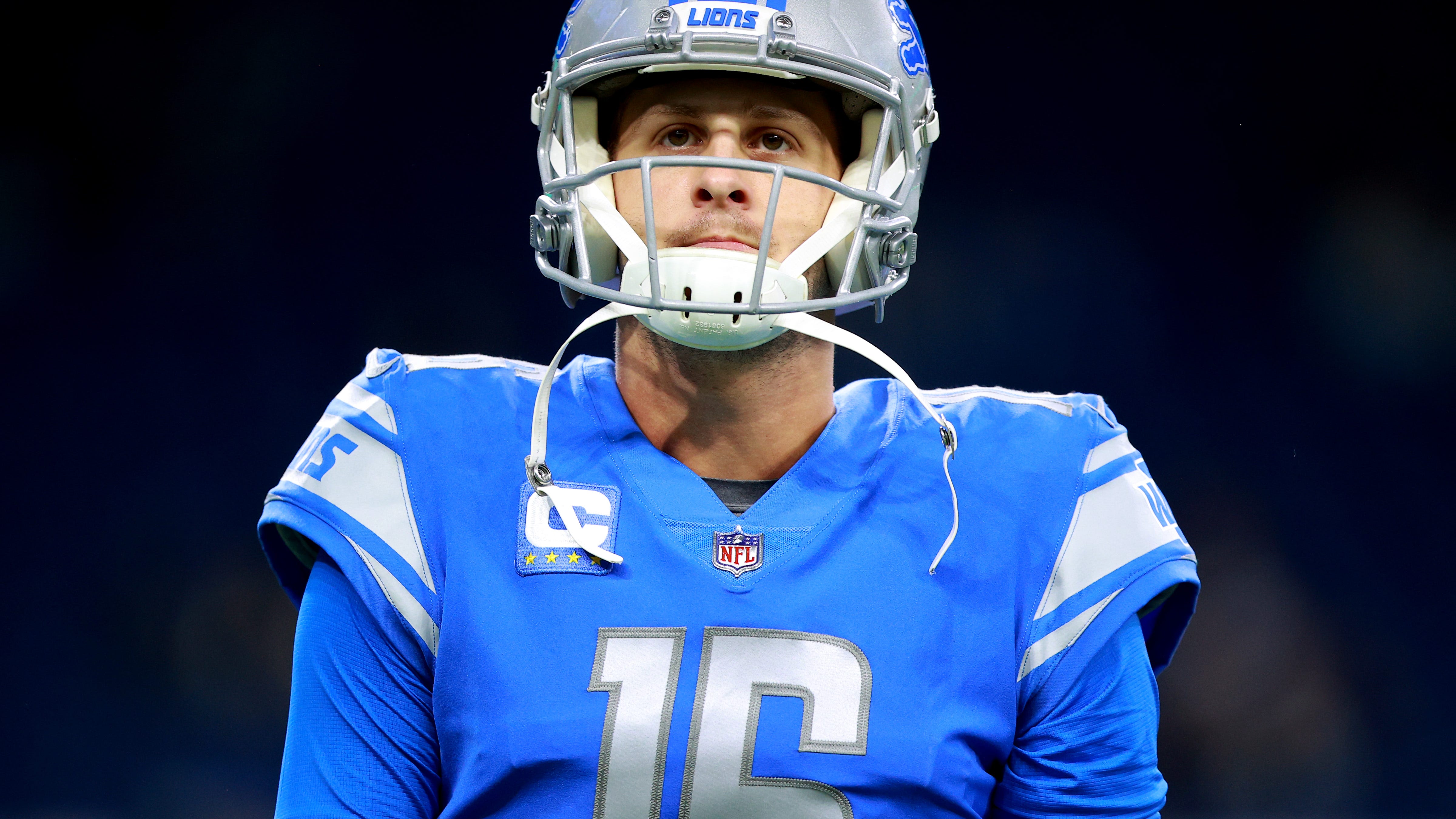 It's getting real for Goff: "The whole year has been frustrating"

So where will Campbell look when he dives into the film of the Lions' first eight games? How will he try to fix an offense that ranks 26th in the NFL in yards, 27th in yards per play and 29th in points?

"I think we need to look long and hard at (Amon-Ra) St. Brown," Campbell said. "Are there things that we can use him, that we can do that really will help him help us? Maybe that’s the best way to put it. We have to start looking at some of these guys."

The Lions are bare at receiver, which might be putting it lightly. St. Brown is someone who warrants a bigger role. The rookie caught 18 passes over a three-game stretch last month, then didn't see a target against the Rams. He bounced back against the Eagles to produce Detroit's longest play of the game, a 34-yard catch and run in the third quarter, plus a 35-yarder in the second that was called back due to an illegal formation. Had it stood -- and it wasn't St. Brown's fault that it didn't -- he would have finished with a season-high 81 yards.

The Lions have deployed St. Brown almost exclusively in the slot, which is what they envisioned when they drafted him in the fourth round. He fits there. But as Campbell ponders way to invigorate the offense, maybe St. Brown will get more looks on the outside. He got his most action there in Week 5 against the Vikings and produced seven catches for 65 yards. 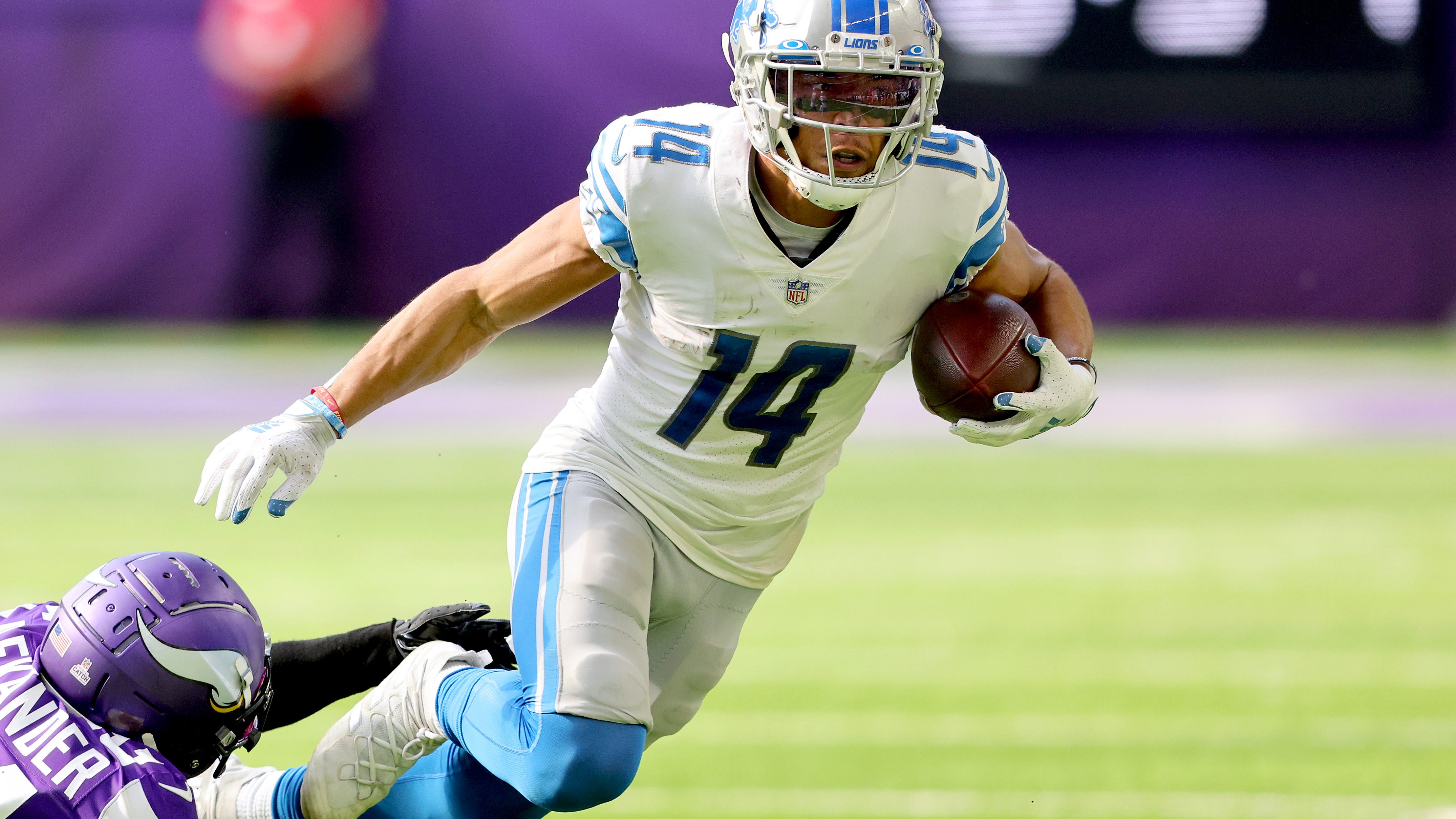 St. Brown can be 'in the tops of the league' in key role for Lions

Campbell also said he'll look at creating more opportunities for Kalif Raymond, the Lions' leading wide receiver who got just one target against the Eagles after putting up 115 yards against the Rams. He's the closest thing Detroit has to a deep threat.

"We know that ‘Lif can help us in certain things. Is there a better way to do it? Is there a better place to put him? Are there more targets that we should be getting to some of these guys? There’s no secret that Goff trusts (T.J.) Hockenson. Hockenson gets open, he makes plays and he’s reliable. But everybody knows that. Every team we play knows that and you can only go back to that well so long."

Hockenson leads the Lions' passing game in targets, receptions and yards, not to anyone's surprise. He's the team's most dynamic receiver. He turned 11 targets into 10 catches for 89 yards against the Eagles, his best output since Week 1. Swift, the Lions' second leading receiver, wasn't so effective. He produced just 51 yards on 17 touches, a far cry from his season average.

"To be able to look at it as a whole now that we’re eight weeks in and see where we’re at -- should we quit shying away from some things and actually go the other way with it? Maybe we need to. We’re going to look at everything.”