The last NFL team to make the playoffs the year after a three-win season was Washington in 2020, thanks to a terrible NFC East. The 2022 Lions are about to become the next, thanks to a terrific run game and a new-look defense.

At least according to Dan Orlovsky.

"I honestly believe the Lions are going to get into the playoffs this year," Orlovsky said Thursday on ESPN's 'First Take.' "I know it’s only been two weeks and I tried to tell Stephen A. this after the draft, but he just didn’t want to listen to me."

Orlovsky says that's about to change, culminating in Detroit's first trip to the playoffs since 2016.

"I’m gonna tell you why: No. 1, this defense leads the NFL in (QB) pressures. This defensive line, Aidan Hutchinson has been a huge addition, so you got a defensive line that is hunting quarterbacks. No. 2, the average NFL yards per carry is 4.4, and the Lions average 4.6 yards before getting touched. They’re averaging more yards before having a defender touch them than everybody else in the league (is averaging) per carry. And they’re averaging 7.2 yards per carry. That’s the third highest number in the last 50 years, and this run game is not going to change with D’Andre Swift and the big fellas."

Through Week 2, the @Lions have generated 48 total QB pressures, tied for the most in the @NFL (per @PFF).

Detroit's pressure has forced 8 throwaways from opposing QBs, the most in the #NFL this season.#OnePride pic.twitter.com/DFvMGYLSxK

The Lions are the only NFL team that's scored at least 35 points in both of their first two games. What's more, they dominated one of the best interior defensive lines in the NFL last week despite missing all three of their interior offensive line starters in a convincing win over the Commanders.

"This is not some, we played against trash defenses. They played against the Philadelphia Eagles in Week 1 and the Washington Commanders in Week 2 who are not a trash unit," said Orlovsky. "The fact that they are running the football the way they are and their defensive line is getting after quarterbacks, my favorite part of this, honestly, is that once the Lions make the playoffs, Stephen A. Is going to have to talk about Jared Goff. I say the Lions are a playoff team." 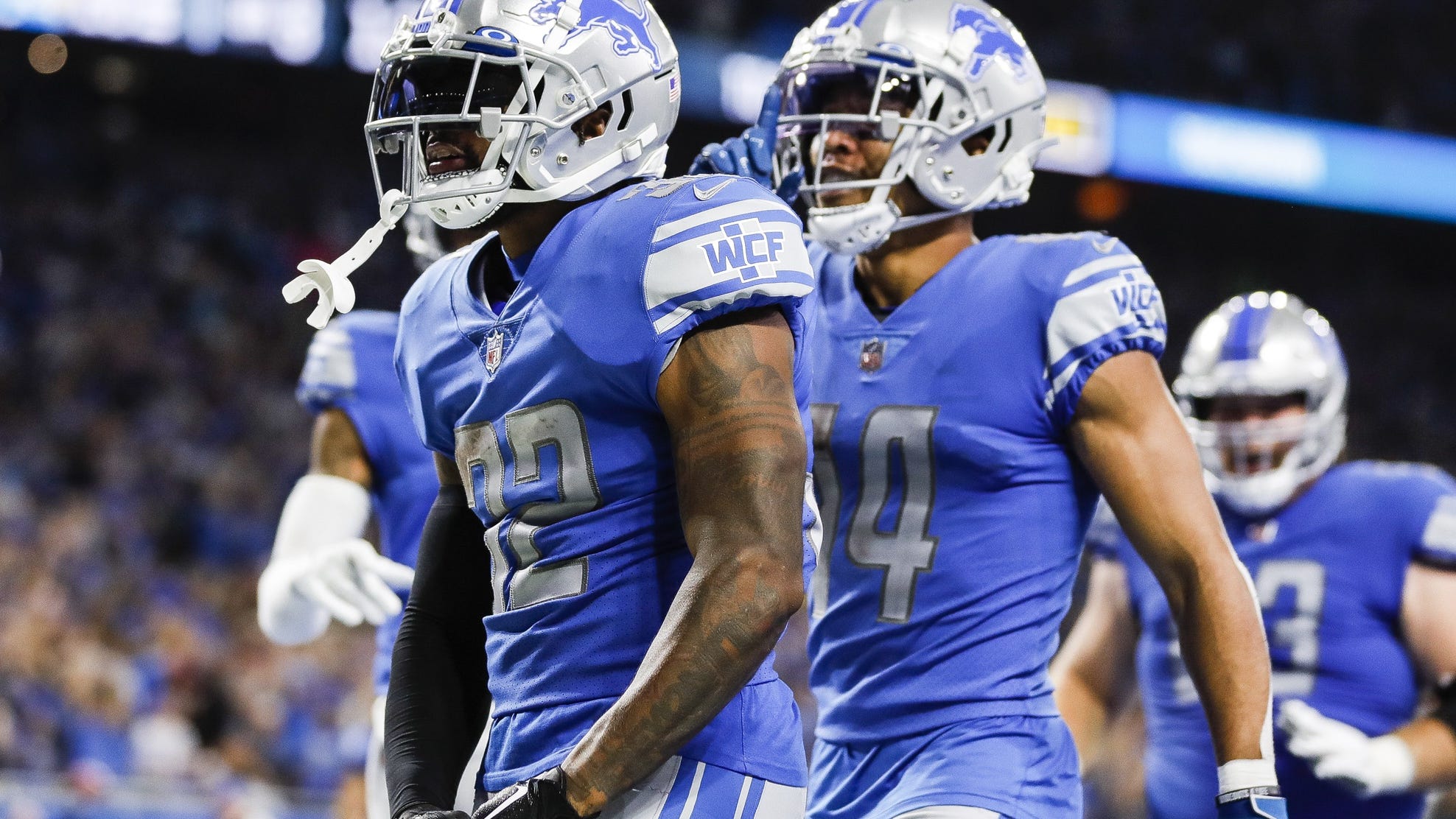 With playmakers like this, the Lions have a chance

The other side of the argument, as Stephen A. pointed out, is that the Lions have allowed the second most points and third most yards in the NFL and "Jared Goff is the quarterback, man."

"What possible reason do you have to believe in Jared Goff?" said Stephen A. "There is none. He’s completing 57 percent of his passes, I’m not sold on this brother. They lost their first 11 games last year, I’m not sold on them."

Then again ... Goff has thrown six touchdowns to one interception and has a passer rating of 100.1. And the Lions offense is tied for first in the NFL with 11 explosive plays (20+ yards), including three 40-plus-yard runs.

If Detroit can win on the road this week against the Vikings, then take care of business at home against the Seahawks... Orlovsky might be onto something. 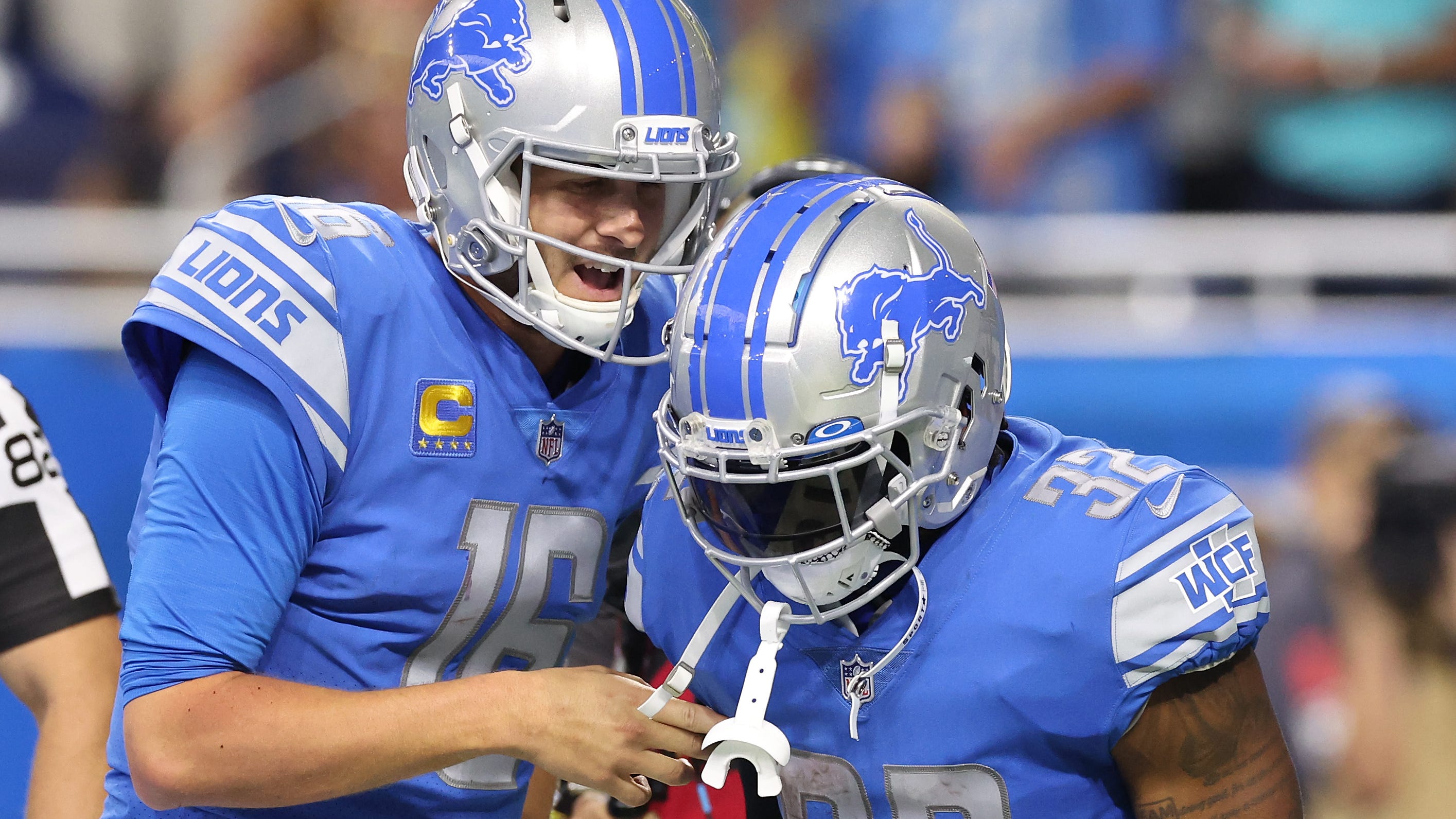 Goff and Lions feeling good and 'pissed off' after explosive start