The Lions haven't won with Matthew Stafford. With a new regime taking over this offseason, they might be done trying.

But it's beginning to feel like Stafford will be back for 2021.

The current decision-makers in Detroit's front office seem inclined to build around Stafford yet again, most notably president Rod Wood and special assistant Chris Spielman. And while that decision won't be theirs to make -- something both of them have acknowledged -- they do control who gets the say.

Stafford turns 33 in February and has endured several injuries over the past three seasons. Here's what Spielman had to say last month when asked if the Lions can win with the quarterback at this stage of his career.

"Yes, because he’s a talented, talented guy," Spielman said. "I know this because every time I talk to a defensive coordinator (in production meetings), when they talk about Matthew Stafford there’s genuine concern in their voice. I know what I see with my eyes. And you want to talk about one of the toughest guys in the game? That's Matthew Stafford." 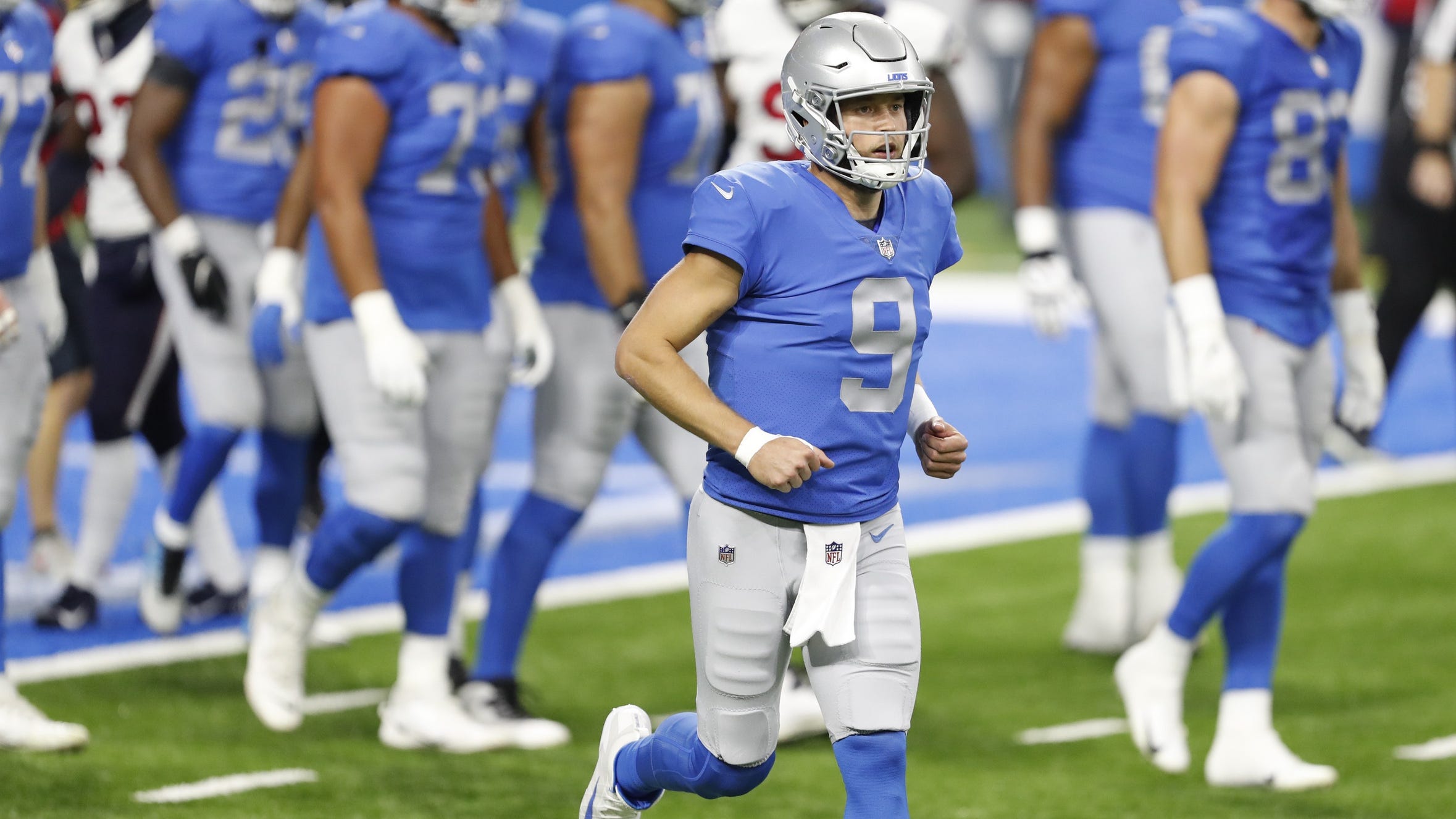 Orlovsky: 'Lions need to move on from Stafford, 100 percent'

The question isn't ultimately about Stafford. It's about the Lions, and whether or not they need a full-scale rebuild. If they do, moving on at quarterback is the most critical step. If they don't, staying the course with Stafford starts to sound pretty good. And here's what Wood had to say Tuesday when confronted with that question.

“My personal opinion is only going to matter a little bit. The opinion of who we hire as coach and the general manager is going to matter a lot more. I do think, despite the record, we’re not as far away as it might appear," Wood said. "I would think that we can retool some things and continue to be competitive, while also in some cases, certainly on the defensive side of the ball, having to rebuild the roster a little bit. So it’s a little combination of both." 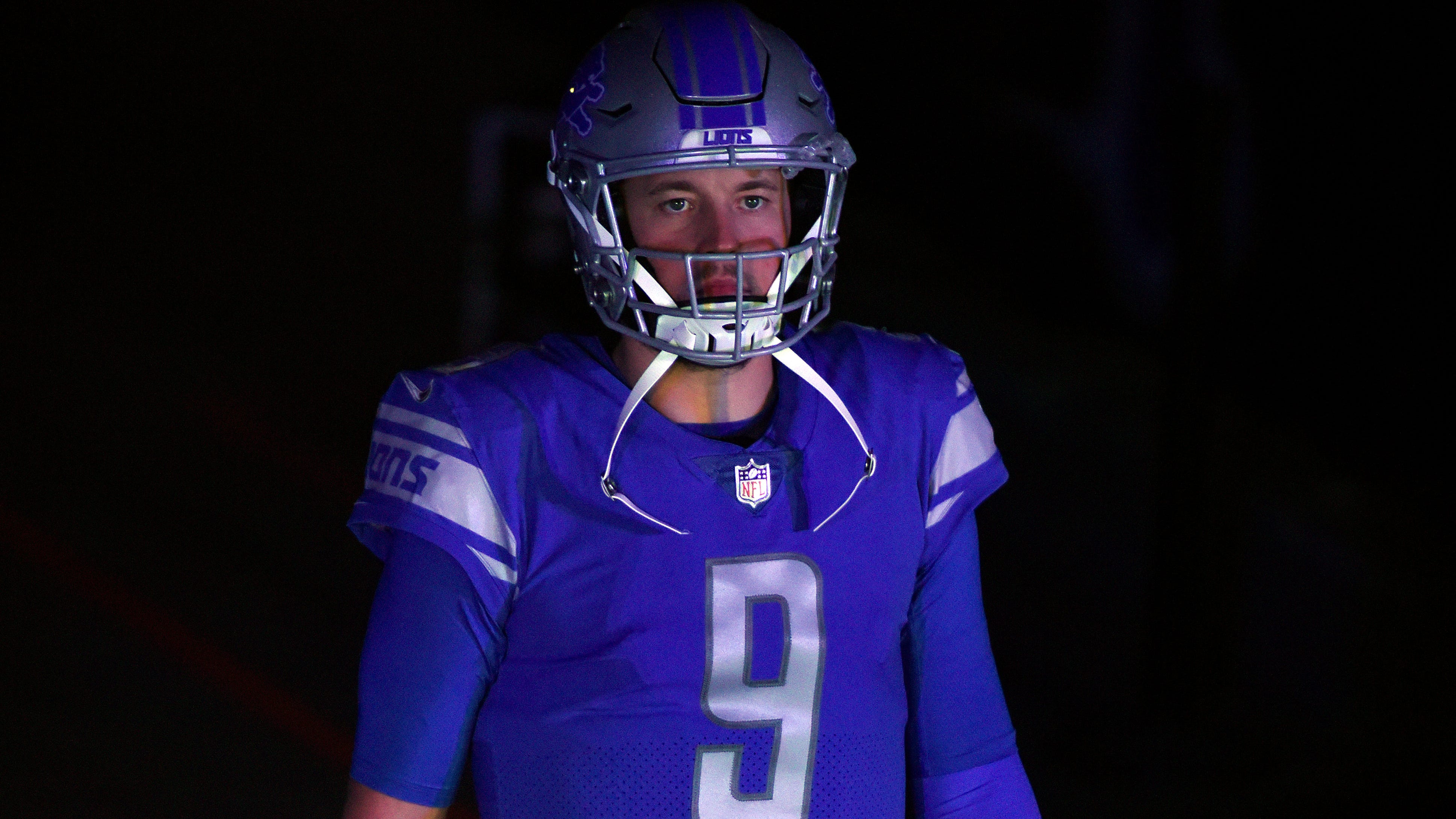 Again, the decision won't belong to Wood and Spielman. But the bigger decision already does. In hiring the next regime, it seems to follow that those two, along with owner Sheila Ford Hamp, will want a head coach and a GM who share their vision for the direction of the team. Unity throughout the organization has been an emphasis since Spielman came on board last month.

It sure sounds like a familiar consensus is forming at the top: Stafford can be the solution. It's that pesky defense that needs fixing.

"If you’re asking my personal opinion on Matthew Stafford, there’s some throws that he makes that are unreal, and his toughness as a competitor and what he’s done is remarkable," Spielman said. "So I have all the respect in the world for Matthew Stafford."

"We’re certainly talking about our entire roster, including Matthew, with everybody that we’re interviewing for both positions. He’s our quarterback. He’s a very important player, very important position," said Wood. "But again, when we have people in the building to weigh in on those decisions, that’s when we’ll be able to talk more about it. Certainly everybody that we've talked to admires Matthew from afar, just as much as we admire him inside the building.”

If that admiration colors the Lions' decision on the next regime, the decision on Stafford could already be sealed.