T.J. Hockenson joined the Good Morning Football crew this week rocking a yellow Walt Disney World T-shirt, the type of T-shirt he might have kept in his closet under the Lions' previous regime. But Dan Campbell wants his players to be themselves.

"He’s one of those guys that wants us to have fun," Hockenson said. "We’re playing a kid’s game."

That's who Hockenson is, a 23-year-old kid inside a 6'5 body. He grew up watching Disney movies with his sister and still watches them today. He said if he could bring any Disney character with him to a workout -- and workouts are one thing he takes seriously -- it would have to be Buzz Lightyear.

"That would be my guy," Hockenson said with a smile -- a smile! "You know, infinity and beyond, man. Infinity and beyond. I had all those action figures, I had Slinky, just rolling him down the stairs."

This is more than just a boyish fascination. As Hockenson enters his third NFL season hoping to establish himself as one of the game's elite tight ends, he's using Buzz and the gang for a little inspiration.

"I think the cool part about Disney characters and movies is that they show you a moral. Watching them now being a little older, you learn from different things. Toy Story is one of those things where you can’t change time, you gotta roll with it. It doesn’t matter what you did or what happened last year, it’s what you do going forward with your circumstances."

Last year, Hockenson made the Pro Bowl. He finished among the top four at his position in both catches and yards. He went from two touchdowns as a rookie to six. But that's in the past. None of it matters if Hockenson doesn't push the bar higher in 2021, in an offense where he stands out as the player to stop. 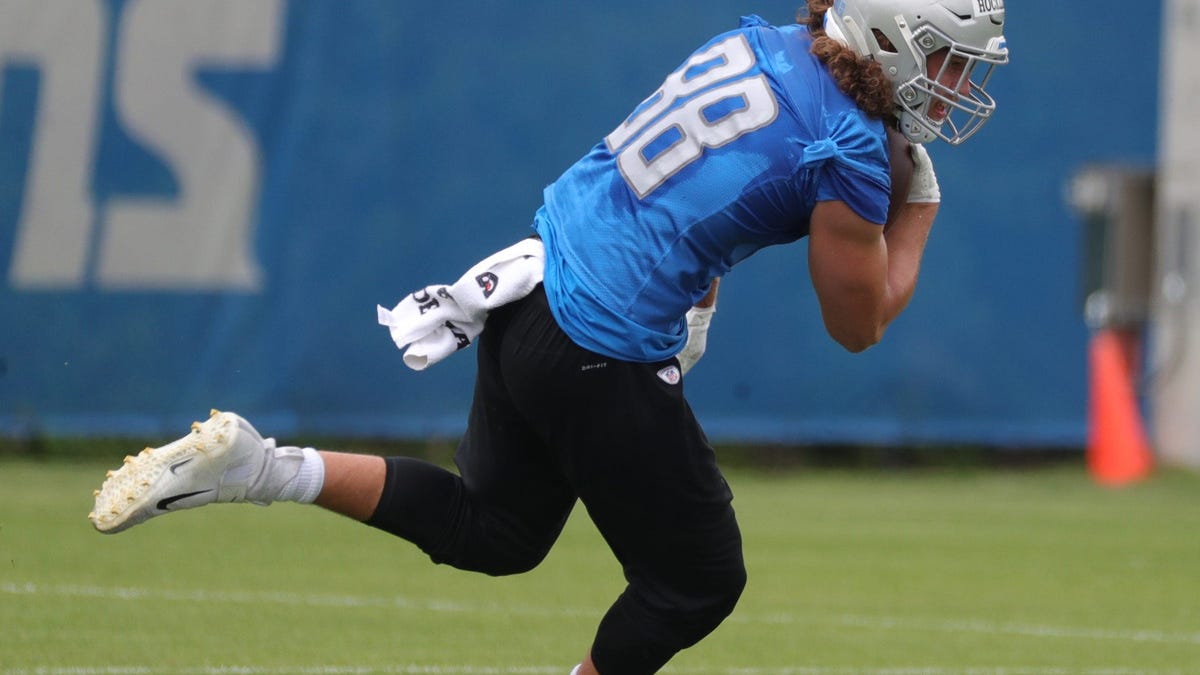 Anthony Lynn knew Hockenson was good – but not this good

"This is something people dream of, just being able to have the opportunity that I have," he said. "I’m the same age as some of these (other skill players), but they’re looking up to me asking questions."

Hockenson isn't just Detroit's longest-tenured skill player. He's the team's only receiver who put up more than 600 yards and more than three touchdowns last season. He's Jared Goff's only weapon with a Pro Bowl to his name. If the spotlight belongs to Goff, it's Hockenson's time to shine.

"Everyone in here has a chip on their shoulder, everyone’s trying to prove something," Hockenson said. "That's something I walked in a couple weeks ago and saw and I was like, 'Man, this is gonna be sweet.' I’m excited to have guys in here that people are counting out, and they don't want that. They want to be that guy and they’re pushing me to prove that I am that guy.

To infinity and beyond.