Jared Goff has admitted he was hurt by the trade that sent him from the Rams to the Lions. "Extremely disappointed and upset." Then he spoke with his new head coach.

“As soon as the night of the trade happened, I was able to get on the phone with him and (offensive coordinator Anthony Lynn) and talk to them and hear how excited they were," Goff said Friday during his introductory press conference with the Lions. "It makes you feel good."

So far, Dan Campbell has been everything he sounded like in his first conversation with Goff, not to mention his first press conference in Detroit. It's the same thing Goff has heard in conversations with guys around the league, like former Rams teammate Ndamukong Suh who played for Campbell on the Dolphins in 2015. To wit: freaking energy.

"He is as genuine as it gets. That is who he is, that is every conversation that I’ve had with him," Goff said Monday on 97.1 The Ticket. "He’s that same guy every day. I’ve spoken to guys who played for him and played with him when he was the interim in Miami and actually hearing from them, like, 'Dude, you’re going to love playing for him, how fun it is on game day, how good he is during the week.' I’m really looking forward to it." 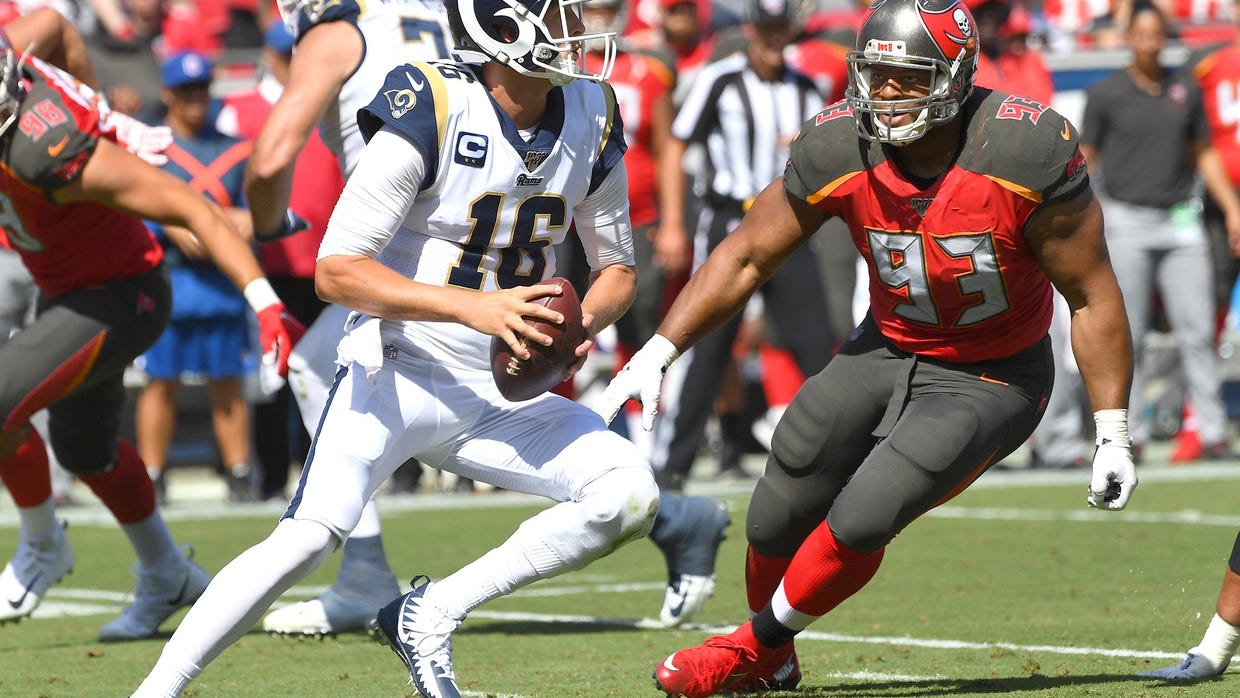 The feeling is mutual. Campbell raved about Goff while introducing him to the local media on Friday.

"There’s three things that I think about with Jared Goff. He’s tough, he’s durable and most importantly, he’s a winner," Campbell said. "He has won in this League. He knows how to win. I told him this and I’m going to continue to tell him: all we need from him is to come in and play quarterback. You just play quarterback. You don’t have to be a savior here, you just be the quarterback. His job is to make the right decisions, put the ball on the receivers, give them a chance to make a play, and our receivers’ job is to freaking get open and separate. And if the ball hits your hands, you better find a way to come down with it. That’s your job.

"So, he’s going to be just fine at that. What he brings to the table is plenty enough. This guy is going to give us the ability to win games. I love his quiet confidence. I know he’s hungry."

With both head coach and quarterback starting fresh in Detroit, Goff is eager to see where they can go together.

"I’ve enjoyed my time with him so far and hope to share a relationship and continue to grow. He brings energy. And he’s a guy that’s obviously had opportunities in the past to be a head coach and he wants this job, as well as I do," said Goff. "I want to be here and I’m excited to be here.”