Coincidental? At least a little. Still, "they all contributed," Dan Campbell said Tuesday on the Stoney & Jansen Show. "They all helped us win."

The biggest contributor was fourth-round pick Amon-Ra St. Brown, who snared the walk-off touchdown and posted personal bests with 10 catches for 86 yards. Calvin Johnson didn't make 10 catches in a game until the fourth year of his career, in case you were wondering. St. Brown was the 17th wide receiver taken in the draft. He ranks fifth among his counterparts in receptions and fourth in yards this season -- and fourth in PFF rating since Week 8. 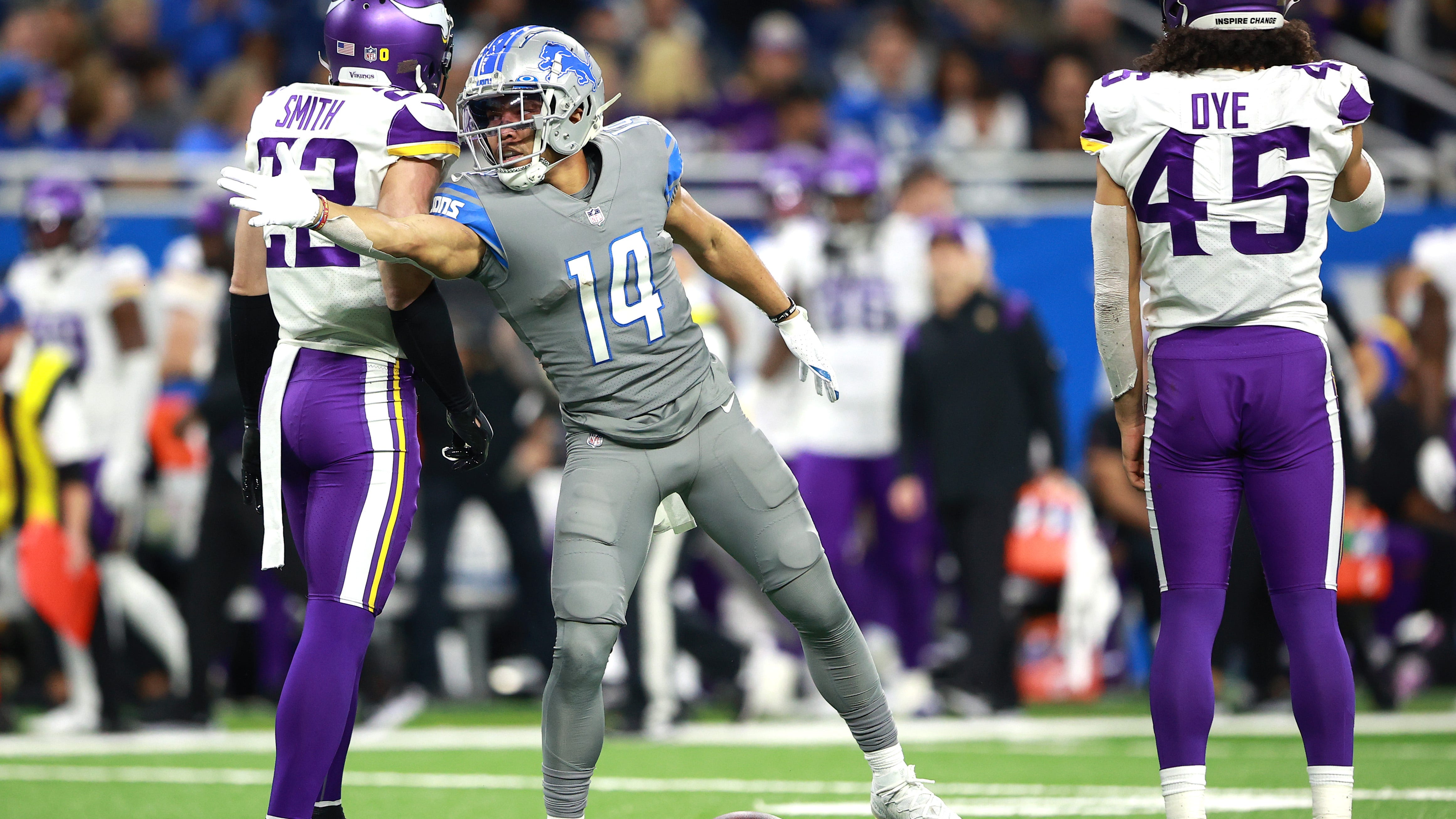 Amon-Ra St. Brown 'will be a stud for as long as he wants to be’

While St. Brown was getting open for Jared Goff, Penei Sewell was protecting him. The 21-year-old right tackle continues to shine, even after being moved back from left tackle following the return of Taylor Decker. In fact, Sewell's been so steady Campbell hardly talks about him anymore. The seventh overall pick doesn't fit the mold of a rookie. In 259 pass blocking snaps since Week 6, Sewell has allowed one sack. He has the second best PFF grade among all offensive tackles over that span, trailing only 8x Pro Bowler Trent Williams.

Penei Sewell since Week 6 among Tackles:

The Lions don't beat the Vikings without St. Brown and Sewell; a handful of carries from seventh-round pick Jermar Jefferson helped, too. Campbell would say the same thing about the rookies on the other side of the ball.

"I tell you what felt really good, is the fact that some of our best players this game, the guys that really showed up through the whole roster, were Alim McNeil, Levi Onwuzurike, St. Brown," said Campbell. "So yeah, contributing, but these guys played big games for us, NFL games, and that’s encouraging. (Derrick) Barnes got in there and got a load, got better. We got Iffy (Melifownu) back, he contributed.

"Listen, that’s what you want. You want your young guys to develop. They’re gaining invaluable experience right now and they finally got a taste of what it feels like to win."

Melifonwu, a third-round cornerback who went down with a thigh injury in Week 2, returned to the lineup and chipped in a tackle in 10 defensive snaps. And then there's undrafted free agent and fellow corner Jerry Jacobs, who played 87 percent of the defensive snaps and made two tackles for loss as he tightens his grip on a spot in the Lions' future. His five tackles for loss this season rank second among rookie defensive backs. In 311 coverage snaps, Jacobs has allowed one touchdown. 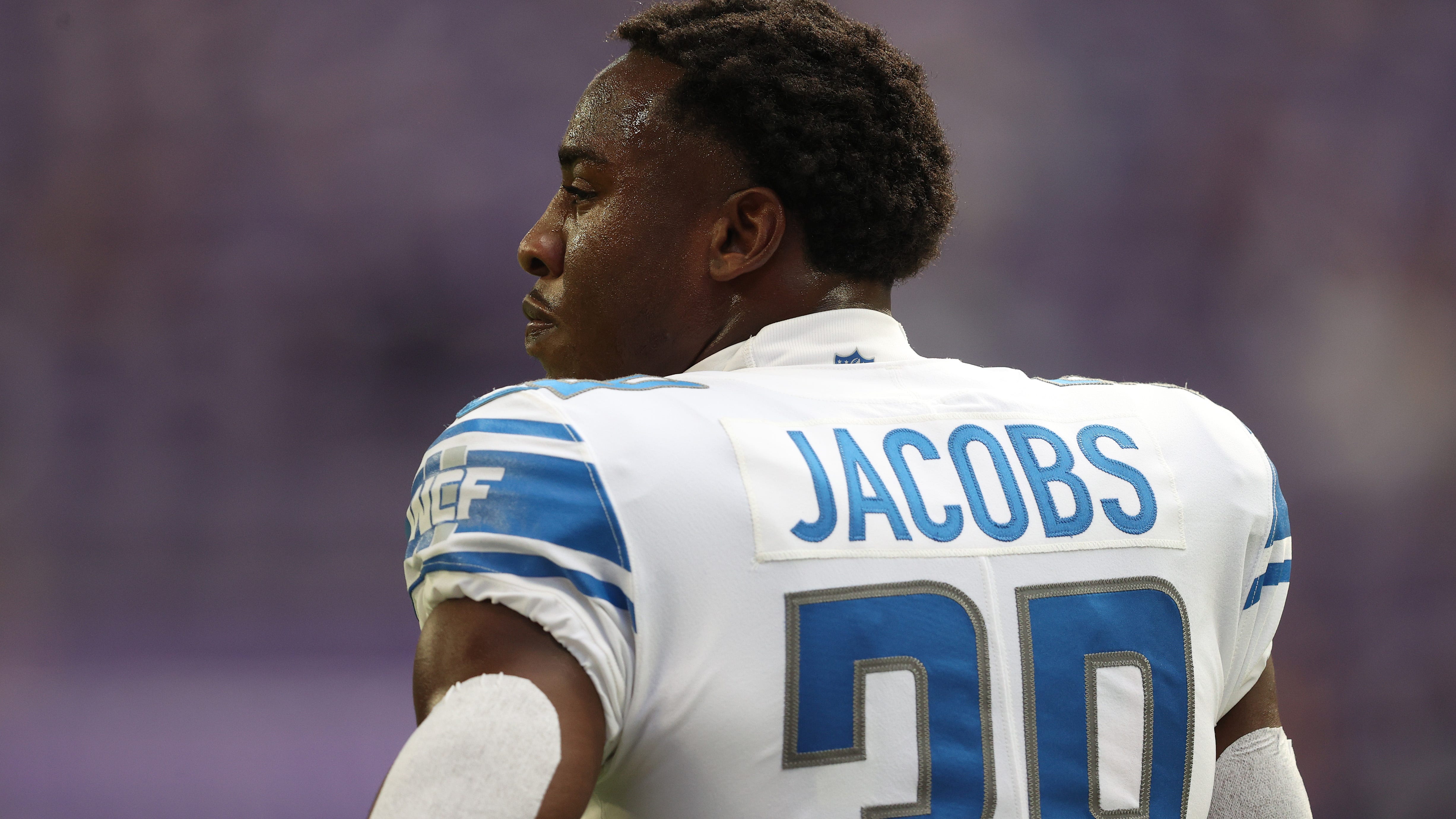 Lions might have something in Jerry Jacobs, who's 'putting up with nothing'

"That’s what we’re looking for," said Campbell. "We expect that now that we’re getting it. Levi is a great example of this. We say this very week with Levi, it's, 'Man, he’s flashing even more this week. Oh, he’s flashing even more,' which means that he’s still not completely consistent and yet, golly, it’s starting to show up more. So we expect them to show up and play consistent now and continue to do what they’re doing."