Take it from the rest of the NFL.

In an extensive poll conducted by ESPN in which 50-plus league executives, coaches, scouts and players ranked the top-10 players at each position, Hockenson came in at No. 5 among tight ends.

"Just a really sound player," said one NFC exec. "[He's] shown ability to be a focal point. He's been productive when healthy."

After missing the final four games of his rookie season due to an ankle injury, Hockenson broke out in 2020. He caught 67 passes -- nearly two-thirds of which went for first downs -- for 723 yards and six touchdowns to earn his first trip to the Pro Bowl.

"Traditional three-down guy," one AFC scout said of Hockenson, while calling him "a little vanilla."

"But he's shown he can be a productive guy in the passing game. It's not like he's not a downfield threat. ... He's great at body positioning, boxing guys out and using his arms to catch the ball."

"I have to be honest with you," Lynn said during OTA's. "Watching the tape last year I thought he was a good tight end. But getting him here in person and just being around the young man, I think the sky is the limit for him. I think he can be a matchup nightmare." 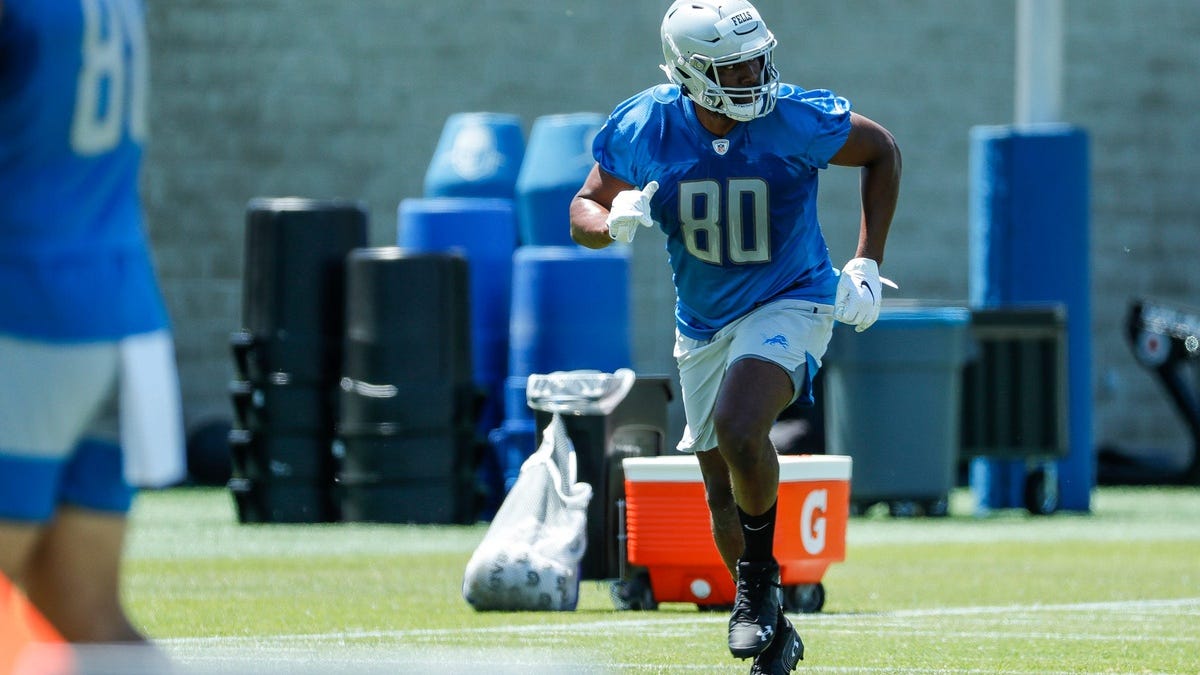 Darren Fells wants to boost Hockenson's TD's – and his celebrations: "Those are pretty bad"