It was all love this year when Lions rookies Aidan Hutchinson and Malcolm Rodriguez sang and danced in front of the team in training camp. The meeting room was rocking. Four years ago, Tracy Walker’s rookie skit went a little differently under Matt Patricia.

“I had to do three skits. My first skit, we clowned on the coaches and they didn’t like that very much. Oh man, it was bad. We had to wake up at 5:00 the next morning and redo that skit, made up another play and everybody laughed, but it still wasn’t what they wanted because we weren’t acting,” Walker said Thursday on the Stoney & Jansen Show. “So I had to do another skit.”

“You know what,” Walker said with a laugh, “we ain’t gonna talk about the last regime.”

The last regime left Walker without the three teammates who mentored him as a rookie. It sent Glover Quin into retirement and traded Quandre Diggs and Darius Slay (and created a secondary of scarecrows). And the last regime would have left the Lions without Walker had it stuck around much longer.

The new regime is why he did. The new regime, led by Dan Campbell and GM Brad Holmes, is why Walker turned down bigger offers in free agency this offseason in favor of a three-year, $25 million deal with the Lions. (No small offer itself.)

“For me, man, I don’t try to do anything for all money. The money did play a role in it, but at the end of the day, I didn’t care about the money. I could be somewhere unhappy but could be one of the highest-paid safeties in the NFL and that’s not what I’m about. I’m all about happiness and trying to build my legacy.”

One of the few survivors of ‘Quinntricia,’ Walker sounds a lot like Campbell. The former tight end once signed here as a player because he saw an opportunity to make history. It’s the same reason he returned as the head coach, to “be part of the team that turns it around.” Cleary, Campbell has made an impression on his players. Walker said this year’s team is composed of “young, hungry athletes who are trying to win, trying to change that aspect of the Same Old Detroit Lions.”

At 27, Walker is suddenly one of the oldest among them.

“I didn’t want to go nowhere where things have already been up for teams and organizations. I wanted to be part of that change,” Walker said. “That’s one of the huge reasons I wanted to come back." 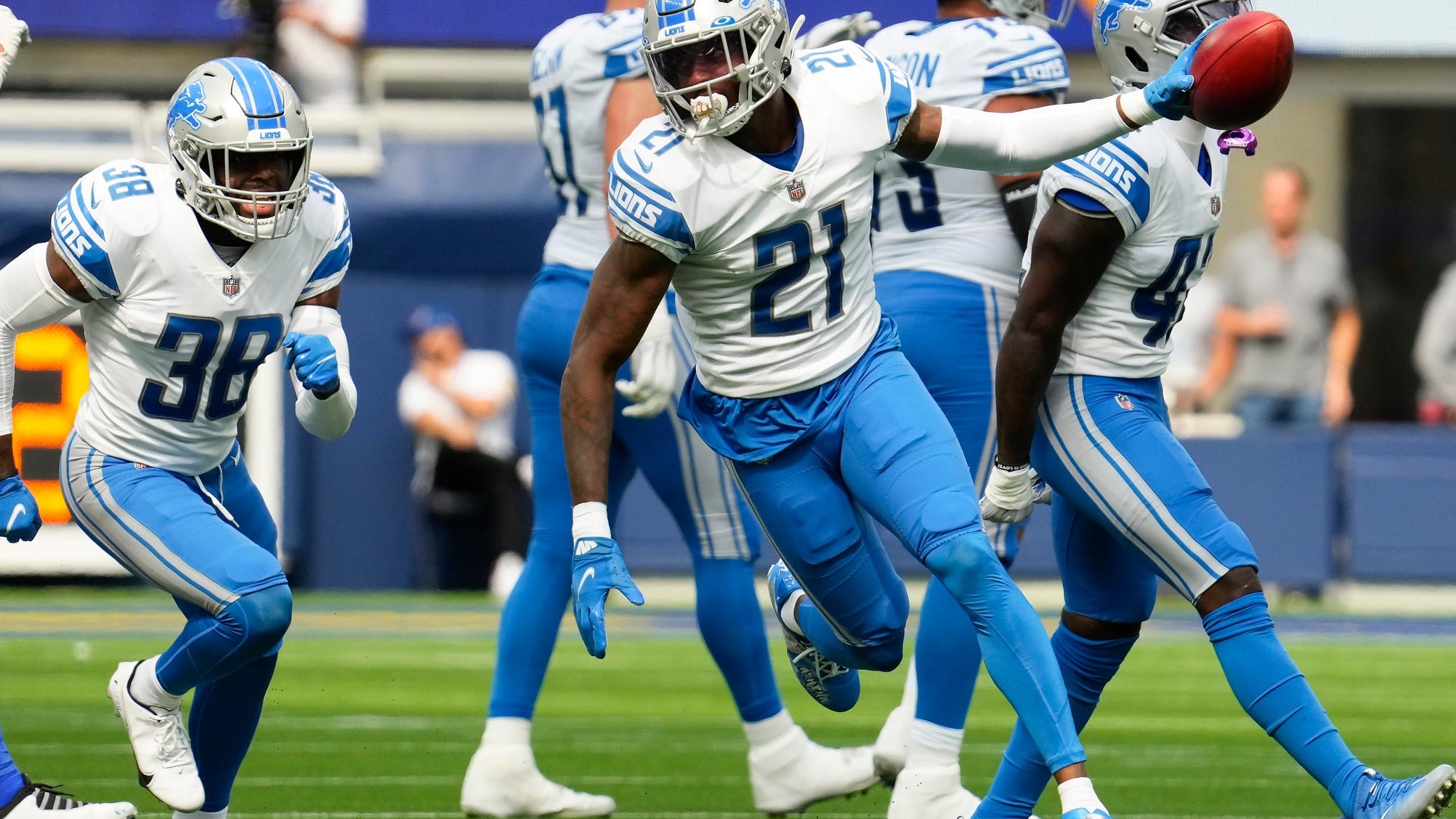 Tracy Walker is 'tired of losing in Detroit.' That's why he's staying.

Walker, as he’s said before, was also drawn back by Detroit’s coaching staff. He reignited his career last season under defensive coordinator Aaron Glenn and defensive backs coach Aubrey Pleasant, after Patricia and Co. nearly torpedoed it. Both Glenn and Pleasant are viewed widely as future head coaches. For Walker, the 35-year-old Pleasant is “like a brother.”

Together, Walker, Pleasant and Glenn are trying to mend a defense that allowed the third most passing touchdowns and the third highest passer rating in the NFL last season. Walker is the leader of a young secondary that wants to prove people wrong. It hasn’t quieted many critics in camp. Maybe that’s a tribute to Detroit’s improved passing attack: Walker said “the offense’s confidence is at an all-time high and Jared Goff is throwing the rock better than I’ve ever seen him throw it.”

The offense does have a chance to carry the Lions this season. Question is, can the defense carry its weight?

Other highlights from Walker’s interview on 97.1 The Ticket:

On his relationship with Darius Slay: "Last time I talked to Slay, we definitely talk trash amongst each other, and that’s the first thing he’s talking about, ‘Oh yeah, I’ma take another turnover back on y’all' (when the Lions play the Eagles in Week 1). Honestly, man, we always keep that competitive edge. When I first came in, him, Glover and Quandre took me in and guided me the right way as a rookie so when I came in the second year I was ready to hit the ground running. He just told me to stick it out, even when I was under the former regime. He just told me to stick it out because it’s a brighter road at the end of the tunnel."

On what he likes about living in Detroit: "The message that Detroit is given from people that aren’t around here is, ‘Oh, Detroit is the worst, it’s this, it’s that.’ I’ve been here five years, man, and I’ve met some great people since I’ve been in Detroit. I love Detroit. I bought a home here and I enjoy every bit of it. The summers are great, I just gotta get past that end of April, May. It’s great, man, I love it."