The Lions' No. 1 receiver hasn't played since the season opener and probably won't return anytime soon.

As for when Williams might return, Campbell said, "I would say that’s off in the distance, for sure."

And leading wide-out, Quintez Cephus, broke his collarbone in Week 5 and could be done for the season.

But Campbell said it's on the coaching staff to "design some better schemes" to create more opportunities downfield.

"I’m part of that as well, all of us, to see if we can come up with better ways to get our guys going," he said. "Look, 'Lif’s got plenty of speed, he shows he can get downfield. We just have to do a better job in the intermediate. We’re not always going to be able to go for the home run, but we can certainly do a lot better with intermediate shot plays and explosive passes. We have to find a way to help our guys." 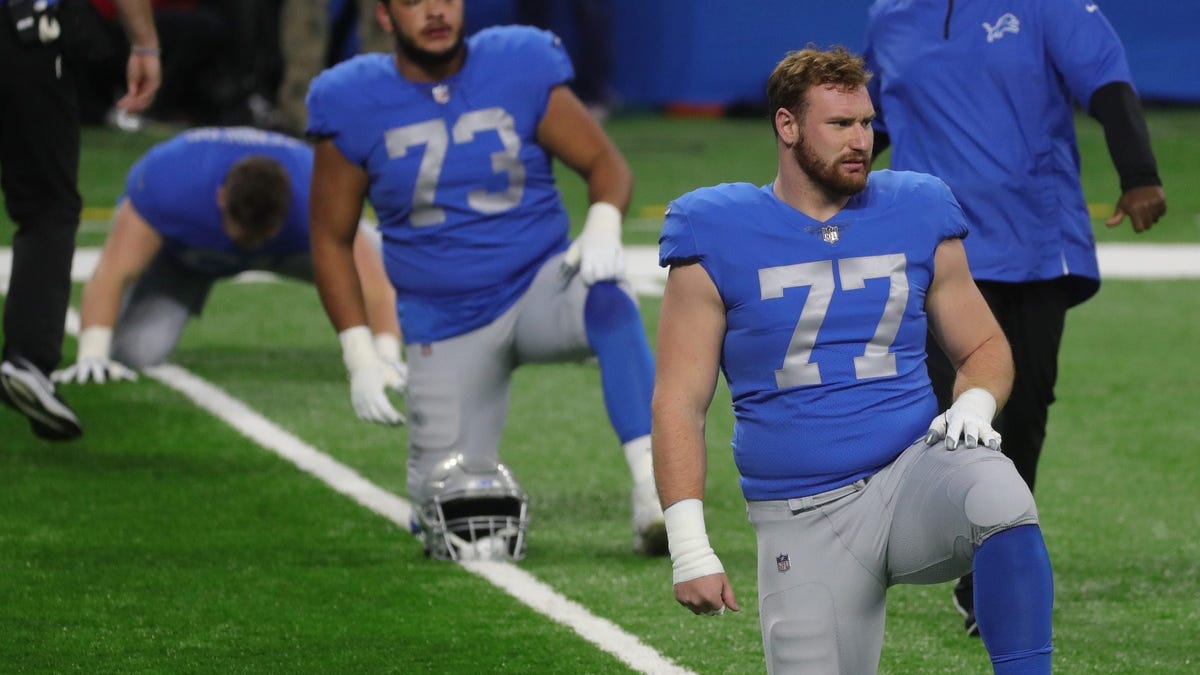 Lions Pro Bowl C Frank Ragnow done for season: 'Sometimes this is how it hits'

On the bright side, left tackle Taylor Decker is slated to return to practice Wednesday after missing the first five games of the year with a finger injury. If he progresses well this week, he could make his season debut Sunday against the Bengals.

"Let’s see how he feels, let’s see what it looks like, let's see if he feels like can function and move around a bit," Campbell said. "We’re just going to take it day by day. Until he’s like, 'Hey, I know I’m ready, I go, I can do it,' we’re assuming he’s out. We're going to try to get him back, but we're going to function as if he's not here until we know he feels good about it and we do as well."