Entering his fifth season as Pistons head coach, Dwane Casey sat down in front of reporters Monday at media day and began with this: "It’s the most talent we’ve had since I’ve been here."

And there's the dichotomy of these rebuilt Pistons: for as far as they've come, they have a long way to go.

"We’re at ground zero," said GM Troy Weaver. "We have a full complement of players to compete every night. You gotta be able to compete before you contend, and right now we’re in the competing stage."

Weaver knows how this works. He went through it as an exec with the Jazz in the mid-2000's, and again as assistant GM of the Thunder in the 2010's. He arrived when both organizations were in the early stages of a rebuild and left when they were perennial playoff teams. He said he knows "what it tastes like, what it smells like and more importantly, what it looks like."

When Weaver got here in June of 2020, the roster was headlined by Blake Griffin and Derrick Rose. The Pistons' best young player was ... who? Luke Kennard? Christian Wood? The organization was spinning its wheels in the East, a year removed from getting swept in the first round of the playoffs. At the time, Weaver said he was "trying to figure out keepers and contracts and just trying to dig ourselves out of a hole." He decided there wasn't a keeper in place.

The Pistons' longest-tenured player is Weaver's first draft pick: Killian Hayes. Their biggest cap hit this season is an expiring one, $19.5 million for recent trade acquisition Bojan Bogdanovic. Their payroll will allow them to attack a loaded free agent class next summer. Weaver said the Pistons aren't quite ready to start "pushing the chips to the middle," but they're closer than they've been in a while.

"I think our books are in a great place now," he said. "I feel like we’re out of the red. ... You go from the red to the black, and the only way to do that is to get level. I feel like we’re at level ground now, so I’m calling it ground zero. Now hopefully we can take a step forward." 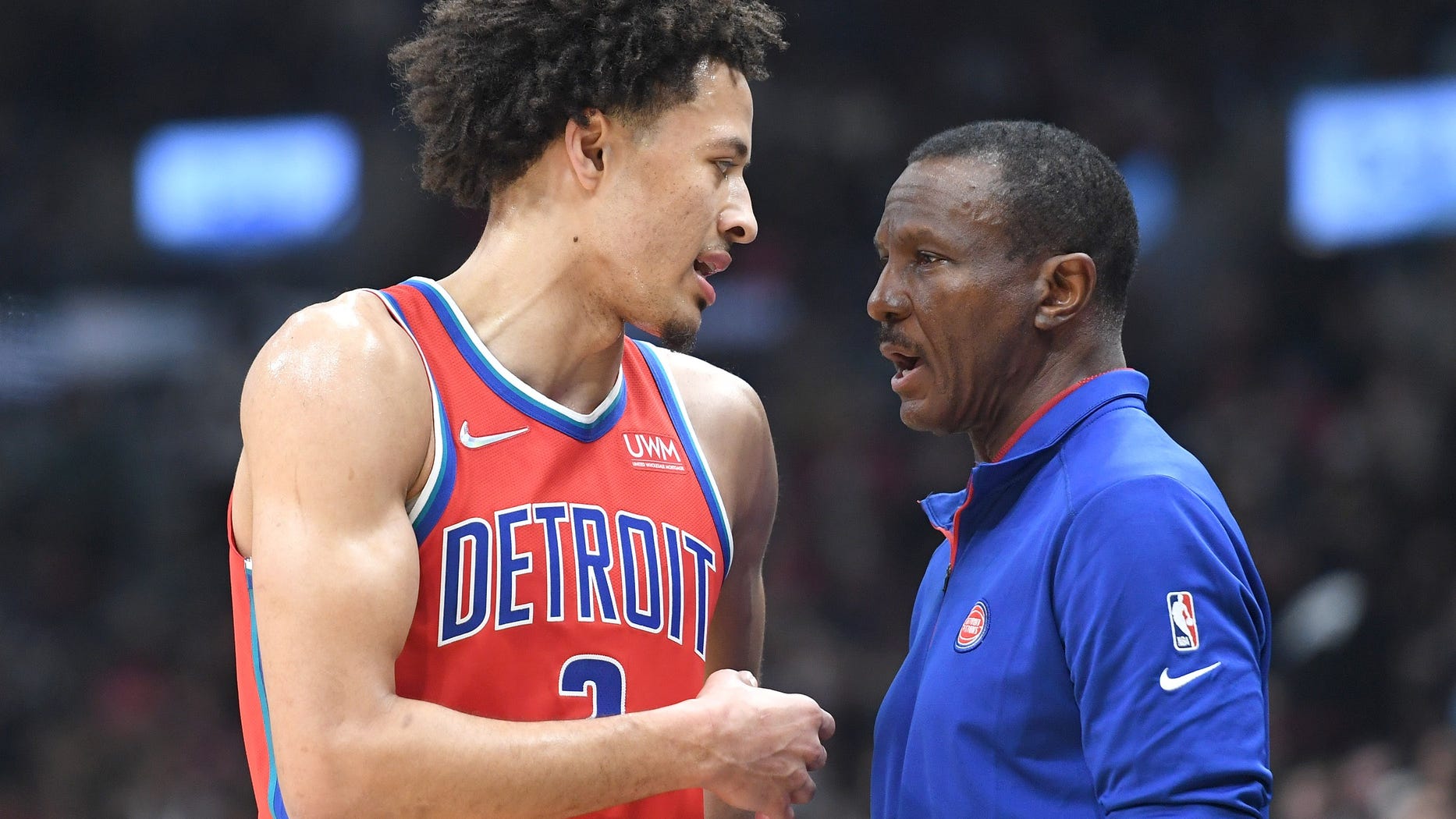 Casey: "You will see significant improvement" in 2022-23 Pistons

Question is, what does that step look like? Where does it leave the Pistons at the end of this season? Weaver has steered clear of slapping a timeline on this 'restoration' from the moment it began, but hinted at one Monday when he referenced another young team in the West.

"I don’t think you can just wake up one day and become a contender. I think there’s different phases you have to go through. You look at different teams around the league and their maturation, I think Memphis was competing and now they’re trying to enter the contending phase," he said.

After two futile trips to the playoffs, Memphis bottomed out in in 2017-18. That summer, the Grizzlies drafted Jaren Jackson fourth overall. The next summer, they drafted Ja Morant second overall. They returned to the playoffs as a play-in team two years after that, then jumped to second in the West with 56 wins last season. They look poised to contend for the next several years.

The Pistons have their Morant in former first overall pick Cade Cunningham. They believe they have their co-star in fifth overall pick Jaden Ivey. They have the makings of a strong supporting cast featuring Saddiq Bey, Isaiah Stewart and Marvin Bagley III. They upgraded their roster last week with the addition of Bogdanovic. They have the pieces, on paper, to make some noise this season. Weaver does not expect them to be "jockeying for position or trying to manipulate anything" in the draft lottery like the past two seasons.

"We're in the competing stage, finally," he said. "I didn’t think we had been there consistently the last two years, but I think now we’ll be able to compete every night with whomever we play."

If the Pistons are on a similar track as the Grizzlies, they won't return to the playoffs until next season, and they won't make a significant move in the East until the season after that. That doesn't make this season any less important. The Pistons need to see tangible growth in the players they're building around, otherwise they're building nothing. Take it from Weaver: the answers must come from within.

"A lot of times, people want to look for all the answers outside the building. We don’t," he said. "Internal growth is huge for us. You wonder why teams can take these jumps, you look at the players on their team who took jumps. So we’re hoping that our players in-house can continue to develop at a pace that allows us to push and compete and then contend the way we want to."