The Pistons drafted Sekou Doumbouya 15th overall in last year's draft, then eased him into the NBA. It took him a month to make his debut. It took him over two months to see more than 10 minutes in a game. He wound up playing 38 games total.

Expect something different this year with seventh overall pick Killian Hayes. Dwane Casey said Tuesday as the Pistons opened training camp that he envisions the 19-year-old point guard eating a bunch of minutes as a rookie.

"I do. That’s one of the goals for this year, is to kind of force-feed some of the young players, as well as compete to win," Casey said. "That’s the challenge in itself, but a good challenge with the talent that these young men have, is to give them as much as they can handle."

Same goes for 16th overall pick Isaiah Stewart and 19th overall pick Saddiq Bey, the latter of whom recently visited Blake Griffin in Los Angeles for a few days of workouts. Hayes is the youngest of Detroit's three first-rounders, but probably the most prepared for the NBA given his experience overseas.

"One advantage he has is playing in the pro league in Europe, playing an NBA style of game, playing against men. So he has a step ahead," said Casey. "Is there going to be a learning curve? Yes, we expect it. But he’s a smart young man, he’s got a passing skillset and a shooting skillset that improved over the course of last season, and he’s got two great guys to learn from in Delon Wright and Derrick Rose." 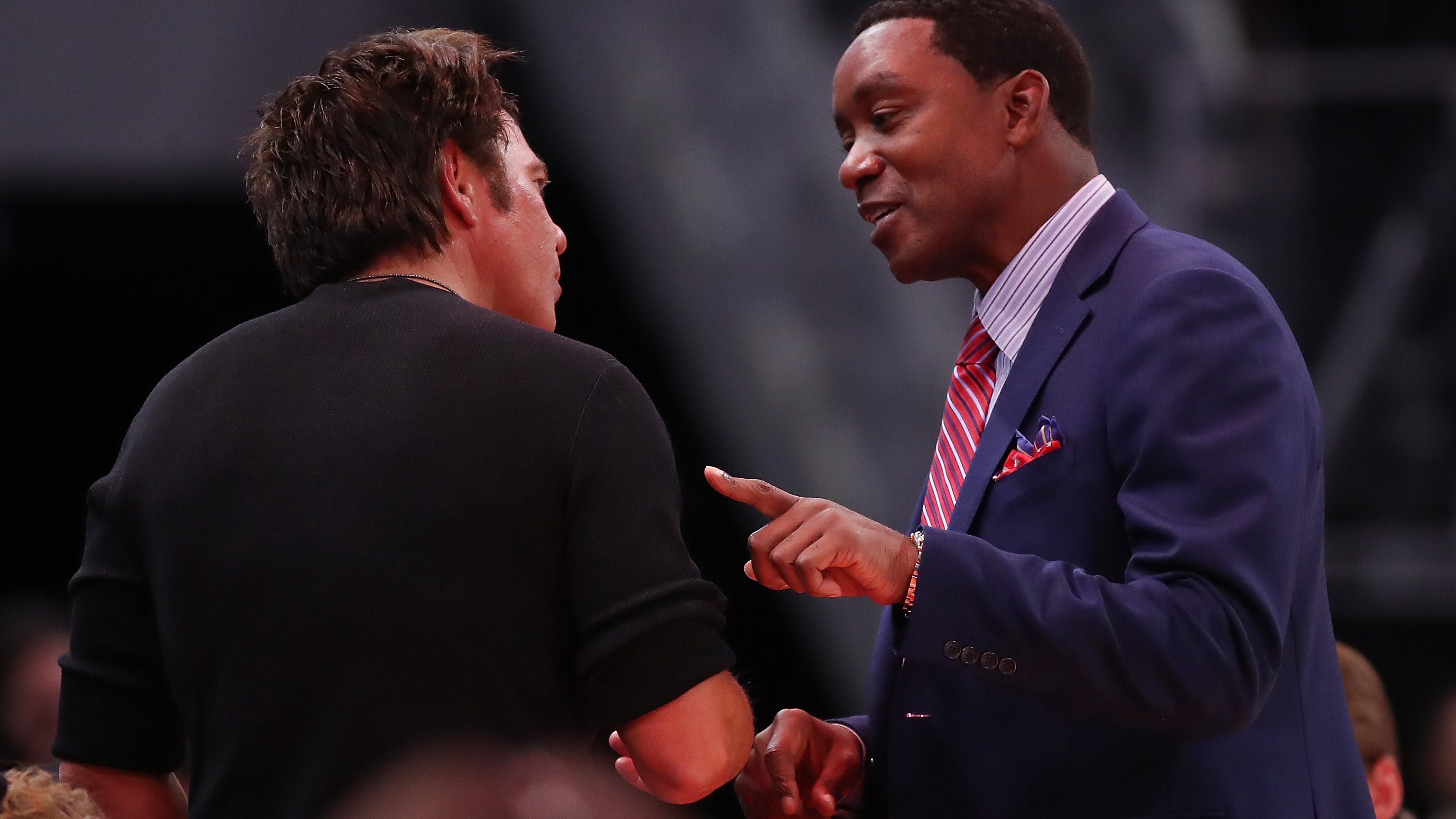 The Pistons also plan to put more on the plate of Doumbouya this season. And, if he proves capable, 2020 second-round pick Saben Lee. This is the core that new GM Troy Weaver wants to build around in Detroit.

Make no mistake, Detroit wants to put a competitive team on the floor. But its overarching overarching goal this year is to groom its young players for the future.

"The goal is always to win, to work to win, to have the mentality to win. But also the organizational goal is to develop all those draft picks we had this year, and you have to put Sekou in that group," said Casey.

Casey called it "the most difficult thing to do in sports," prioritizing the future without sacrificing the present. He oversaw a similar process in his early years as head coach of the Raptors, and it worked out pretty darn well.

"But it’s not easy," he said. "We have to ask for patience. I know that’s something our fans don’t want to hear in a championship city like Detroit, but there will be good things down the road with this group as they grow. And to watch them grow is going to be fun, it’s going to be exciting."

That said, Hayes and the rest of the rookies won't have an unlimited leash. They'll earn their time, and they'll risk losing it if they get sloppy. The Pistons want to nurture these players in a competitive environment.

"We’re not going to just roll the ball out and, 'OK, here you go, Killian. You got 40 minutes tonight. Make as many mistakes as you want to, we don’t care about winning.' No, we’re not here for that," Casey said. "We’d be doing the young players a disservice by having that approach."

Blake Griffin will remain an integral part of this team, assuming he stays healthy. Same for Derrick Rose. Free agents Jerian Grant and Mason Plumlee will log significant minutes as well. This isn't a team prepared to start four rookies and a second-year player.

But the youngsters will get plenty of action. And if they live up to the billing, led by Hayes, maybe the Pistons will surprise a few people along the way.

"We’ve seen all the polls, people saying we’re 28th, 29th. Well, that should put a chip on our shoulder," said Casey. "Hopefully that gets guys ready to go a little bit more when they see us ranked so low in the league."