He's not a scout by trade, nor does he officially work for the Red Wings. But Nicklas Lidstrom knows a good player when he sees one, and the Red Wings will always be his team. "I'm a Detroit loyalist," he said on the TV broadcast of the Wings' win over the Blue Jackets Tuesday night. So when he gets a call from Steve Yzerman or Kris Draper about a young player over in Sweden, Lidstrom is happy to put on his scouting hat on behalf of his former teammates. Especially when he gets to scout a player like Moritz Seider.

"Whenever they call, I give my opinion," he said.

Lidstrom had the pleasure of watching Seider frequently last year in the Swedish Hockey League. The Hall of Famer was once in the same position as the up-and-comer, a 19-year-old defenseman playing against grown men in the top league in Sweden. Except Lidstrom didn't dominate the league like Seider did. Lidstrom wasn't named Defenseman of the Year. And Lidstrom didn't graduate to Detroit the following season -- and notch three points in his first three NHL games.

"I don’t think I was ready to play at his level when I was 20," Lidstrom said. "I did play in the SHL, the highest league in Sweden, but I wasn’t as good as he was then."

So if Lidstrom won seven Norris Trophies, you can mark down Seider for eight. If Lidstrom won four Stanley Cups, you can bet Seider will win five. If Lidstrom was the greatest defenseman of his generation, you can bet Seider will be the greatest defenseman ... ever. In all seriousness, Seider clearly belongs in the NHL. He doesn't turn 21 until April and he's already logging north of 21 minutes per night. And this isn't the product of playing on a bad team. (In fact, the Red Wings might be good!) This is Jeff Blashill's best blueline in seven seasons behind Detroit's bench, and its best player might be Seider.

"He’s really poised with the puck," said Lidstrom, maybe the most poised puck-handler of all time. "He was a junior player last year and he played against men, but he was holding his own. He actually was initiating a lot of toughness, playing hard to beat, hard in front of the net. And he would join the rush when there was an opportunity, he would be an offensive player when there was a chance to do that."

For all the hype surrounding Seider, his offensive instincts might be underrated. He put up 28 points in 41 games last season in Sweden, then five points in 10 games for Team Germany in the World Championships where he was named best defenseman of the tournament. There's a reason he's playing on the Wings' top power play unit. When Detroit had a 4-on-3 opportunity in the season-opener, there's a reason Blashill sent Seider and fellow rookie Lucas Raymond onto the ice.

"I've got faith in both those guys," Blashill said. "I think both of them have a lot of game in them. They are certainly both guys that can be really good on the power play, so thats part of the reason why they end up out there. There's other guys that could be in those spots, it's competitive, and ultimately those are the two we decided to go with."

It's early, which bears repeating. But through three games, Lidstrom said both Seider and Raymond look like they belong in the best league in the world.

"And it looks like their trust in themselves is so high, too," said Lidstrom. "They know what they can do, the confidence is high. They’ve been doing it in the SHL for a year or two. Now it's just a matter of doing it every night, the consistency of being able to play against top players every night." 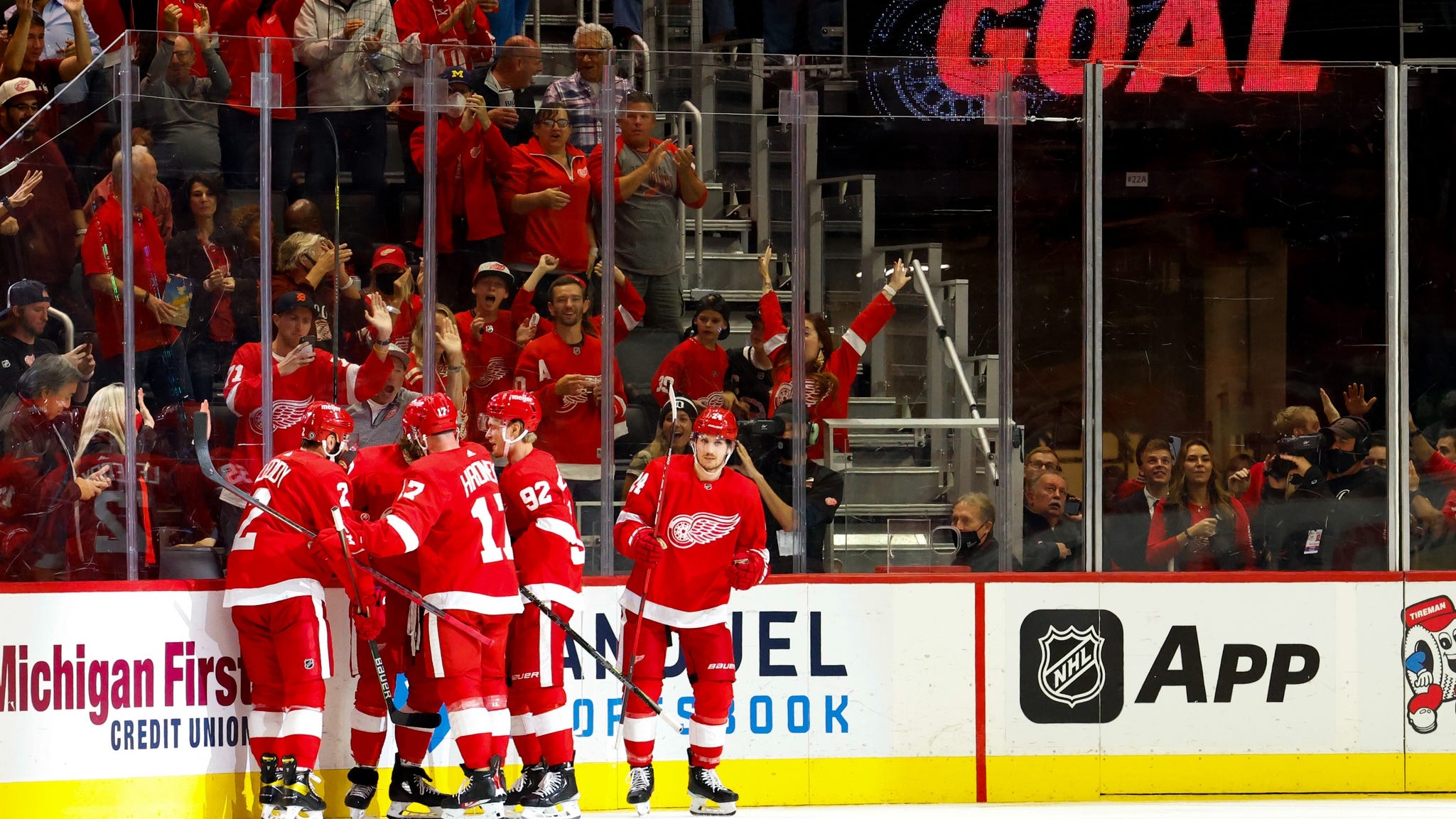 The duo delivered Tuesday night. Raymond broke a scoreless tie in the third period with a wicked wrist shot for his first NHL goal, then assisted on the game-winner a couple minutes later. Seider finished plus-two and was all over the ice. Lidstrom said Raymond, who spent the past three seasons playing professionally in Sweden, is adjusting well to the NHL's smaller ice surface.

"He’s a smart player. You can see, even though on the bigger ice you have more time, I see him making the same plays here, reading plays real well. He’s a quick thinker, he makes plays real quick when they’re there," Lidstrom said. "I think he’s doing an excellent job of (processing), and he’s the same as Seider: he’s very poised with the puck. He’s hanging onto it when there’s an opportunity to do that, so I see a lot of potential in Lucas as well."

The compression of time and space in the NHL can rattle young players, especially those from overseas. But 19-year-old Raymond doesn't look or sound fazed. This is the game he loves.

"Hockey's fast," he said. "It’s played at a fast pace, especially in the best league in the world on the smaller ice, but it's fun to play out there. It’s a game that I like and you just gotta be quick with it."

The Red Wings have picked up five of six points in their first three games, and their two youngest players have six points combined. Times are changing in Hockeytown, just like they were 30 years ago when a young defenseman arrived from Sweden.